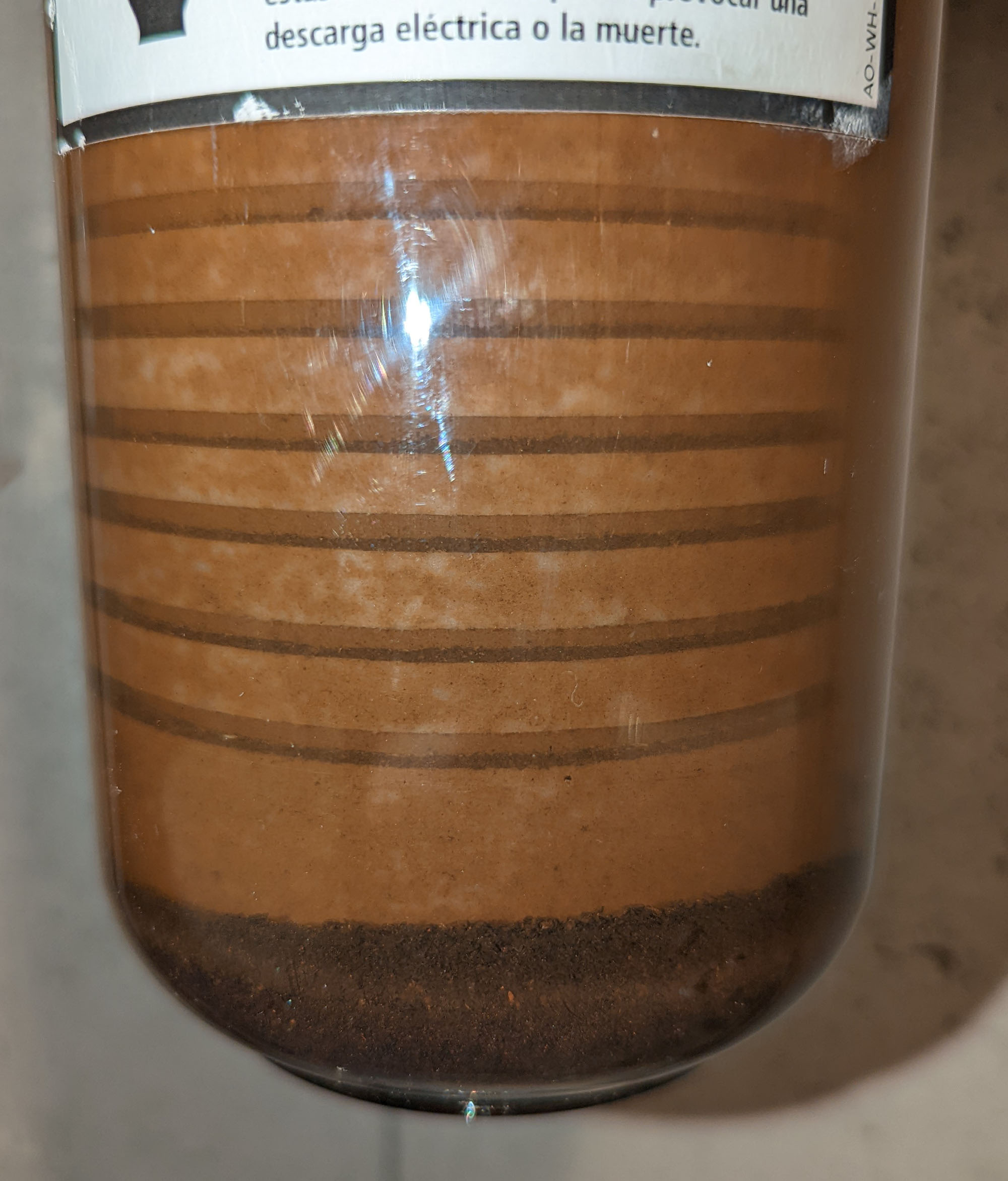 However, wouldn't new dirt/silt indicate well lining failure, and that the pump may be fine but is now using more power to pump up the silt?

I wouldn't want to pay $4K and then have to re-install a new pump after getting the well lining fixed ($10K+!!). How should I proceed to get this diagnosed and fixed efficiently/correctly?

Google (or duckduckgo) surge develop well to get an understanding of what can happen when a pump short cycles for whatever reason. What you see could also have come from the air side of a captive air tank with a busted diaphragm (or bladder).

All the contractor wants to do is sell you an expensive and short lived variable speed pump (constant pressure pump). The pump is still running. He should have disconnected the pipe at the well and tried to pump the sand out. Could also be from a bad tank as was mentioned, which will cause rapid cycling and trip the overload in the motor. Rapid cycling can also stir up the well. The "constant pressure pump" or variable speed pump will bind up big time with sand. Don't go back with one of those whatever you do, and a new pump should only be considered after you fix the problem, which is not the pump.

Well has been in service how long? 15 years, or was the well already 15 years old when that pump was installed.? Maybe the well over time has filled with sediment, and raising the existing pump another 10 ft will get you out of the sediment. Depends on how much water you have above the pump.

There can be a way to clean out the sediment too. I don't know if that works on 700 ft deep wells, but it can work for many wells. They pipe a big flow of air, from a big engine-driven compressor, into the sediment.. Crud and water blow out like a geyser.

Thanks for the replies.

I chose to have the contractor replace the pump which he's working on today--replacing the pump with a a 2-wire Flint and Walling 5 gpm 1-1/2 hp Wire Submersible Pump.

After re-installing all the pipe to ~600 feet (no change in height, I assume) and then upon turning it on, it ran at 40A--contractor indicated that is way too high, and that the pump was bad from supplier and he needs to get a replacement.

I suspect those here would say he dropped it back in to the sediment buildup and it seized?

He didn't think sediment was a problem, and that the pump would/should bring it up. He says the liner is a bit old and flakes off a lot (looks like the grit that comes off of asphalt roof tiles). Perhaps he doesn't have the equipment to blow-out the sediment, so doesn't offer it?

Currently, he's pulling the pump all the way out again... I'll update this thread as the story unfolds.


Incidentally, when calling around for other estimates, another contractor was strongly suggesting that I also replace the copper wire on the premise that there was a good chance the wire would fail after having it pulled-out & re-run, and that I'd need to replace it again in the near future anyway. However, at ~600 ft., and today's copper supply/prices, it would have more than doubled the cost to over $8K!

Valveman said:
....Could also be from a bad tank as was mentioned, which will cause rapid cycling and trip the overload in the motor. Rapid cycling can also stir up the well. The "constant pressure pump" or variable speed pump will bind up big time with sand. Don't go back with one of those whatever you do, and a new pump should only be considered after you fix the problem, which is not the pump.
Click to expand...

This contractor only mentioned the variable speed pump after I asked if there were upgrades these days compared to 20 years ago, but didn't recommend them, all things considered.

I didn't notice any rapid cycling--when on, the pump would slowly raise the pressure, no needle-jumps, and after reaching cut-off, the pressure gauge didn't seem to be falling to my eye, and during the time the pump was "kind-of" working, it wouldn't trip overload many hours (overnight), so I assume that means there wasn't a leak in the system.

I'm not sure how rapid the cycling would be to be of concern, but I assume not the pressure not falling more than ~20lbs overnight is OK?

In any case, I'll be sure to put a camera on the pressure gage and record overnight when nothing should be using water to look for a leak/problem.
Last edited: May 3, 2022

the symptom of short cycling adds to the disease of well failure (pump, tank, plumbing)

every pump turn on jolts the motor's bearings, the connectors all along the whole line, pushes on the bladder in tanks, stirs up sediment and runs stress through everything and that's within a NORMAL expected controlled cycle like every properly installed and calibrated non-CSV setup should look like. When something in the setup causes on-off too quickly, short cycles basically burn the candle from both ends. The candle is your expensive pump motor.

In your situation I'd be leaning towards another event causing increased turbidity (undissolved solids in the pumped water). We refer to varying degrees of turbid water up here on flat earth simply as "mud". Something could have changed (earth does this sometimes) that is causing your pump at its traditional depth to suck in mud. Especially if you are catching it in the filter.

If the wet end and motor were mucked up in mud but dropped very deep, it is possible that the assembly could be effectively rinsed off clean by other water in the casing as it was raised up. That gets rid of the evidence.

I have seen equipment advertised in Water Well Journal from the NGWA (a publication for the groundwater industry but its really just ads) for handheld devices that basically perform a gyno exam on the casing until it stops on solid earth or goes into a void of the aquifer. Perhaps use a well tech that can "see" the health of your well from the top? Seems to me like sending an expensive new pump into a void that you cant see is not very different than reverse russian roulette. Take one bullet OUT of the chamber and spin the barrel and hope you dont get hurt. The one bullet you took out was the dead pump. OR... Let the guy that says darrrrr dead pump sell you a new one to pump mud until it quits. Sometimes I lose track of the original posters question and go into a rant. Hopefully I stayed on topic. Hope this helps.

Pump contractor installed new pump/motor. Initial 2-wire motor didn't start up, so he replaced motor-only with a 3-wire motor. He believes the previous pump seized up: offered to let me keep it, but I didn't want to spend the time on the failure analysis.

The new pump/motor pumps out clean and clear water.

He demonstrated how the sediment and brown water was years of build-up in the pressure tank and how to flush the tank by repeatedly filling the tank and letting it drain to zero -- each flush cycle revealed a decreasing amount of brown sediment.

After flushing the tank a half dozen times, the new sediment filter is somewhat brown, but not as bad as before, and contains almost no sediment... likely the next filter after a week or so will be near-white for many months.

So in this case, the sudden brown sediment filter seems to be due to the pressure tank going to near-zero (after the pump circuit cut power to the pump motor that was trying to drive a failing pump), and releasing a bunch of stored-up sediment toward the house sediment filter.


While I appreciate the information/help from others in this forum, it's an interesting demonstration of humanity's attraction to conspiracy and mystery instead of accepting the likely/mundane explanations. So beware when asking questions in chat-rooms, and judge the answers/suggestions reasonably.

LLigetfa said:
What you see could also have come from the air side of a captive air tank with a busted diaphragm (or bladder).
Click to expand...

Taking the pressure down to zero however will cause the pump GPM to spike on startup and that could disturb sediment stuck to the inside of the pipes or bring new sediment up from the well. That is a form of surge developing. I stand by my initial comment that sediment either came up from the well due to the old pump short cycling, or it came from the air side of the tank.

Every year or two I do a pressure tank flush, and get sediment. Not super impressive but significant enough IMHO.

I have posted my procedure a few times including on
https://terrylove.com/forums/index.php?threads/is-my-pressure-tank-bad.99255/#post-713993

@Goodguy5000HD , that is similar to what you described in post 8.
You must log in or register to reply here.

Looking for advice on sizing...pipes for my well

The Well Pump is Acting Up Again