This is how it went: I got a call from my boss to go to a dentist office and replace the parts that flushmate had sent so his toilet won't explode! OK. So I go there and put band around tank and install external regulator.no big deal.the next morning I get a call from my boss and he says"the dentist called and said there's a puddle around the toilet you worked on so go back there and fix it!"for the next hour while I was driving there I was beating my self up ,thinking I did something wrong.when I got there the dentist was telling me it's leaking from were the supply connects to the external regulator.after he got out of my way I said I need to just watch it to see were it's coming from.then I saw a drop of water come out of a factory made hole in the external regulator,I called flushmate and the tech sounded like it was the first time this has happened and they are sending another external regulator and the dentist needs to send the faulty one back.so now I'm waiting to go back for a third time .so after I called my boss and told him he says"so what am I supposed to do charge them for 3 trips at 100.00 dollars per hour with a three hour minimum? that's 900.00 dollars to install a part." I said " I don't know" and went on my next call. So my boss is pissed,the dentist is pissed. What's your thoughts on this? 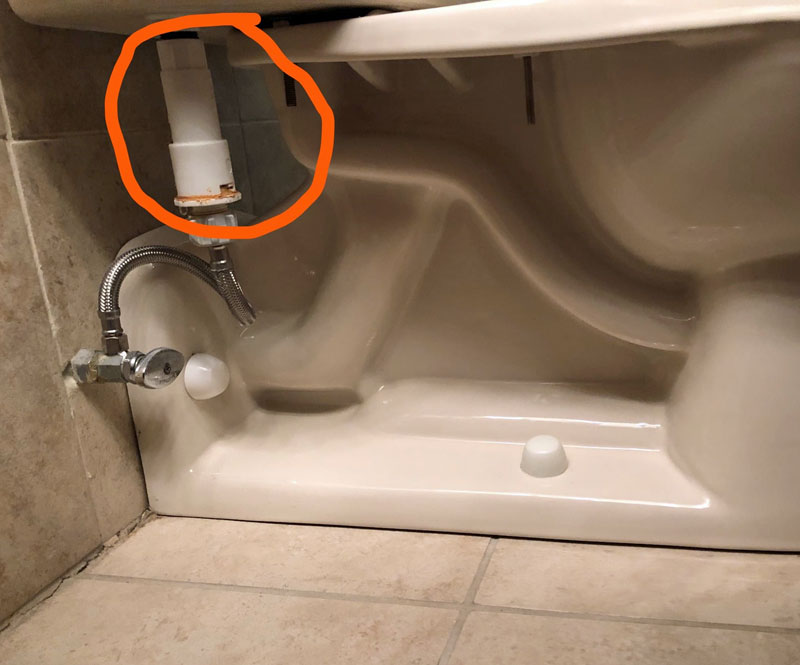 snap cutter said:
So my boss is pissed,the dentist is pissed. What's your thoughts on this?
Click to expand...

I don't know what to say. Flushmate calls to me can be very iffy. The darn things can go twenty years without an issue, and other times they just seem to glitch out. The recall thing has added some problems. Now when I go out, I ask about the dating to see if it's in the recall zone. I think I need to have the parts on hand for that, as the customers rarely have any idea that there might be a problem. I try to avoid the calls when I can on Flushmate now.
You must log in or register to reply here.
Share:
Facebook Twitter Reddit Pinterest Tumblr WhatsApp Email Share Link
Top