Who has the best NFL fans in football? Tom Brady now thinks it's in Seattle!

"This will be fun," Brady said about the road trip on Wednesday. "It's always nice when you take 53 guys on the road and you say, 'This is all we've got and this is all we need and this is what we have to do.' And see 70,000 fans, if you can keep them quiet or turn them on their own team. I think that’s an exciting part for road teams, is to see if you can get them booing their own players."

Everyone in Seattle was laughing when they read that comment last week. We knew that Tom had never played in Seattle before. The fans in Seattle are famous for their support of their Seattle Seahawks football team. Some think we are naive, but one thing for sure. We do have a hella good time at the games! 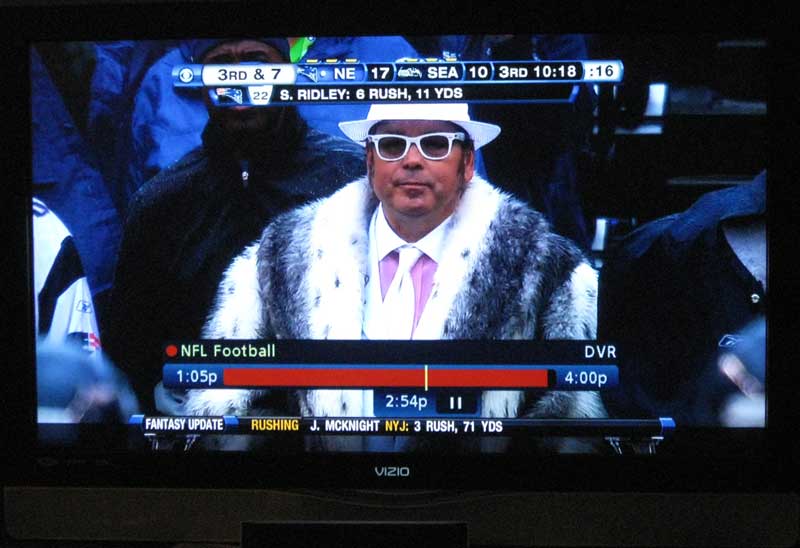 And this is how my little brother Shannon keeps warm at the game.

I’m not sure Patriots quarterback Tom Brady knows what he’s getting into. He’s never played at CenturyLink Field, so when he and his New England team come to Seattle on Sunday, it will be his first taste of the famous — or infamous, depending on your point of view — 12th Man.

But Brady apparently isn’t intimidated. He can’t wait to come into the CLink and make Seahawks fans shut up. In fact, he wants to put such a beat-down on the Seahawks that Seattleites boo their own players.

well, the Browns seem to have a full stadium so all things considered, they must have pretty loyal fans. I'd guess KC has the best because there is nothing else to do out there. 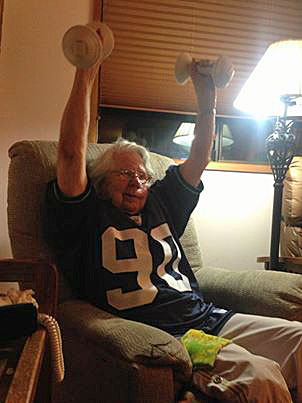 I still think Seattle has the best fans. And Sunday Night football thinks so too.
http://seattletimes.com/html/seahawks/2021833455_seahawksscene16xml.html

Some of that is because of this 96 YO woman here. The jersey says 90, but that was just her age when the Seahawks organization gave it to her.
Years ago, the NFL decided to penalize the team on the field for the noise in the stands. That was in the Kingdome era. My family had 32 seats near the tunnel where the Seahawks came onto the field. Us loyal fans, being who we are, were loud and noisy, rooting for our team. The refs threw a flag, and back our team went. This happened over and over again. We started getting quieter wondering if it was all over for the fans.
This woman in the picture above, stood up and turned to the fans behind us in the Kingdome. She told the fans that if we let the refs take the fans out of the game, we were all done. No longer would the fans have a voice. After her little speech, the fans within eyesight roared louder. The team lined up again, and we roared like the fans we were, and still are. The refs pushed our team back, and then back again. Finally they huddled and conferenced together. The refs decided to let us be, and no longer penalized our team for us being supportive.
And now, Seattle still holds that Love Family tradition, of being loud, supportive and being the best football fans on the planet.
At least that's what Sunday Night Football thinks, and all the teams that come to play us.

And bye the bye, I loved watching the Seahawks play the 49ers tonight. 29 to 3, Way to go Hawks! 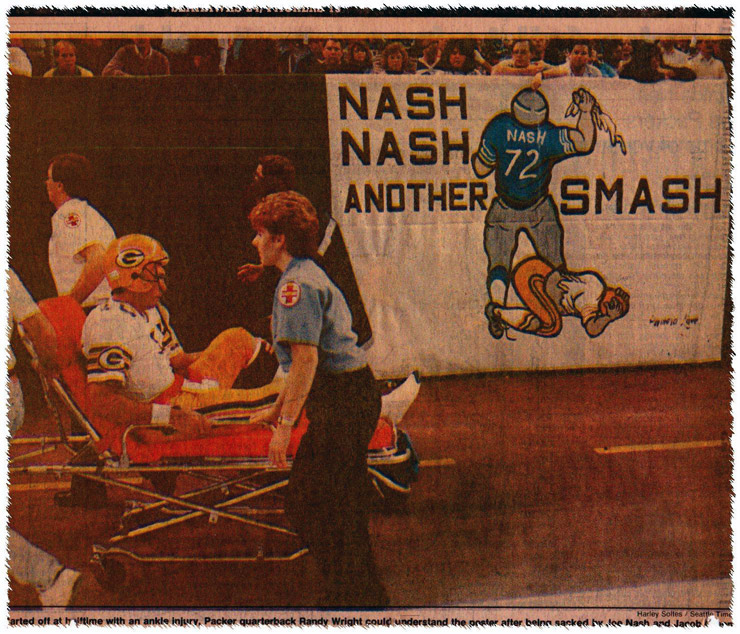 And old Pam Love poster from the Kingdome days.
Last edited: Jul 19, 2014
You must log in or register to reply here.