Hello, I have been having issues for past few years with any 'rubber' seal or gasket that disintegrates that is present in the connection between the hot water pipe and our Bradford White water heater. This is a newly built home with a new water heater, and we first noticed it when we saw black specks in the bath tub when hot water was running. Below is a picture of the initial setup of the heater pipes when we first noticed the problem. 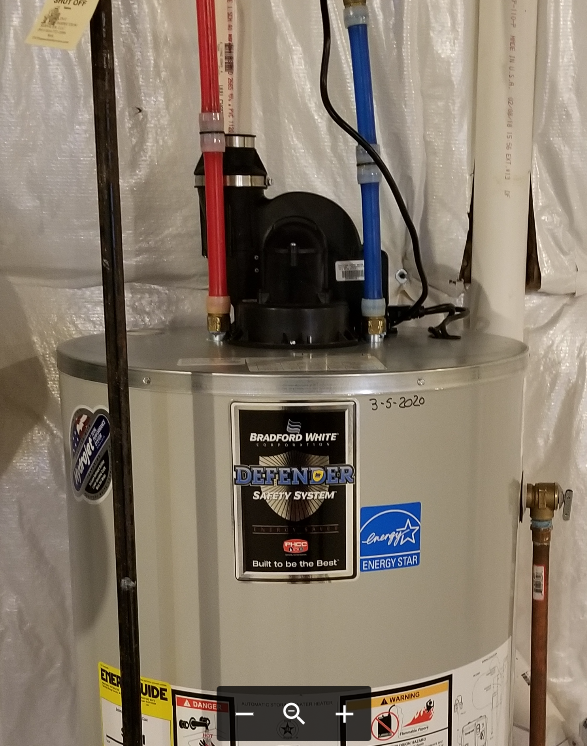 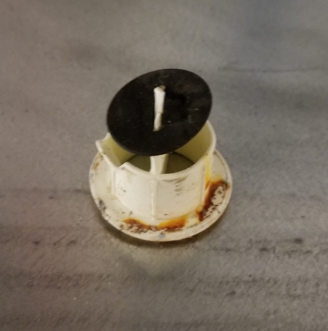 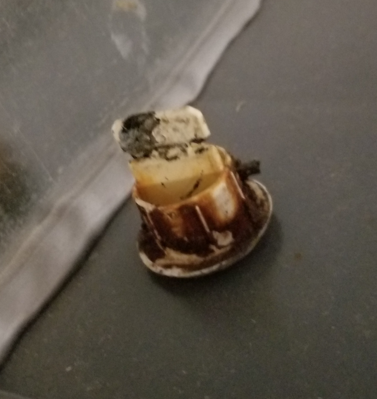 So the plumbers replaced the entire water heater because they did not understand what was causing this, and after a couple months it happened again... They gave up, so I hired new plumbers, and they decided to install a different type of connection with different type of dielectric union in between - However, now the rubber seal in this dielectric union totally disintegrated- causing leaks which caused the steel to corrode (black specks still coming out in the hot water around the house). See pictures below: First picture is the connection that corroded, second picture is the type of connection they used, and third picture is after a few months - the rubber totally disintegrated and disappeared which caused the leak... 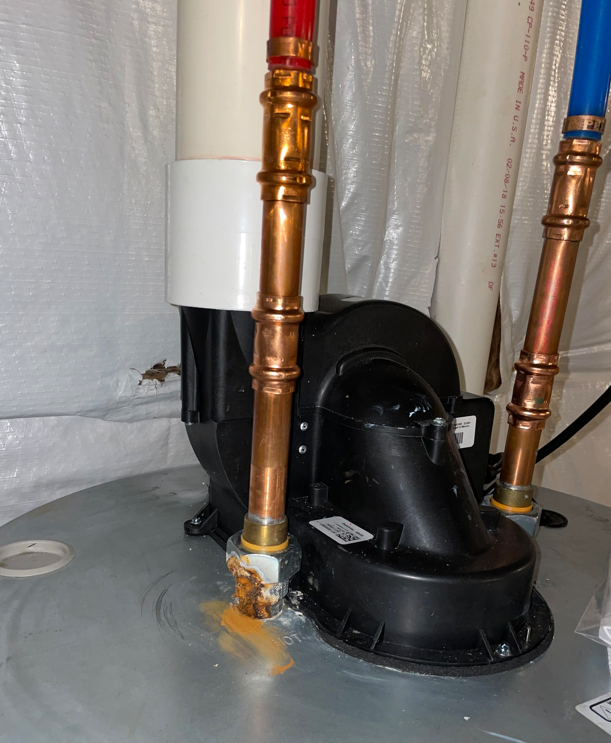 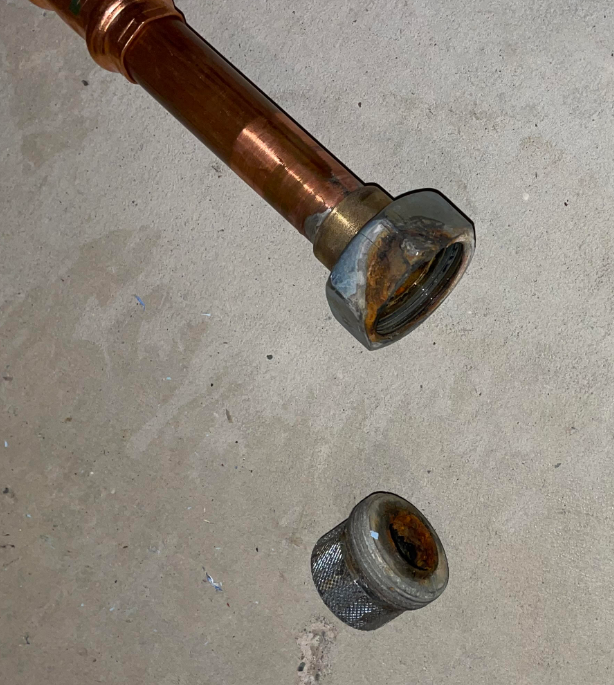 They have no idea what is causing this. We even replaced the vent pipe on the water heater to a larger diameter to allow for better heat escape. We got our city water tested professionally to make sure the water wasn't an issue.
This only happens on the hot water side, so we are assuming it has to do something with the initial interaction between the hot water leaving the tank and the pipe, but cannot figure out the reason.
This plumber also says that there is no other type of connection that they can change to because of the current code, and they are lost as well why this is happening.... Is there anything that can be done or different type of connection that doesn't have these rubber or plastic components?

Please help us. Thank you.

Let me add some pictures here to look at. 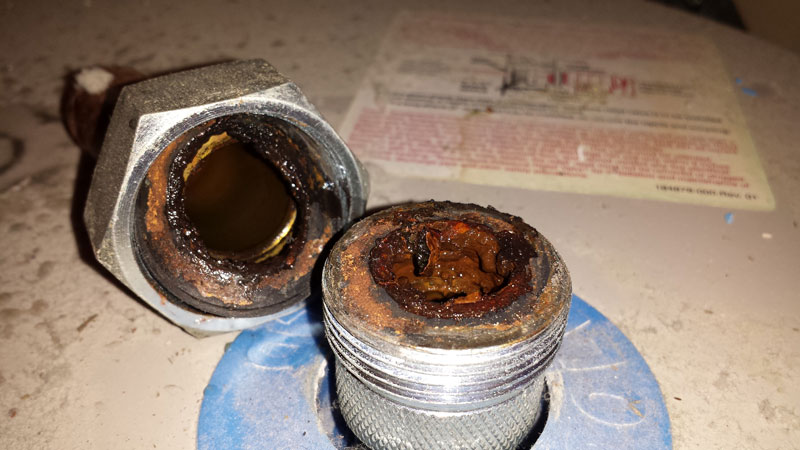 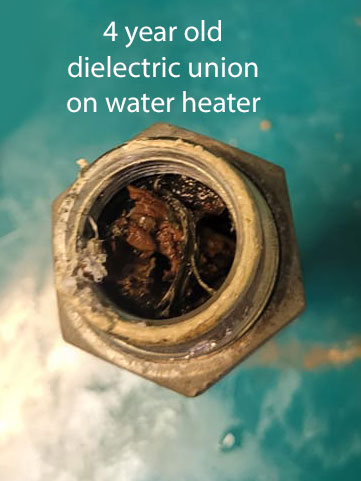 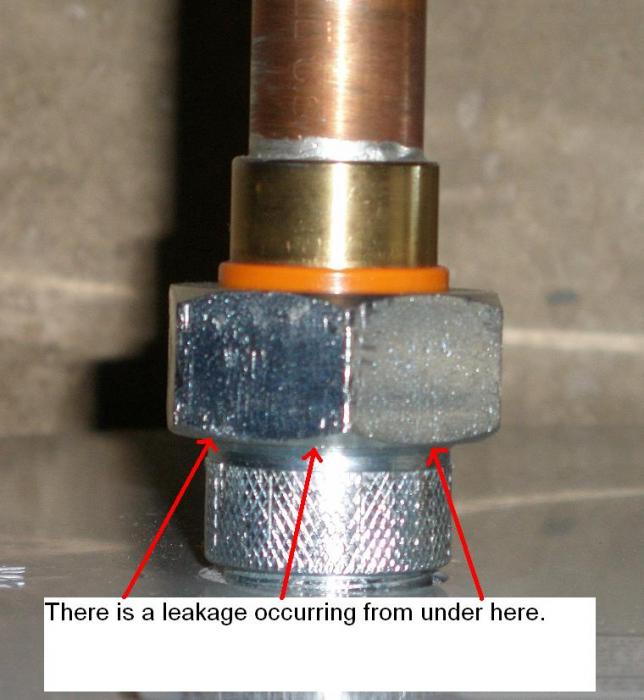 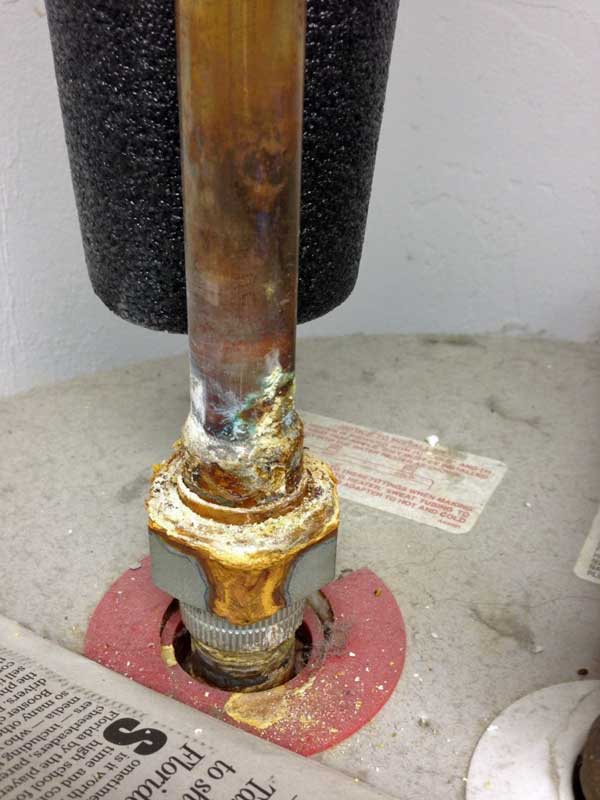 Master Plumber Mark from Indiana and me from Seattle use these connectors. The last as long as the water heater.
I won't install dielectric unions, it's a waste of time. I don't know anyone around here that does. These supply lines will do the same thing, but do it well. I see them go twenty years all the time. 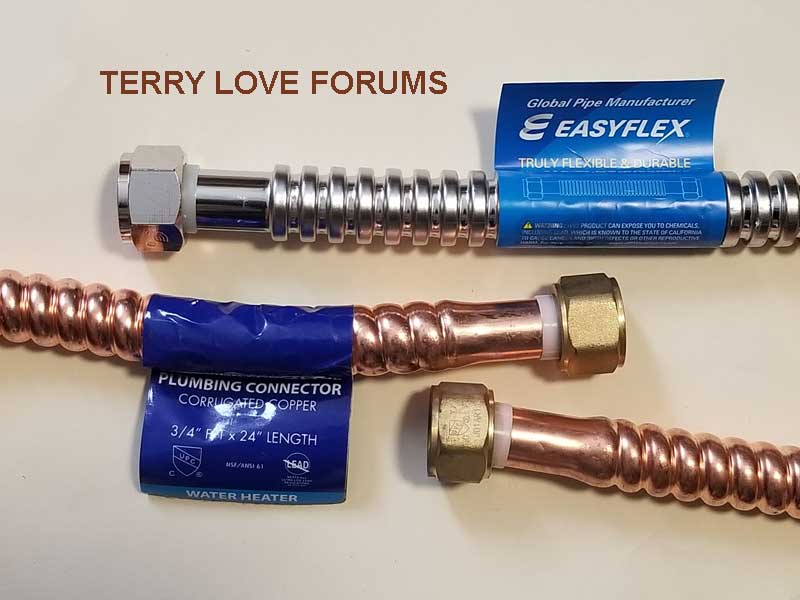 I install 24" water heater flexes. It's too hard to get a good sweep with 18" lines.

Hi Terry, thanks for the advice. Are these 'per code' as our plumbers put it? Also, are there any rubber components within these supply lines that would disintegrate?

Our parts are less than 4 months old and it is eating up the rubber that quick. Could there be another underlying issue and not the parts themselves?

For some reasons they are not code in some states. They want them on the West Coast because we experience earthquakes.
They do have a rubber washer at the ends, but here that isn't an issue. They last.
Any rubber on the hot side will fail before it will on the cold side. Kitchen faucets are notorious for the rubber washer on the stops failing, breaking up, jamming faucets. Often when I install a new faucet in the kitchen, if the hot stop doesn't close, and sometimes even if it does, I replace with a 1/4 turn stop. I don't like those little rubber bits winding up in the faucet.

So they allow PEX to a gas water heater, that was okay? We can't do that here. They want a metal line the first 18" on gas.
You could pick up one of the Sharkbite by 3/4" FIP supply lines. Cut the copper, push the Sharkbite end on and then thread up the nut to the water heater.

Most water heaters will come with a plastic lined nipple at the top of the tank. I sometimes will replace a nipple with a brass nipple.

Vent has a over temperature control 165° resets at 135° don't think your having a over heating problem at the fan but possibility of flue gas over heating the pipe. Dia fittings should be good to 180°. Here are some hi temp gaskets for the dia unions. Time for a phone call BW by your plumber.

Do as Terry or Fitter30 suggest or replace that short section of copper with CPVC pipe and dielectric unions will not be needed. CPVC is good to 200º. I just replaced my 15 year old electric water heater and there was zero corrosion at the brass fittings threaded onto the heat trap nipples. Use Sharkbite fittings and go from the water heater to the PEX. 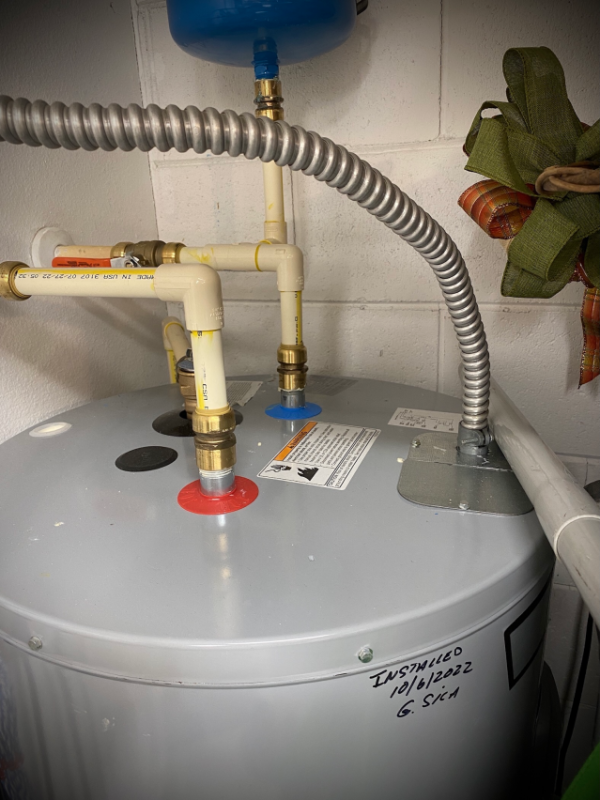 The installer obviously never took classes on how to properly install a water heater. IMHO

The heat sink prevents stratification of hot water entering the CW line and it does not rely on any rubber or other moving parts
You must log in or register to reply here.

The case for plastic lined nipples vs Di-electric unions.