I have a Moen Posi-Temp shower (Single-Handle Tub/Shower).

Shower was installed in 2013 and had been working good until this past September, when I had to replace the cartridge - after the shower handle got stuck and would not turn. Worked OK after cartridge replacement, but then this new problem.

My question is, could this increase in shower pressure be due to the (new) cartridge going bad? Or something else?

Thanks for any ideas. 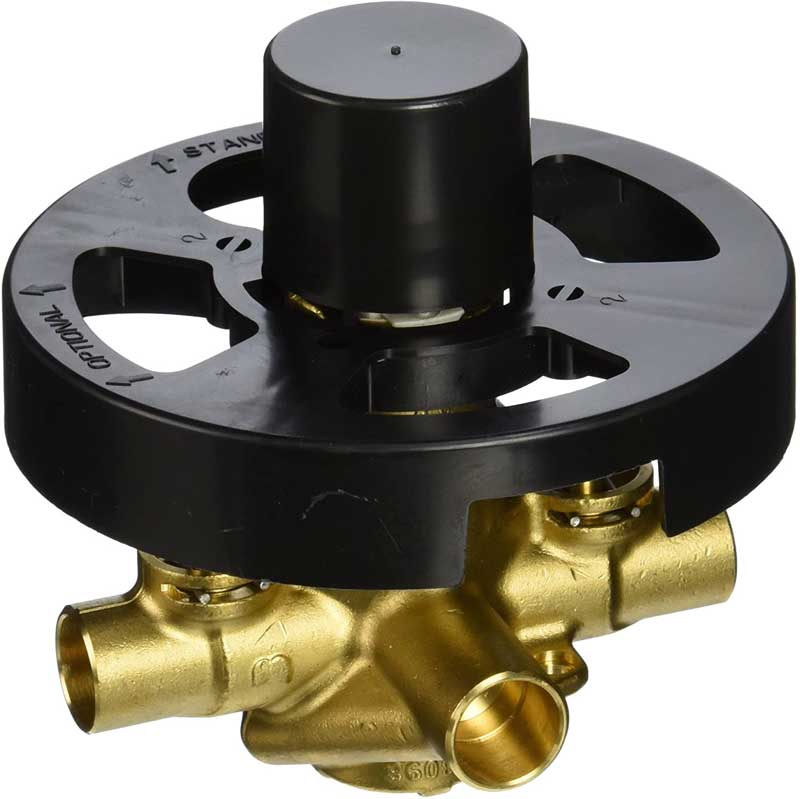 Normally not the cartridge if the pressure increased. How is it in other parts of the home?

Don't notice any pressure increase in any other faucets. But now that you mention it. We had a plumber hook up a pressure gauge to the utility sink faucet once, and mentioned that our pressure was high.

Bluebell said:
Don't notice any pressure increase in any other faucets. But now that you mention it. We had a plumber hook up a pressure gauge to the utility sink faucet once, and mentioned that our pressure was high.

So normally you have pressure that's a little low for you and now it's gotten better and what's the issue?

A showerhead does not increase pressure, it accelerates the water...IOW, the pressure is the same, it is just going faster because of the nozzle.

But, actually higher pressure will increase the flow, which will make the water try to move faster still. The restriction in the nozzle makes the fluid try to keep going at the same volume, but it can't because of the restriction, so it goes faster trying to compensate. It will still not flow as much.

So, checking your incoming water pressure could be part of it. Your shower valve can flow about 5-6 gpm out of the tub spout (assuming it's a tub/shower), but all shower heads are restricted to a maximum of 2.5 gpm (less in CA). To get that, they have a restriction and that is what causes the water to speed up. Same principle in a rocket engine. Fluids are fluids, and react to the same rules.

If your incoming water pressure exceeds 80-psi, code says you should have a pressure reduction valve (PRV) and add an expansion tank, too. Most people do fine with 50-psi, or even less.

Thanks everyone. I'm thinking the restrictor part in the shower head has busted, and that is the reason for the sudden increase in pressure. Sounds like I need a new shower head (since right now feels like showering with a power washer lol).

And also maybe a PRV.

I did happen to replace the hot water heater last month, and the new one has an expansion tank.

Bluebell said:
Thanks everyone. I'm thinking the restrictor part in the shower head has busted, and that is the reason for the sudden increase in pressure. Sounds like I need a new shower head (since right now feels like showering with a power washer lol).
Click to expand...

Glad it is sorted out. Maybe you could sell that showerhead for a small premium, or somebody locally might trade even-up for your unrestricted showerhead. ;-)

An advantage of both old and new 2-handled valves is that you can individually control the flow and temperature. Some of the 1-handled valves, such as Moen Moentrol, let you do that too, with rotary motion selecting temperature, and a different axis controlling the flow.

What is the difference between a Posi-Temp tub and shower valve and a Moentrol shower valve?

solutions.moen.com
I wondered if you can convert to the Moentrol and get independent volume and temperature control. The things I found regarding conversion only seem to be for the trim, not function.
Last edited: Jun 26, 2022

Replace restrictor, address high pressure first by getting a gauge and checking.

Thanks everyone. Big help.

Off to get a pressure gauge and see if I need a PRV.

Will leave showerhead alone for now...just maybe with PRV the shower pressure will be just right...

As utilities do maintenance or expansion to account for growth, they may need to raise the pressure or change the size of the supply pipes, and that can dictate what pressure you'll see. I'd ask my neighbors if they're seeing a similar effect. You may not have needed a PRV before, but you might now.
You must log in or register to reply here.

Water lukewarm in one shower - hot every else