Did my CSV valve install today. Went pretty well. The instructions that came with the valve were concise and easy to follow. The large tank is now shut off. Going to build a stand for the new small tank so the inlet faces down. I get some black sand and do not want to fill the tank. 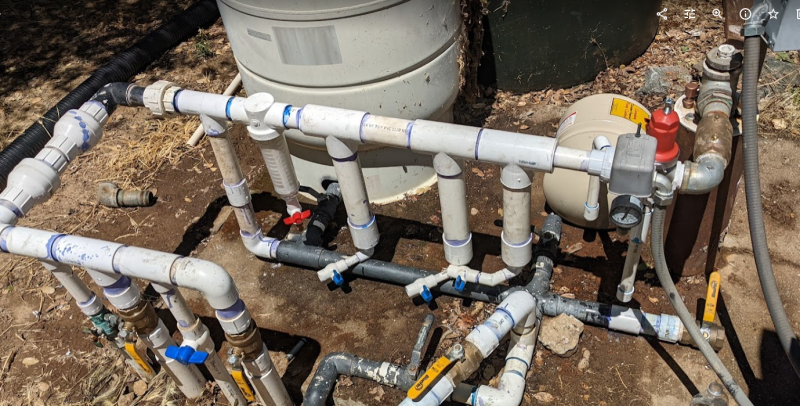 24 hours of pump cycles before CSV install. This is with partially water logged tank. And I have couple small leaks.
Irrigation starts at 4 AM

Looks like a good install. Will look a lot different with the CSV and smaller tank. Pretty cool graph. Will be interesting to see the difference after adding the CSV. Thanks for that.

greenmonster123 said:
What are all of those tees for between the well and filter
Click to expand...

Sometimes get some black sand. My homemade sand trap.

You should try to pump the well hard and see if you can get rid of some of the sand. Sometimes all you have to do is run the pump for a few hours or days.

Valveman said:
You should try to pump the well hard and see if you can get rid of some of the sand. Sometimes all you have to do is run the pump for a few hours or days.
Click to expand...

Actually had to change some pool water due to too much CYA and too little rain over the winter. Since I did that the sand seems to be mostly gone. But it seems to come and go.

Irrigation starts at 4 AM. Quite a few less cycles with the CSV. Zones 3 and 4 can be combined to run at the same time. Not sure about 5 and 6. Maybe I will recheck the CSV settings at 2 GPM. The motor current on the graphs is not yet calibrated or verified. 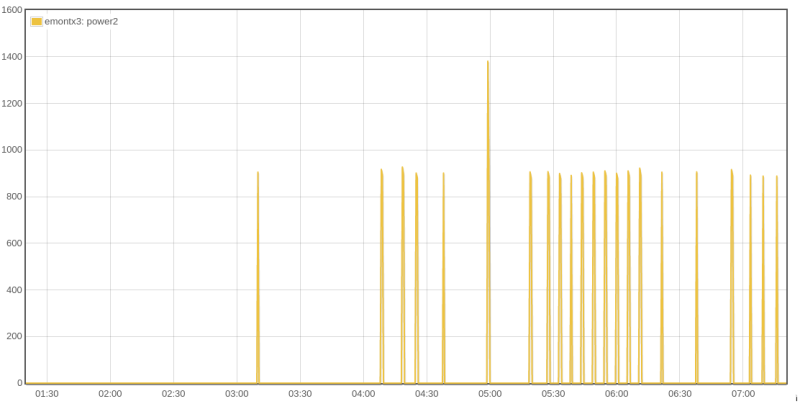 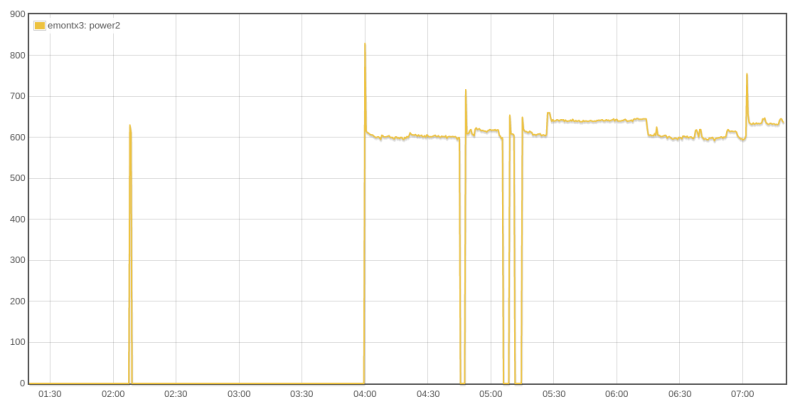 Interesting data! Looks like the CSV took it from 21 cycles to 8 cycles. But it also looks like the zones between 4:45 and 5:15 may have too much time programmed between the zones. Tightening them up where it just goes from one zone straight to the next would eliminate 6 of those cycles, reducing the cycles while using the CSV to a total of 2.

The watts are also very interesting. Without the CSV shows the pump ran 21 fairly short periods of time at 900 watts. With the CSV the pump ran almost continuously at 600-650 watts. Again, if you program it to go directly from one zone to the next without any, or at least very little time between zones, it should run continuously and not cycle 8 times. But even the 8 cycles is not hurting anything and means the CSV lets you run things just about anyway you want.

I have been doing comparisons like this for 30 years. But these new whole house monitor systems and new devices are making it much easier to get the info. Thanks a lot for the side by side comparison! Le me know if I can help in any way. Cary

Excellent! That got the irrigation zones close enough together that there is only one cycle for the entire irrigation set, as it should be with a CSV. The CSV reduced the total number of cycles from 21 to 4 that way. 8.1 and 9.2 amps is really good if that is a 2HP, 13 amp pump? Do you know what brand or model number pump it is?

Valveman said:
...
I have been doing comparisons like this for 30 years. But these new whole house monitor systems and new devices are making it much easier to get the info. Thanks a lot for the side by side comparison! Le me know if I can help in any way. Cary
...
Click to expand...

I use emonTX to collect and an emonPI board on a Raspberry Pi single board computer running Emoncms. That data is sent to the home automation platform Home Assistant. So far just have some graphs in Home Assistant. 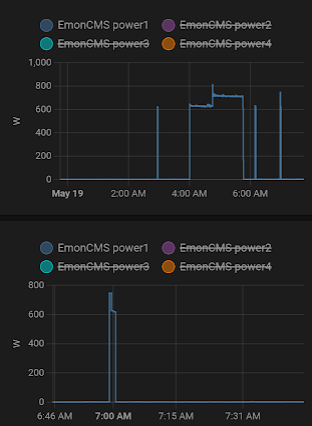 You would LOL at the rudimentary cycle counters and paper tape amp monitors I used 30 years ago when I started doing tests on CSV's. Most of those CSV systems we set up to test 30 years ago are still running. Had to remove the monitors because the paper tape would have been long enough to reach the moon by now. Would have been interesting to have 30 years worth of data on those pumps that before adding the CSV only lasted a few years at best.

Is that a 20 GPM Pentair pump as well? I didn't think that floating stage style pump would drop in amps so well when restricted. Dropping from 12.2 amps to 8.1 amps when using a Cycle Stop Valve is pretty good. That is about a 30% drop in amps. I think their 10 GPM series do good to drop 10%. Some floating stack type pumps like the Grundfos will drop 50%-60%, which is the best I have seen. There are a lot of people who still think restricting a pump with a CSV makes the pump work harder and the amps go up. All anyone has to do is look at an amp meter to see the amps drop when using a CSV, which I understand is just the opposite of what the brain wants us to think. Lol!

Yes it is 20 GPM Pentair, but I do not know the model. Will find out and post next week.

Were the sand traps effective? I have some sand in my irrigation water (pump from a small stream) and have a small screen filter but it has to be cleaned often. Have been looking at sand traps but without going to bigger pipe (haven't found much on it but what little I found used 3 or 4") the velocity of the water will be high and not much sand will fall out - at least that's what I have been reading.

My sand seems to come and go. After pumping 5000 gallons into the pool, it seems to have cleared. So I do not really know.
You must log in or register to reply here.

Did I just blow my well pump with my new CSV??