Post your opinion down below. If you know another one you like or prefer, list it down below. My favorite is the Crane Placidus from 2003 and above but unfortunately they don't make that one anymore. Anyways this is for WALL MOUNT TOILETS ONLY!

Starwarsith88 said:
Post your opinion down below. If you know another one you like or prefer, list it down below. My favorite is the Crane Placidus from 2003 and above but unfortunately they don't make that one anymore. Anyways this is for WALL MOUNT TOILETS ONLY!
Click to expand...

I gotta say the Kingston. Great bowl wash, powerful flush, and an old style flush too. I love it!

I knew you were going to say the kingston! I really like the new kingstons as well! I really liked the crane placidus because it had the old style afwall flush style... But stupid american standard ruined it and discontinued it. 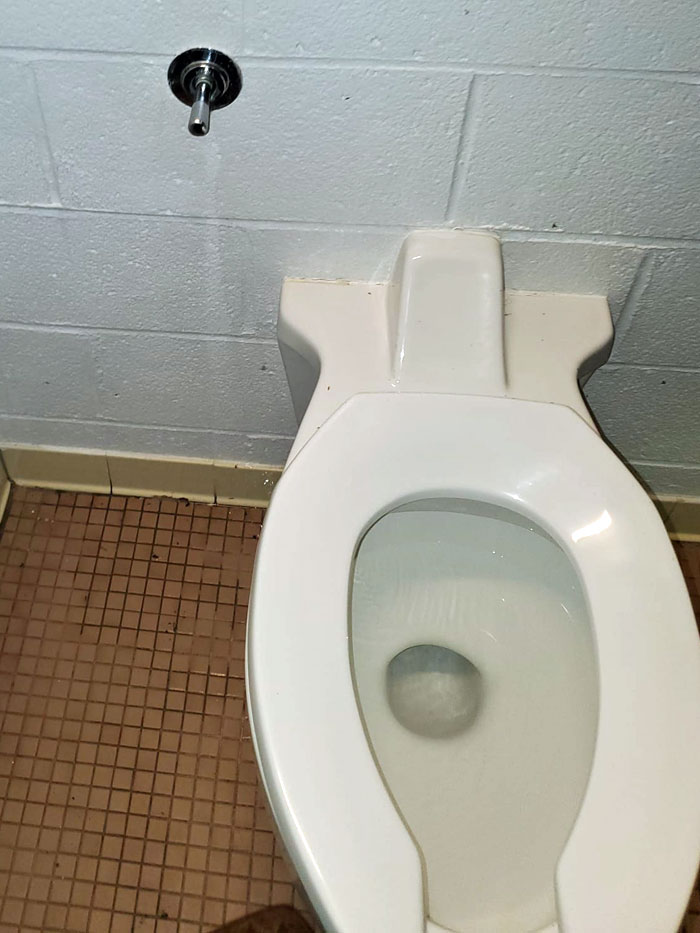 American Standard Afwall seen in a rest stop with the flush valve in the wall behind. 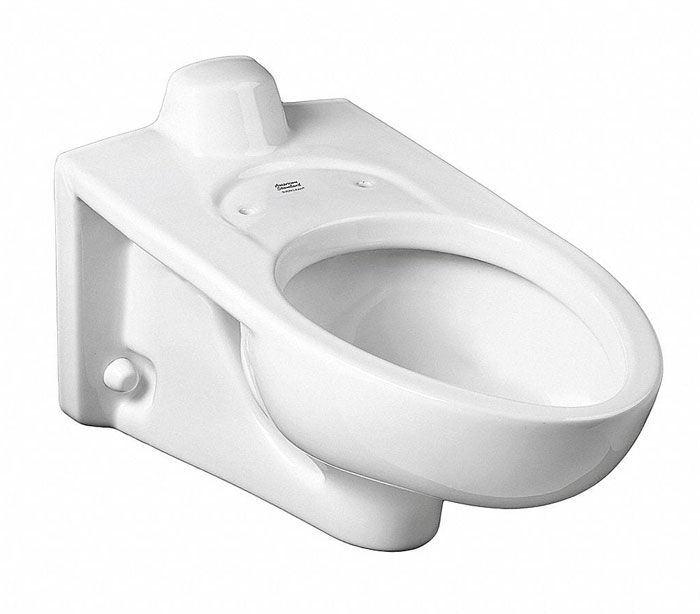 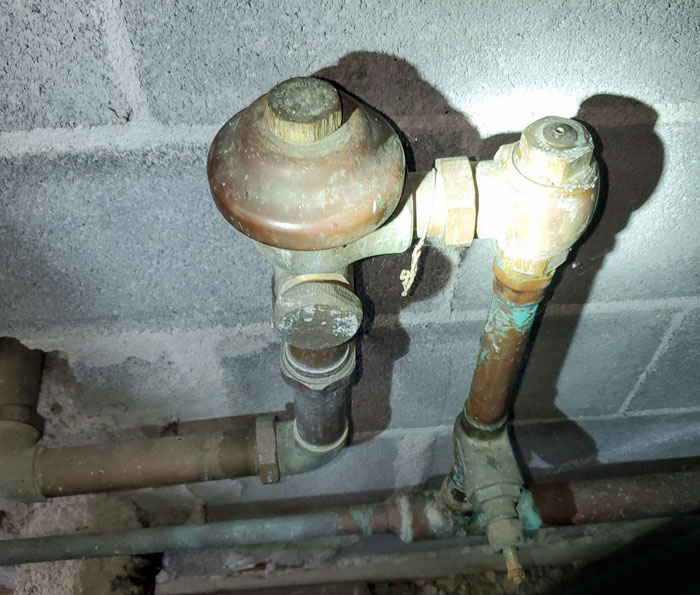 Wow.. Reminds me of installing plumbing in a few jails!

American Standard Afwall seen in a rest stop with the flush valve in the wall behind.
Click to expand...

The toilet in that picture is actually an American Standard "Glenco" 2500/2502 bowl. The Afwall bowls from the time period that those Glenco bowls were produced looked like this:

Top spud American Standard Afwall bowl from around the late 1980s in a community/rec center built in 1989. Both the Glenco and Afwall bowls were available in both top spud and back spud configurations. 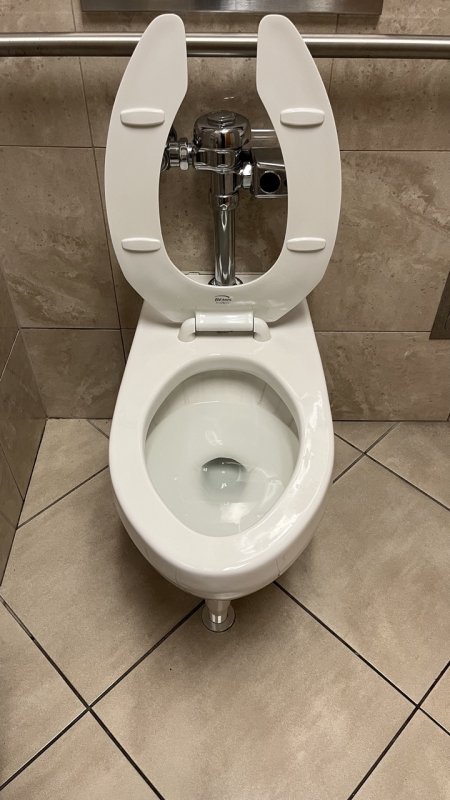 Circa 2007 top spud American Standard "Instanto" bowl with a Sloan Regal Flushometer + Zurn EZ-Flush retrofit sensor and a Bemis 1955SSCT000 seat. Located in the main concourse (near the A6 gate) at Jacksonville International Airport (JAX) in Jacksonville FL.

Also here are some pictures of some newer American Standard "Afwall Millennium" bowls: 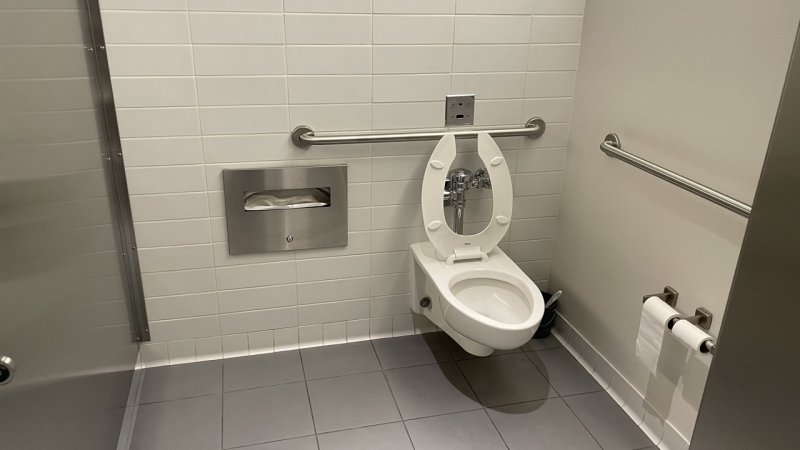 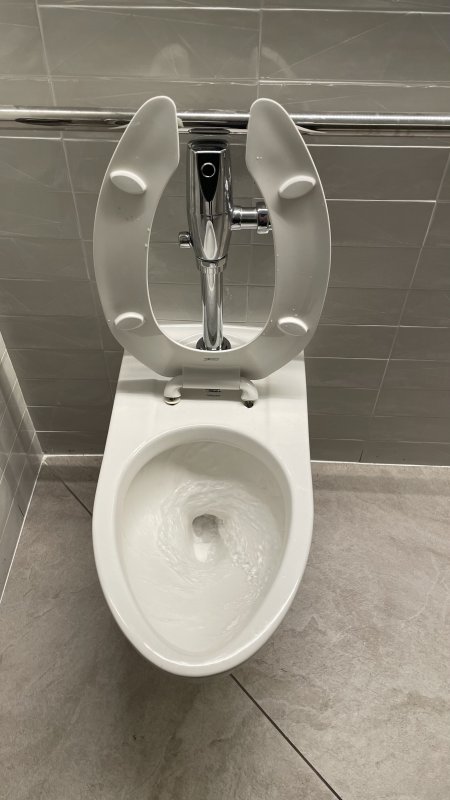 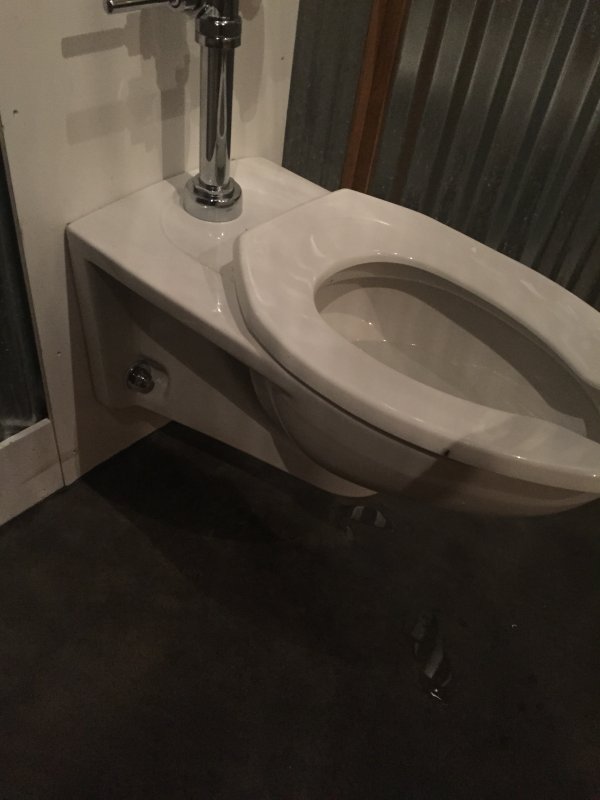 Here is another Afwall Millennium. I am not sure where this photo was taken but I do know that it was taken by my father in June 2015. 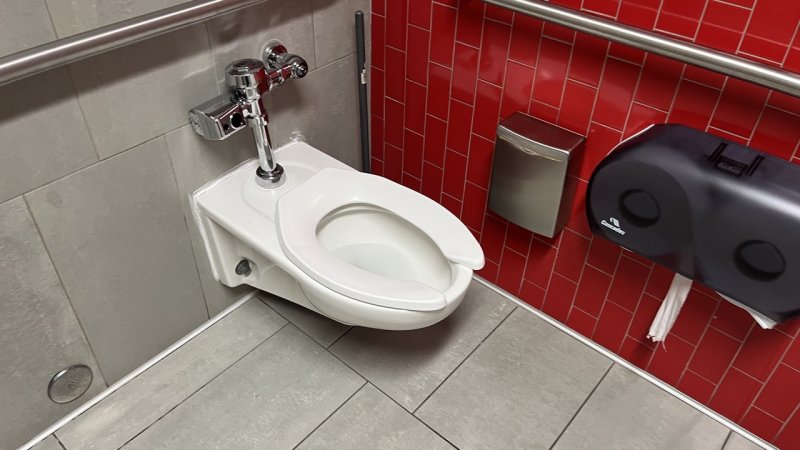 I really like the design of these bowls, these are probably my favorite fixture that American Standard currently manufactures. 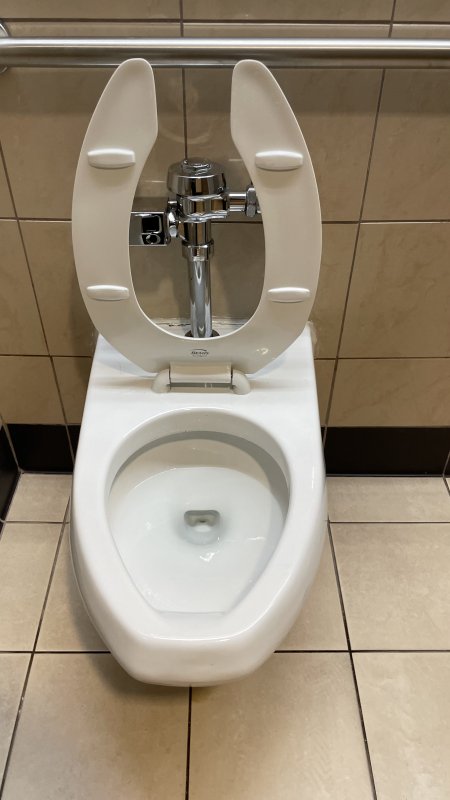 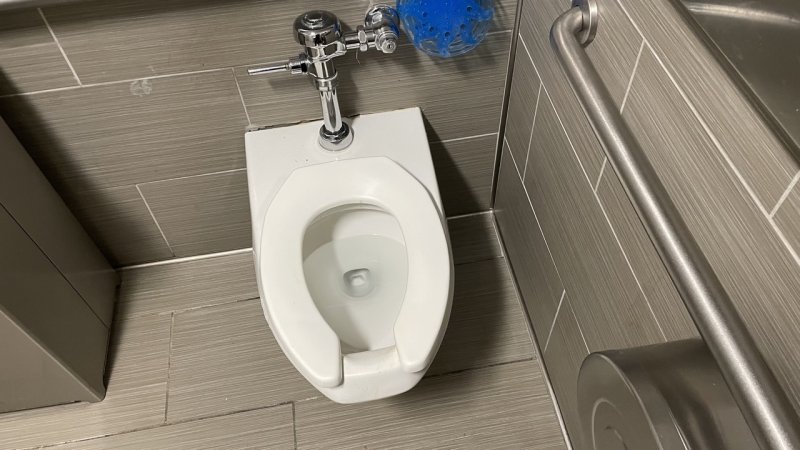 Circa late-2000s top spud Kohler Kingston bowl (model K-4330-0), with a Sloan Regal 111 flushometer (which appeared to have a urinal diaphragm in it), and a Bemis 1955SSCT000 seat. Located at Giant Food grocery store in Bethesda, MD. This toilet may have been a replacement since the other restroom here has a Crane Placidus bowl and both restrooms have Crane sinks. 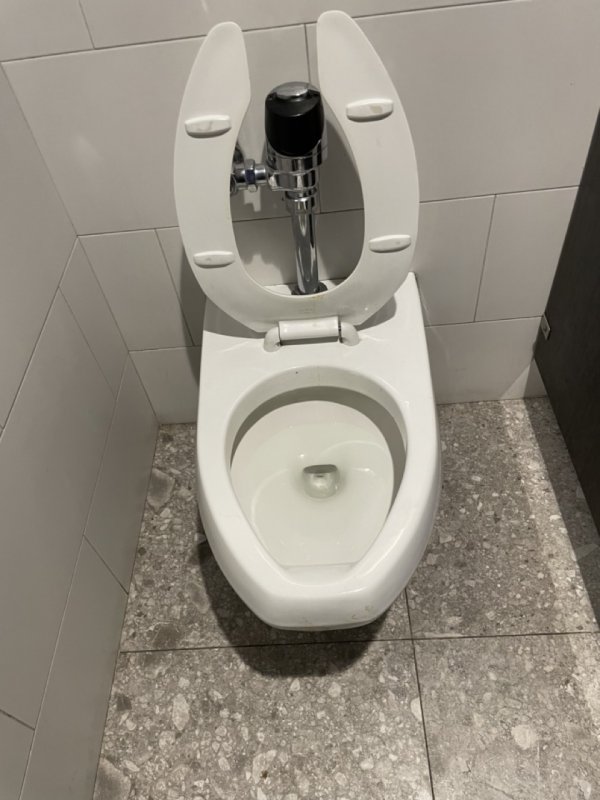 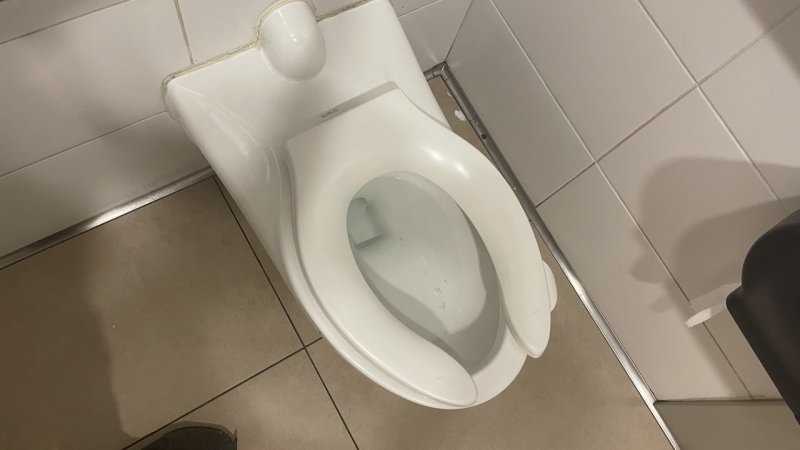 Circa 2013 back spud Kohler Kingston bowl (model K-4323-0) with a concealed Sloan sensor flushometer (not shown) and a Kohler K-4731-C-0 "Stronghold" seat. Located at a rest stop in Fairfield, CT. 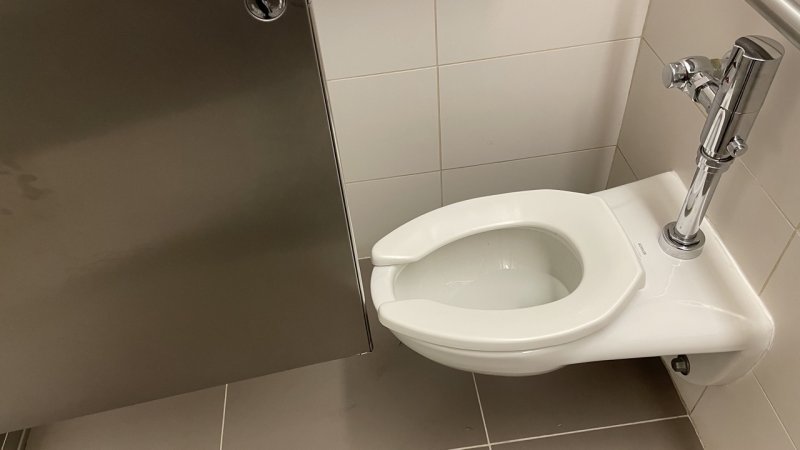 A different angle of the same toilet as above. The outline around the bowl indicates that it replaced a circa 2000s back spud Kohler Kingston (model K-4329-0) bowl.


Kohler's new Kingston Ultra bowls are my favorite wall hung flushometer bowls. The design is very resemblant of an Afwall Millennium (which I like, but I wish Kohler added a condensation channel). The Kingston Ultra bowls also have great performance on lower water pressure and have a wider trapway mouth and have a better swirl than the Afwall Millennium.
You must log in or register to reply here.