Is this drain hookup for laundry sink and stand pipe OK?

I have a laundry sink with 1 1/2 inch PVC pipe that hooks about two feet over to a sanitary T fitting (lower end to 2 inch drain pipe in basement floor, PVC 2 inch vent goes up to the roof - the vent also serves, through take-offs higher up, a shower drain and I believe also a toilet drain. It's all original installation, and no problems with any of it.

I would like to add a 2 inch standpipe for our washing machine right next to the laundry sink, and noticed this picture in a book on plumbing codes as an example of one way to handle this kind of situation. In my case, actually, the standpipe would be just after the sink attachment (rather than before, as in this photo), and I would replace the present 1 1/2 inch piping and fittings back to the 2 inch PVC vent and drain pipe with 2 inch PVC. Does this in fact show a code-compliant design?

Throw that book away, what it shows is not close to approved. The easiest solution is to drain the WM into the existing laundry tray. Beyond that we would need a picture of what you have to give an answer.

Here are photos (I hope I'm uploading them correctly!) showing the plumbing / vent pipes for the laundry tub in our utility room.

The first two photos show the two PVC vent pipes coming down by the laundry sink in our utility room.

The 1 1/2 inch PVC vent on the left connects to the top of Y connector (I believe it should be a sanitary Tee) that connects through a 45 degree fitting and elbow to the laundry sink and, at the bottom, connects to a cast iron pipe that goes into the slab.

The 2 inch PVC pipe on the right connects at the bottom to a cast iron pipe into the slab, where it serves, I believe, a floor drain about four feet away. It continues up, through the Y connector shown in photo 3 that joins those two vent lines. At the ceiling it turns horizontal into the ceiling in the adjacent bathroom. It runs horizontal for about 3 feet before connecting with the 2 inch PVC vertical vent pipe (photo 4) up through the main living floor and up through the roof.

The other end of that horizontal run goes over about three feet, then turns down, splits with a Y connector, to serve as the vent for a small vanity in that bathroom, and (I'm guessing) the toilet.

Now, back to the laundry sink photo. That 1 1/2 inch vertical vent pipe on the left, which serves the laundry sink drain line, also has a 1 1/2 horizontal vent pipe off of it just under the Y connector shown in photo 2. That vent line goes to the left about two feet, then turns down to a cast iron pipe in the slab to vent the shower drain piping under the slab. (I can't show that in a photo, because I removed that vent section temporarily so I can replace it, because the original installer did such a bad job. I'll be putting it back, of course.)
View attachment 6296 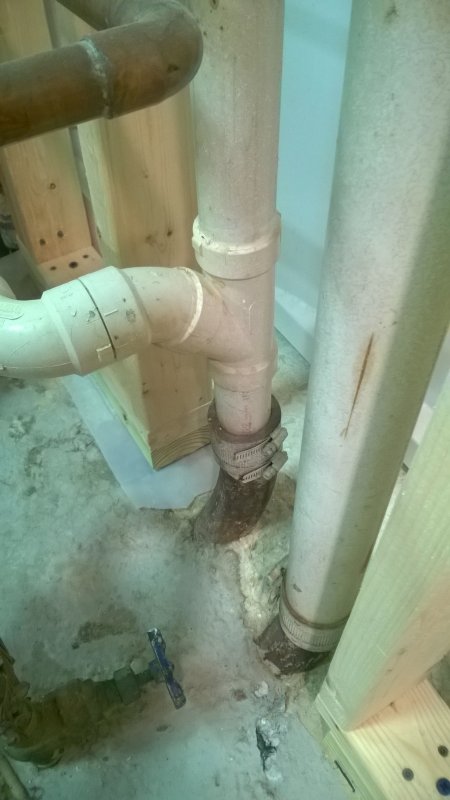 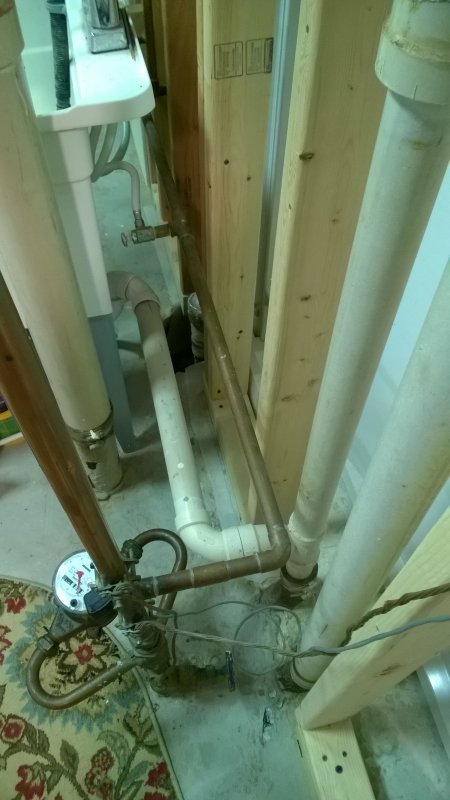 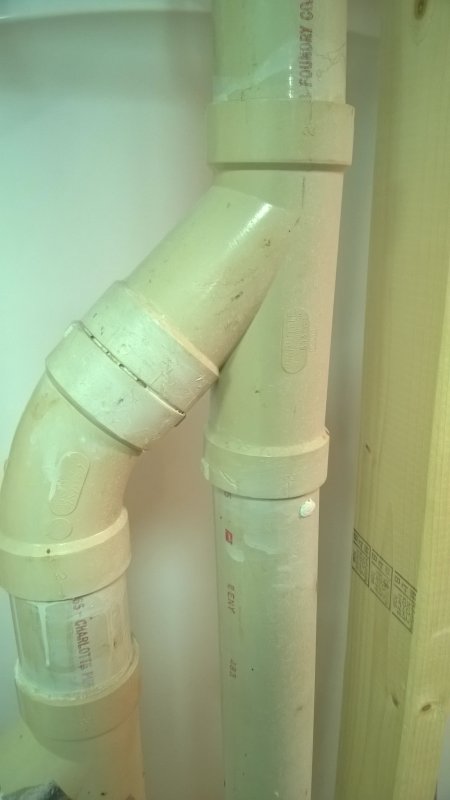 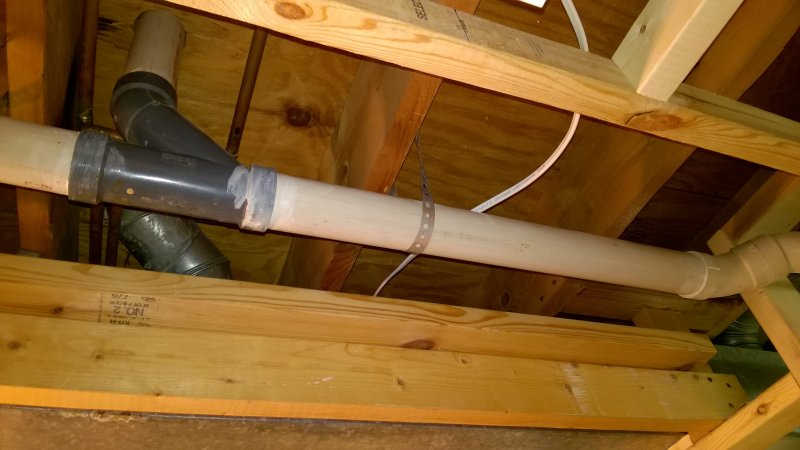