Zone works manually, but not on timer

I have three zones in my backyard, 2 of them are lawn sprinklers and the third is an irrigation zone for the surrounding plants/trees we've planted. I installed the sprinklers myself last spring. The irrigation zone is the one pictured as the tallest. My issue is the two lower anti-siphon valves that feed the sprinklers are working normally, but the tall one, the 'irrigation zone' does not come on with the timer; it does work manually by turning the solenoid or the releasing the bleeder valve, but even then I have to damn near twist the them until they almost pop off. Here is what I've done so far for troubleshooting:

(1) I fully replaced the valve, issue persisted (I thought the wires were bad)
(2) Switched the channel wires (was on green, switched to blue), issue persisted
(3) Cut and raised valve- my thinking was the valve was too low relative to the output location, issue persisted
(4) Checked timer- everything is functioning fine, all other channels work perfectly. When the timer does come on for this station I hear an electronic hum (I've heard this is normal).

My thinking now is I need to raise my sprinkler valves to the level of the 'irrigation valve' so that they are all on the same level. I've read that if the valves aren't on the same plane then it takes a lot of pressure to get water supply to the valve. Before I perform more surgery- does anyone know where I'm going wrong? Thanks! 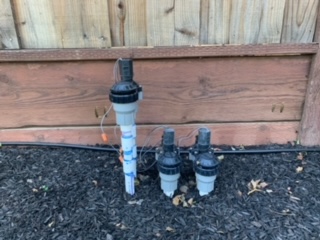 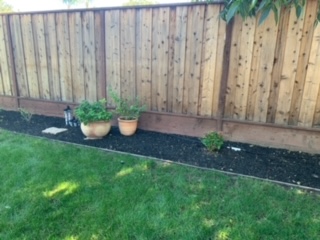 Height has nothing to do with it. Are you sure that 24v ac is at the solenoid for when that zone is activated? The hum indicates that it is getting voltage. Have you tried a different solenoid? At the first sprinkler for this zone, remove the sprinkler as if to flush the system. This will allow unrestricted water flow. If there is still the problem something is screwy with the solenoid.
You must log in or register to reply here.

3 of 5 Zones won't activate on timer

Have to cycle valves to get good/consistent pressure (MV setup)

All of my zones keep shutting off before cycle ends