Short cycling issue. Unsure if system is even set up correctly!

Hello folks. I'm hoping to get some advice here as the plumbers in my area that I've had out seem to not understand my rural water system.

Now, to the setup itself. I have a deep well (I don't have the depth in front of me, but lets say it's approx 200'). The water comes into our mechanical room and then through what I've been told is a 'venturi' loop for air injection. The amount of injection is supposedly controlled by a valve in the other side of the 'loop'). It looks like this: 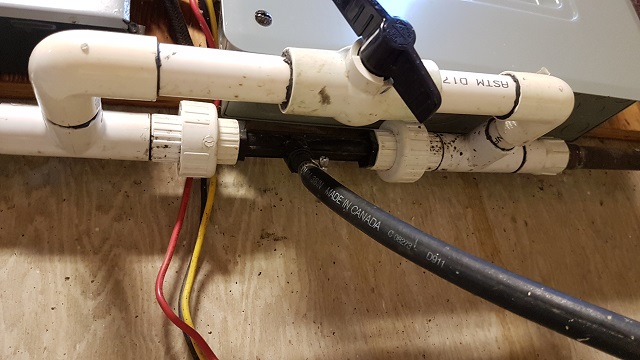 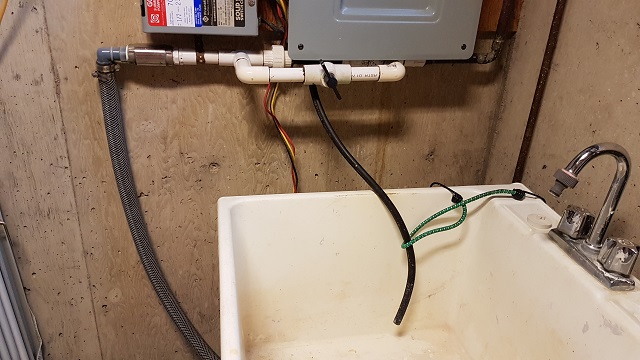 I've seen something similar online, a bypass loop used in conjunction with a micronizer but we don't have a micronizer (just seems to be a reduced flow thing that is supposed to draw air in from what I can tell...)

From there, the water goes into our pressure tank, which is a Well Mate UT-40 set up to be a hydropneumatic tank (no bladder) - it has an air volume control (avc) that is installed through the top of the tank. Here is a shot of the bottom of the tank and the pressure switch. 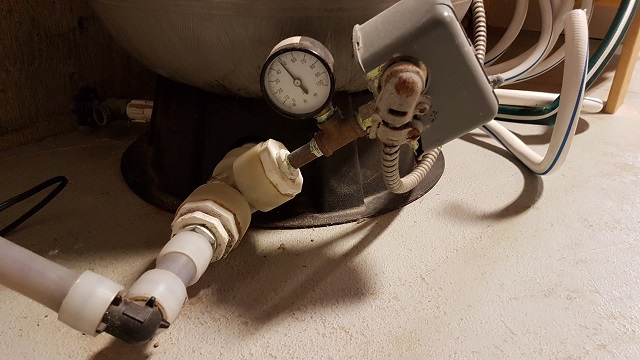 The last time the pump was short cycling, about 5 or so years ago, a plumber replaced the avc (the complete 'bent rod' and the AVC part at the end) and all was fine afterward. However, this time when I changed the AVC (they only changed the actual AVC part at the end this time) it hasn't helped (still short cycling afterward). The picture below shows the top of the AVC. 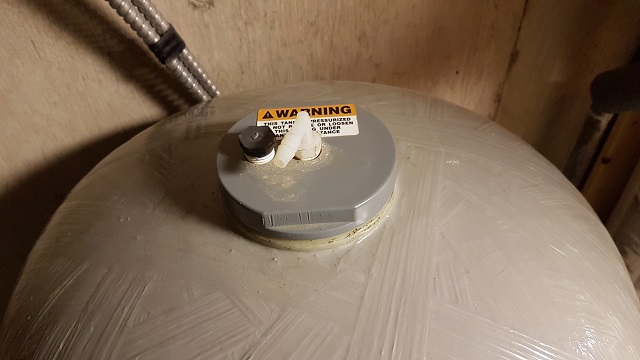 After the tank we have a greensand iron filter with a pot perm tank. When we moved into the house, it had a birm type filter but it wasn't controlling the iron so we replaced it with the greensand one and it seems to mostly do the trick on the iron (a rotten egg smell started just shortly before the short cycling began though). 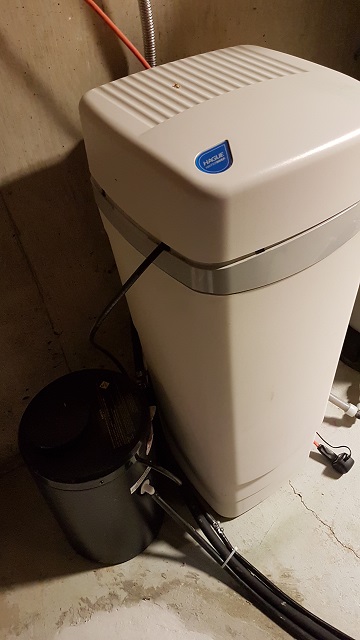 So my first question is what might be causing the short cycling? The guy that replaced the AVC said it was completely clogged with coal/carbon, and the inside of the tank was caked with it (all black). Could this lead to the tank itself being the problem and having to be replaced? That's what his suggestion was, to replace the tank..... (whatever I do end up doing, I've decided I'll install an inline filter before the tank to get the coal and sediment out of the water before it hits the rest of the system.....).

However, after a lot of web searching and talks with plumbers that seemed to have no idea what I'm talking about when I describe my system, I'm wondering if my current config is even proper. The questions bouncing around my head now are:

Does a hydropneumatic tank setup need air injection to work (to get the air into the tank)? If so, should I be used a proper micronizer instead of whatever it is I actually have? If the current air injector setup should work, could it be plugged with scale or sediment and just need a good cleaning/descaling?

Or was the air injector maybe there in the first place for the older birm iron filter and maybe I don't need it anymore at all?

I've very frustrated that no professional locally seems to really know what to do with this.... so I'm hoping that someone here can lead me down the correct path!!

Thanks 'well' in advance of anyone that can help!

That first picture appears to show a micronizer. My guess is that it's plugged and not functioning correctly. Looks like you have two unions to pull it out to clean.

Yes, a hydropneumatic tank needs the right air charge. Since the micronizer isn't working you have lost your air charge. Until you get your micronizer working I'd try to charge the tank manually. Is there an air fitting schraeder valve?

The rotten egg smell is because air is not contacting the water. Air neutralizes h2s.

You cannot put a filter between the pump and tank. You might try chlorinating your well to clean the oxidized h2s. That's what the air is doing (oxidizing). Even if you get a new tank you would still have that black residude in short order.

You're supposed to blow down the tank monthly to clear out the h2s residue.

Pentair makes a nice micronizer. I would look into that.

Welcome Corman. I would agree with Texas Wellman. It sound like your micronizer or Venturi isn't adding air to your system. It should inject more air than is needed and the excess is rekeased by the AVC. It sound like you have a conventional pneumatic tank because of water quality problems and your water is purposely being aerated. Because of your need to treat your water, you will never have a maintenance free system. The aeration system is precipitating material that was dissolved in the water.

I would suggest with starting by removing and cleaning or replacing your air injection Venturi or micronizer, and your AVC. you can find the specific part numbers on Well Mate's website.

You could temporarily fix your problem by replacing the black 1/4" plug on top of the tank with an air snifter valve. That a tire valve stem that had 1/4" pipe threads on the other end.

Where are you located in Alberta? My daughter and grandkids live in Edmonton. Been driving up there for 40 years.

Boycedrilling said:
You could temporarily fix your problem by replacing the black 1/4" plug on top of the tank with an air snifter valve. That a tire valve stem that had 1/4" pipe threads on the other end.

Where are you located in Alberta? My daughter and grandkids live in Edmonton. Been driving up there for 40 years.
Click to expand...

Thanks to both of you that replied, and sorry for the delay in getting back to you. I tried what you both suggested, and that did the trick!

I removed the venturi (which was just a reduced diameter section with an even smaller opening to draw in the air - not the kind of micronizer I see on the pentair site these days; the valve on the bypass loop seem to do what the dial does on the newer micronizer).

I saw right away that there was some iron build up on it. I soaked it for about 10 minutes in CLR and then ran a pipe cleaner through it a few times to unplug that smaller opening, hooked it back up and it worked like a charm. No more short cycling, nice constant pressure and the rotten egg smell is almost completely gone.

Boycedrilling, I grew up in Edmonton but now live about 30 minutes east of the city, in rural Strathcona County. Still commute into Edmonton each day for work. Sure is a small world!

Did that black hose dangling into the sink used to be connected to something?
You must log in or register to reply here.

Pump cycling randomly and precipitous loss of pressure after 30 seconds.