I thought this would just be a quick and easy job, but the more I look into it, the less I know how I should do this. I want to remove the garbage disposal from my kitchen sink. I posted a picture to another forum asking whether I needed p-traps on both drains. The current setup is a two bowl sink, garbage disposal on the left drain, and dishwasher hose connected to the disposal. There's a P-Trap from the disposal to the drain from the right bowl, then a goofy looped S-Trap where the outlet drops through the floor to the cleanout in the basement. The house is 90 years old and while the pipes aren't, they seem to have been pretty cobbled together over the years. 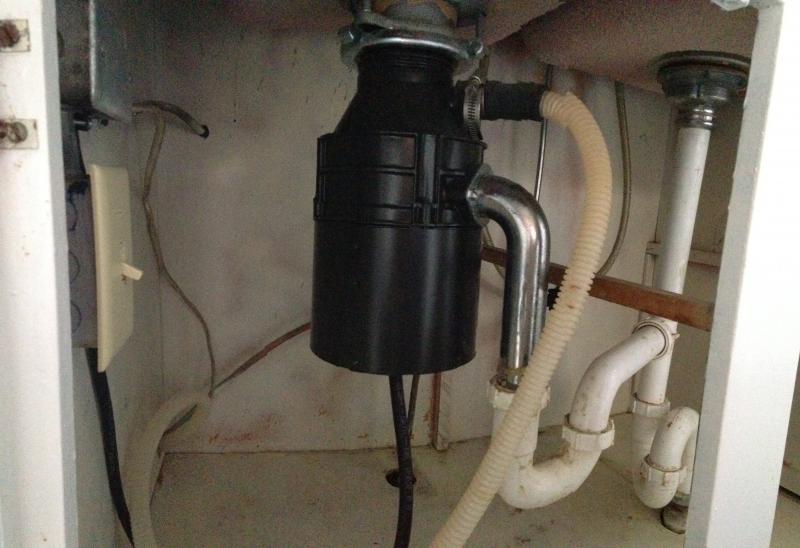 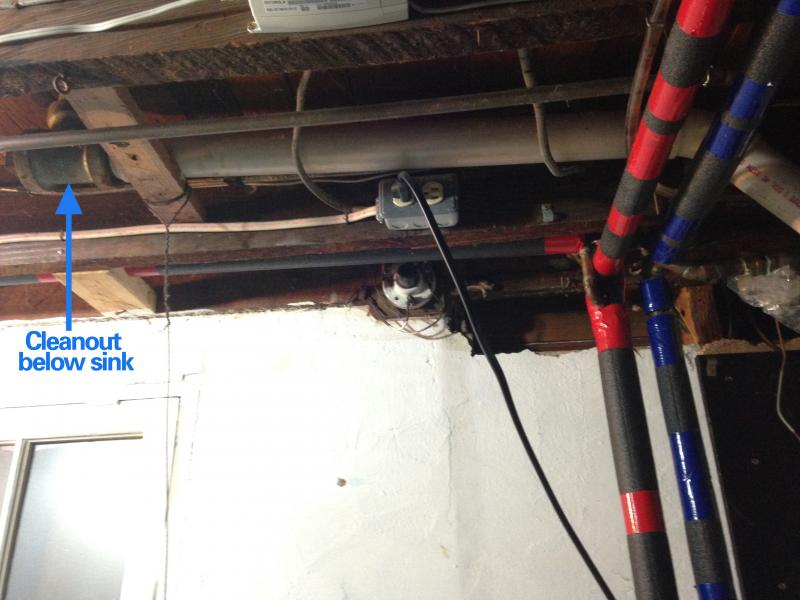 The first response said 2 traps weren't needed, the second response but said I needed a vent.
The second response confirmed 1 trap and vent, then explained the S-trap at the floor line.
I called the town code enforcement office today and he advised me to check the New York State code.

Also, I contacted a local plumber about the work, including a photo and here's the response:

"It sounds like you r not having any problems with draining or venting
**s-traps are ok to use and we still sell them. *If you are *remolding *them you might want to replum in PVC pipe with proper venting ."

Sooo, yeah, I don't think I'll be trusting them to do it…

The difficult bit that I keep coming back too is that the drop through the floor is only offset an inch or so from being directly beneath the right bowl. If it helps, I'll post a few better photos when I get home. Any suggestions would be greatly appreciated.

The disposer does NOT need that trap, but the "S" trap has to go. In order to reconnect the sink without the disposer, (NOT a "Disposal"), you need a continuous waste horizontal pipe, a flanged tailpiece out of the new sink drain fitting, and a dishwasher connection tailpiece between the strainer's tailpiece and the waste pipe.

I would like to see the disposer plumbed to a tee below the right sink. Also an AAV on the line coming up from the floor.
If you need to offset on the vertical, that's fine.

The dishwasher line should be strapped as high as you can in the cabinet before it enters the disposer, or install with an air-gap.

The rest of the country quit doing S-traps decades ago. If I were New York, I wouldn't be bragging. 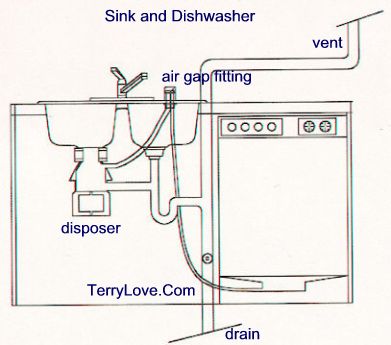 Yeah, the NYC metro area doesn't seem to worry much about air gaps or high-loops on the dishwasher installs. In fact, when we had one installed recently, I suggested an air gap.

Great. They did know what a high loop was, but insisted it wasn't required. Swell. Do it anyway.

I know for a fact, however, that an S-trap isn't going to be permitted.

If thats a galvanized tee cleanout, your doomed for constant plugging up.

he indicated that he was removing the disposer. That is a cast iron "drainage" tee, which was the required fitting when it was installed.

Thanks all, for the correction.
Based on the comments, I put this together. (Grey existing, Red new) 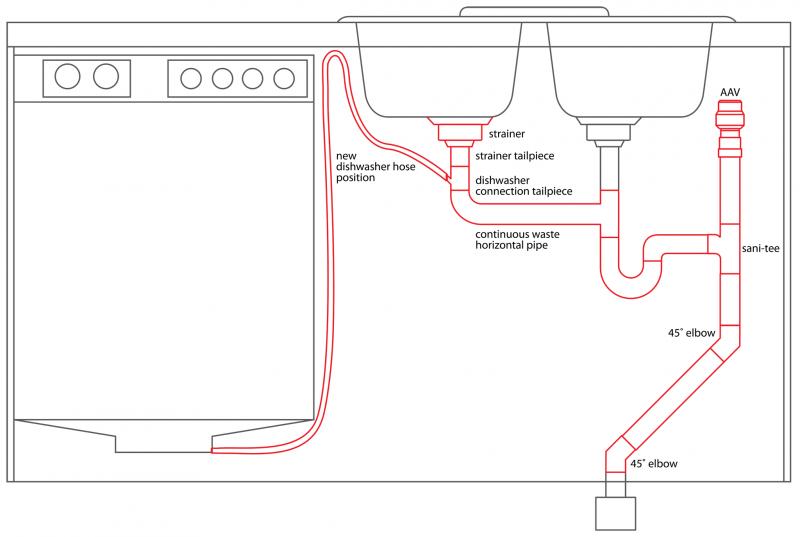 Is it completely insane? As I mentioned, the drop through the floor, is almost directly below the right basin, maybe an inch closer the the face of the cabinet and an inch to the right. Any corrections?
Last edited by a moderator: Sep 29, 2021

That would be a proper installation.

I like it too.
and the drawing is amazing.

Awesome, thanks for the help.
You must log in or register to reply here.

Dishwasher Drain in island without sink

Kitchen remodel, need advice on rough in and plumbing of sink/disposal