Need Assistance -- Only One of Twelve Zones Not Working

I am running a 12-zone system using a Rachio controller and a booster pump. One of my zones that has 10 heads on it, most of which are in beds and have lower gallon requirements, is not coming up. This zone has worked in the past, although if the booster was off it wouldn't. Now even with the booster the heads try and come up but mostly just pour water out, resulting in a pooling on my walkway. I had a service technician out and he said the answer was to replace all of the heads as he said that they get old (15 year old heads) and won't come up anymore. I was surprised because I would have thought the booster would brute force them up. Did a little research and it seems like this could be a problem with the pressure regulator in the zone going bad? I don't want to go through the time and expense of having all of the heads replaced if that is not the issue. What do you guys think is the most likely problem and will replacing all of the heads fix it?

The problem is that I have never seen the control valve box for this system (again 15 years old and I've owned it for about 10 of those years). Is the pressure regulator sometimes not in a green box? Any help appreciated. I've attached a pic of the head pop-up failure.

It looks like standard pop up spray heads and I suspect it is the zone valve since this is the only zone with the problem.

The first thing to do is remove the spray head on at least one pop up and turn on the water. If it shoots up like a geyser going off, the little filter behind the spray heads are clogged. It can happen to all pop ups in one zone. During winter when water is not in use, sometimes mold grows in the the pipes. The first time water runs in the spring, the mold breaks loose and plugs up the filters. However, this may not be your problem since the sprinklers do not pop at all. For all ten to be worn out in one season is not very common. Even if they did not pop up, water flow would be good with a normal spray pattern.

What you need to do is figure out of the ten sprinklers, what is the first one in line from the zone valve. Remove the sprinkler or at least the top cap and remove the internals and turn on the water. If the water flows very slow it is probably the zone valve. Sometimes just a rebuilt kit is needed. It is alway possible debris is in the pipe and it jambs up at a 90º elbow.

The most common problem with pop ups is usually will not retract after the water is shut off. The white seal around the cap get hard, sand and dirt gets jammed between it and scratches the riser causing a rough surface. My current home and many neighbor's, this was the most common problem. I have changed all pops up on my property. Since most homes were built around the same time by the same irrigation contractor, it may have been a bad batch by the thousands. I've seen a few where they don't pop up but the water is usually gushing out. Just a tap with your foot the sprinkler will pop up if this is the case.

The zone valves might be in the basement to protect it from winter freeze. If not, somewhere outside and may be down in the ground a bit, can be one or several irrigation zone valves boxes. If multiple zones are around the property, the round one is more common. If two or more are side by side, it could be one rectangular box or two round ones. If you have a pitch fork poke around the ground for it might be buried under the grass. The final way is using a tracing tool that emits a radio signal. A good irrigation tech should have the tool kit. 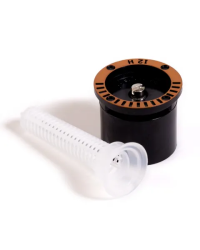 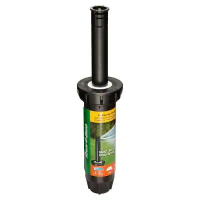 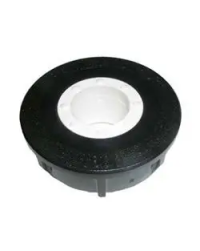 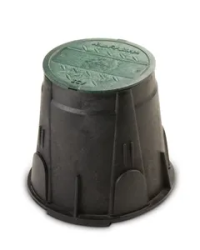 @WorthFlorida Thanks so much for the detailed explanation. Based on what you provided, this weekend I tried to troubleshoot the system a bit more. The heads have the spray nozzle and filter that you have in your first pic. I first started by removing the spray nozzle and filter at what I thought was the start of the zone and running the system -- very little pressure. I then moved to the other end of the zone, in case I was wrong, and tried again -- even less pressure. I then tried removing all of the filter and spray nozzles for the entire zone and ran the system -- no real pressure and, again, I'm running things with a booster pump. I cleaned out all of the filters and nozzles and reinstalled them but none of them seemed particularly dirty.

At this point, I think it must be a zone valve. Unfortunately, I've been all over my property for years doing all sorts of work and have never seen a zone valve box of any kind. The house was only 6 years old when we got so I think it is unlikely that it is buried under yard. Likewise, there is nothing inside the house other than the booster pump. If that is all the case, is it likely that the zone valves are in line with each zone? I'm guessing that would require some digging.

What I can't figure out is why the sprinkler technician -- from the same company that I believe originally installed the system -- is telling me that the entire zone needs to be replaced. I'm thinking he could replace all of the heads and that isn't going to do anything. Maybe his plan is to dig up the valve, fix that, and call it a day? Is there any way replacing all of the heads would fix the zone? It seems to be a pressure issue to me and if I can't get enough pressure to get much more of a dribble out of a head without nozzle or filter, I'm not sure what replacing the heads is going to do. I have the technician scheduled to come out to fix the zone by replacing the heads, but I'm wondering if I should have a different sprinkler company come and take a look at it?

[Pics of my efforts from this weekend.] 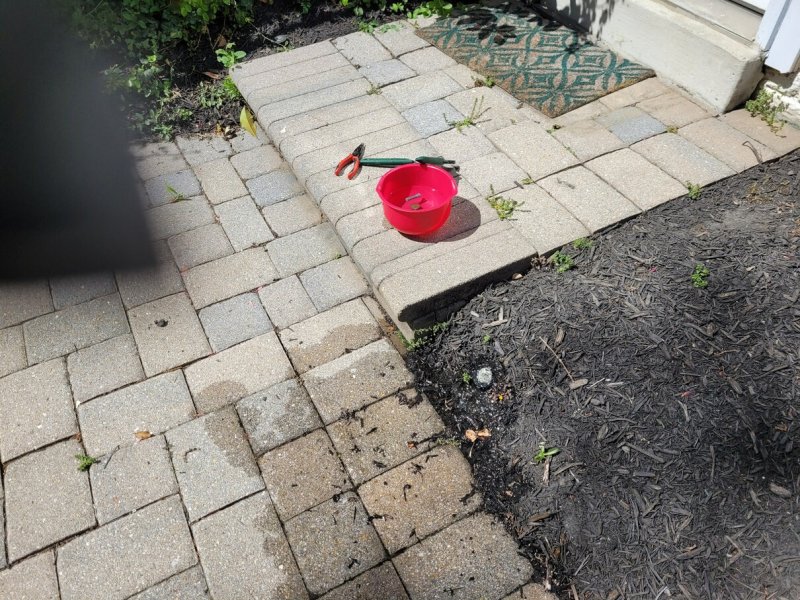 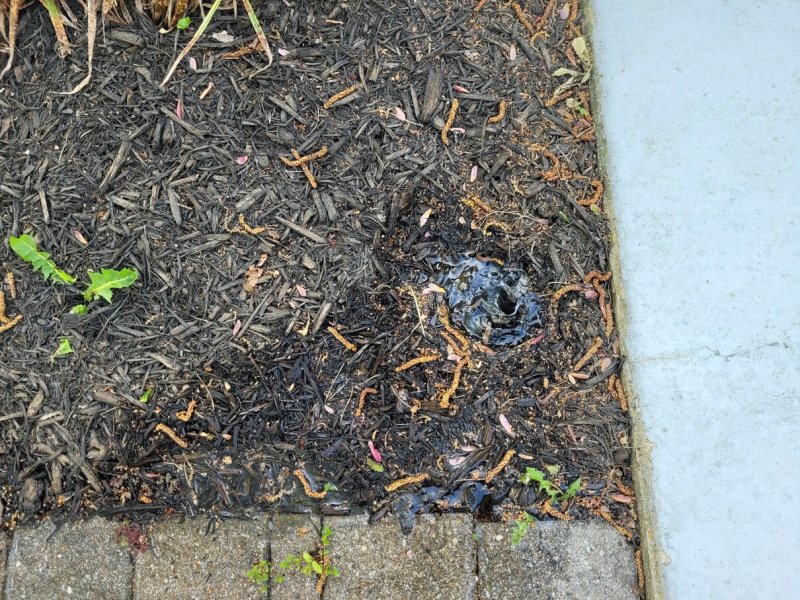 I would find another irrigation company. With the right tool to find the zone valve is relatively easy. If you want to, start digging at the controller to see which way the zone wire is running. There are no set ways as to where the zone valves are laid out. They are usually near the controller along with other valves or near the first sprinkler head. It is less costly pipe wise to install the valves all over the yard branching off the main feed. There is really no requirement to use irrigation boxes. The valves will easily work under water or totally buried. If the tech has the tool to trace zone valves, have him mark all of them.

The last picture, what is the stuff? It you have the budget changing all of the sprinklers won't hurt but it will not fix your problem.

Thanks again for all of your help!
You must log in or register to reply here.

Two zones running at once when one is active

Zone works manually, but not on timer

What is considered std practice for things like funny swing pipe?