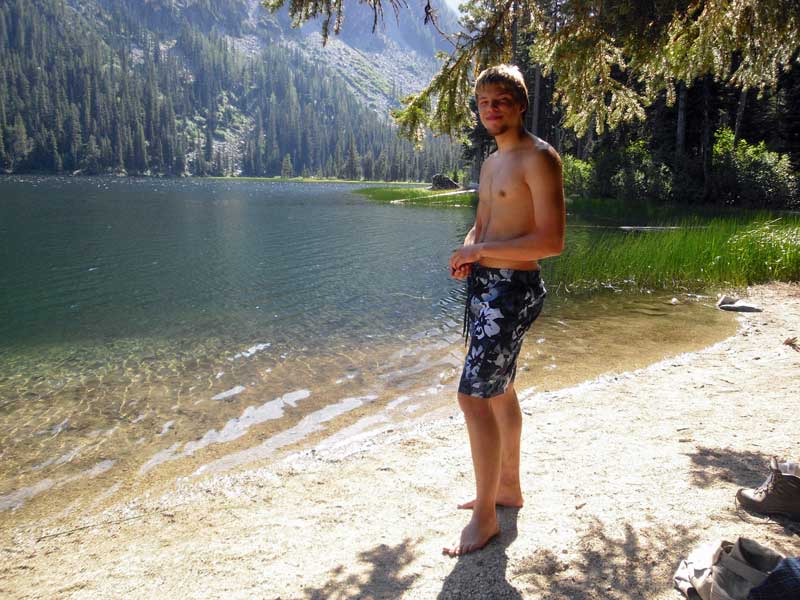 Taylor Love getting ready to swim in Lake Stuart.
Lake Stuart is near Leavenworth in the Central Cascades, just below Mount Stuart, the tallest of the non-volcanic mountains in Washington. 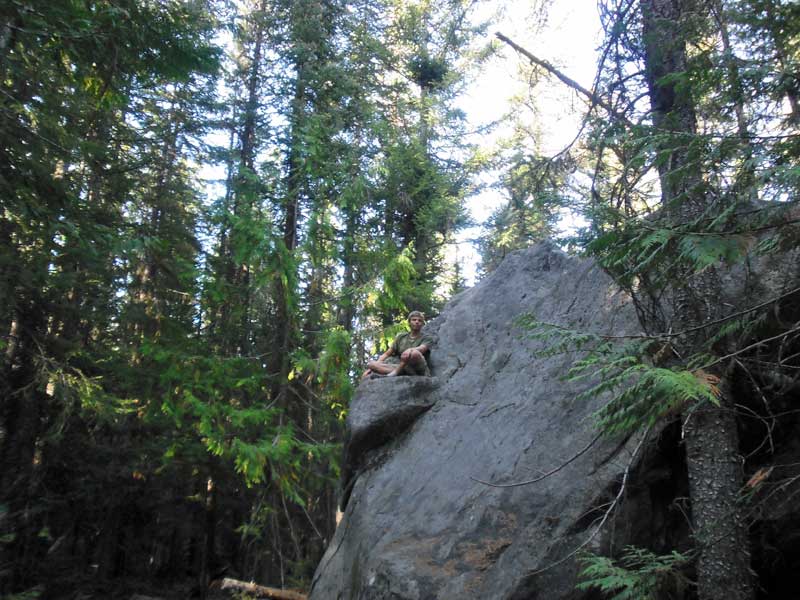 Taylor is sitting on a rock that rolled near the trail on the way in.
I don't know where this rock rolled from, but it's pretty darn big. 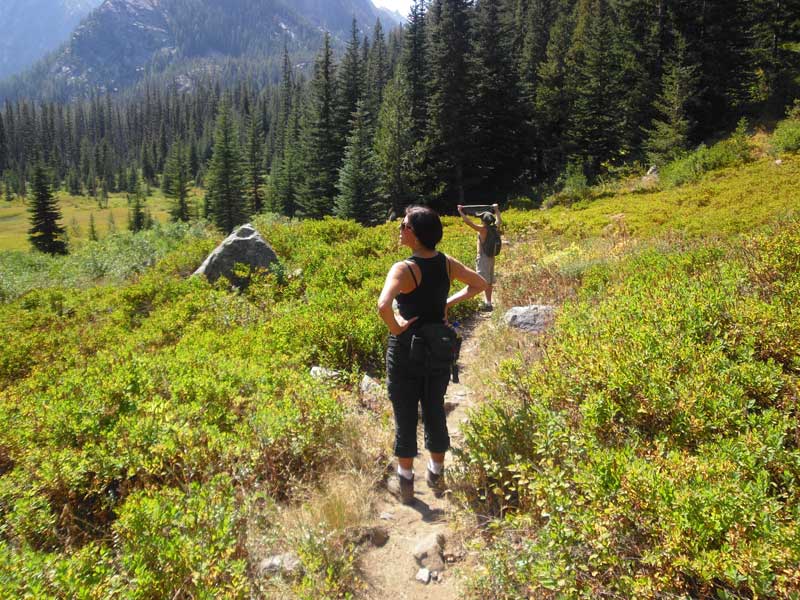 Cathy and Taylor looking out over the open field towards the vista.
Most of the way in, we were hiking near the river. 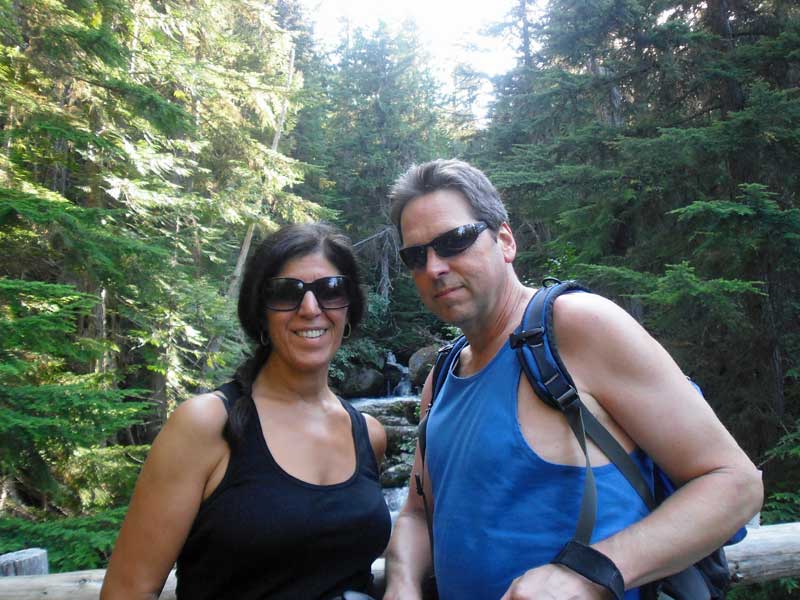 Me and Cathy on the bridge over the river,
So, why am I so serious?
It's just Taylor taking a picture with me in it.
The sun glasses are so I can blink, and you won't notice.
I bet I'm blinking right now.

This hike was nine miles round trip, and about 1600 feet of elevation gain.

At the trail head, we ran into a young man that had raced down from Colchuck Lake, one hour and five minutes to run four miles with a heavy pack.
Oh yes, to be young like that again.
I've hiked to Colchuck before, but I come down much slower now.
He had some nice pictures that he showed Cathy, the lake and the fish that they had caught.

Nice pictures Terry. We call those rocks here, Glacier Rocks. I got them on our mountain property. I sunbathe on one of them, and have shared the rock with a snake who sunbathes, belly-up. He never bothered me, and I don't bother him, we just enjoy the sun and the heat. Taylor is getting so big these days. Is he driving your work trucks yet these days?
Last edited: Sep 1, 2009

Some exist, Your family is living!

Beautiful country. When I was in the yard at Bremerton, I lived at Bangor. One of my favorite hikes was up to Flapjack lake, over in the Olympic national park.
You must log in or register to reply here.

Snow Lake Hike, near Alpental on I-90