I have a roughly 20 year old Kohler Serif toilet. This is one of the ones with the handle on top of the tank, rather than the side or front. The toilet has been running persistently, and I narrowed it down to the flapper valve, which was original, and rock hard so not making a good seal. Last night bought a replacement Kohler flapper replacement (not an aftermarket one) that's specifically listed as being for this toilet and installed it. This is the kind that has a flapper and a float about 1/3 of the way up the chain. The leaking has completely stopped.

The problem is that the flush lasts for half a second then the flapper closes. The flapper is not staying in the open position long enough to get a full flush. I've tried attaching the chain to all three holes on the shaft the flush knob is connected to (probably a 1" range), but no difference.

What's the magic setting here to make this work? The original Kohler flapper worked great other than the leak - a slight tug and drop the knob and you got a full flush. Now you have to stand there holding it open until the flush is complete.

Also, I have the fill valve float set to fill the tank to about 1/2" below the top of the overflow tube, which is where it has been for a while. I don't think 1/2" would give me enough to make it a better flush, since it's barely emptying anything out of the tank as it is, before the flapper closes. 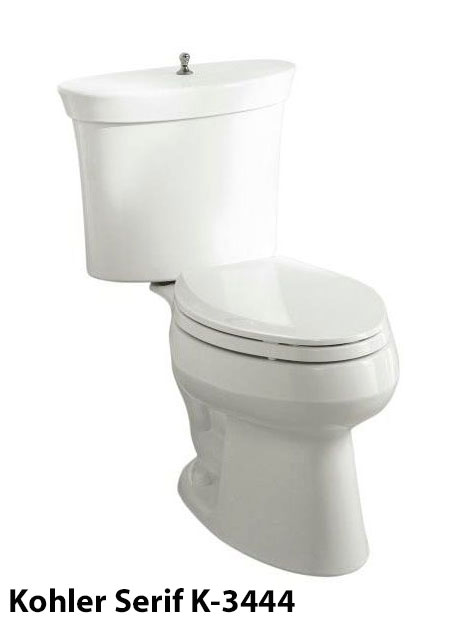 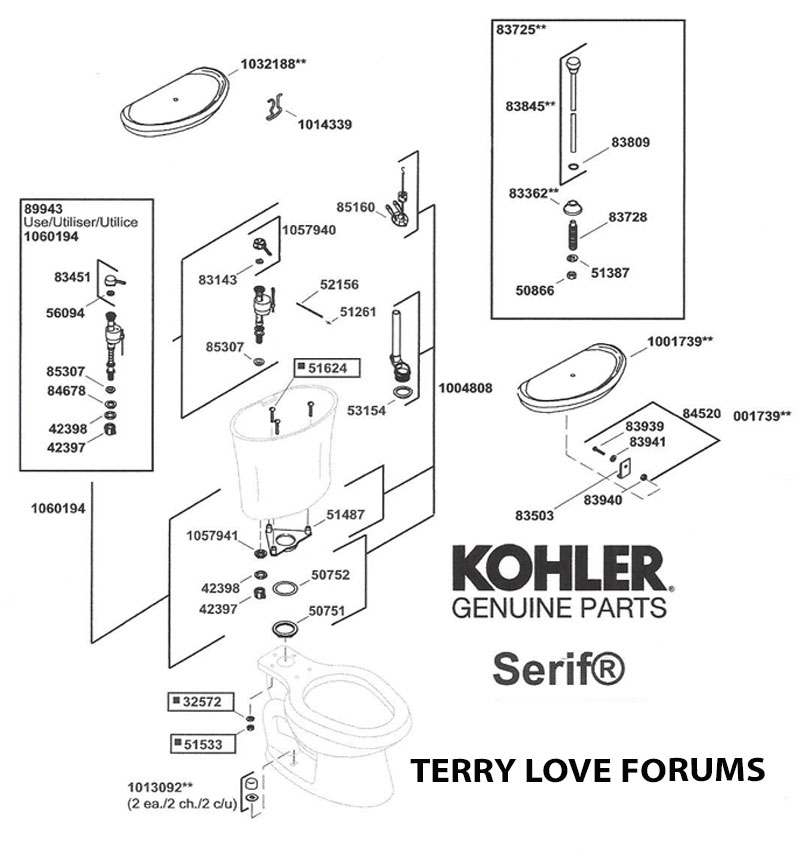 It's okay to break the seal between the flapper and its seat when attaching the chain (i.e. pull the chain up to hook it in and cause the flapper to lift until you've hooked it in), because you likely need a little more play in the chain to allow you to hook the clip into the hole on the flush thingy. Then it will fall back a bit and the flapper should seal completely. These things can be incredibly-sensitive: one link of chain in either direction can make a difference, and playing with it a bit should get you the effect you want. You're on the right track. Sometimes, we can recommend that maybe the flush handle isn't positioned correctly over the flapper, but in your case, it's directly above the flapper, so that isn't likely to be the issue.

But here's an important caveat: Normally, on lower-flow toilets, the flapper is not open very long, and a lot of people are surprised when it doesn't empty the tank, but it's not supposed to in newer toilets. The extra water in the tank helps accelerate the force of water into the toilet, but not all of it is used in the flush, unlike old toilets which drained the whole tank. So in my newer Toto, for example, about half the tank goes to the flush and then it closes, but that's exactly the amount of water it's supposed to use. I know how it's supposed to go, so I know when it's working properly, but at one point, it started to what I called "misfire", where the flapper would close a nudge faster than it should and then it wouldn't perform correctly. I messed with the chain, and -- voila -- back in business.

You know what it flushed like before, and I think you're saying it doesn't flush like it used to, or maybe doesn't even clear the waste from the bowl. If so, mess with the chain, and check how you have attached the flapper to the flush valve to make sure it's not binding or something.

If you're saying that you don't really see a difference in the actual performance of the toilet, but you're not getting a "full flush" because the tank isn't completely-emptying, then I wouldn't worry about it because it probably isn't supposed to completely-empty. When people started installing Totos, they'd be happy with them until they looked in tank, and we'd get a million posts on here about "not getting a full flush" because the whole 4 gallon tank didn't dump into the bowl on their 1.6 gallon-per-flush toilet. So if it's that, relax. If it isn't functioning properly when you look at it with the cover on the tank and can't see what's happening inside, then mess with the chain.

And let us know how you make out.

Thanks. Yeah the issue isn't that the tank isn't emptying - it's that the water that does come out isn't enough to complete the flush, unless you hold the handle up long enough to let more water out of the tank. I'll fiddle with the chain length and float position.

Unfortunately, the way this all went down was that I went to Home Depot and bought a Universal float, came home, and it worked, but it didn't hold the flapper open. So I left that in, went back to Home Depot that night and bought the proper Kohler flapper. So much for being cheap. In the mean time, my wife emptied the trash can in the bathroom, which contained the old flapper and float, and it was gone the next morning in the trash pickup. So I have no idea what the length of the original chain, or the distance from flapper to float was. Maybe I'll try to contact Kohler to see if they have any specs.

Well, Kohler wasn't especially helpful. They claim not to have spec sheets that list the chain length and float position for the different models, which I find odd (even if they're for internal use - basic manufacturing practice is to have that kind of data around to make assembly more accurate).

In any case, they did tell me that the chain needs to be taut in the resting position. Unfortunately, on this model that's impossible to tell because the handle is on the lid and the resting position requires the lid to be closed. So I guess it's back to trial and error.

They did send me this link which would be helpful if I had the old flapper still. Maybe someone else will find it useful.
You must log in or register to reply here.

Tank leak into bowl after repair

Replacing Flapper In Kohler Toilet - What's with the float?