Insulating a basement against cold *and* rodents

I'm thrilled to have discovered this forum, and I've already read several excellent posts here on insulating a basement. However, I have some questions that are specific to my situation. Any insight or constructive criticism is greatly appreciated.

My home was built in 1980 on the southern (warm) edge of Zone 4 with a walkout half-basement (the other half is crawl space). The foundation wall is block, with a brick veneer on the outside rising to meet the siding. The sill plate is pressure-treated, and despite the apparent lack of a sill gasket, appears to be in excellent condition with no signs of rot anywhere. The floor joists are 2x10. The rim joist is above grade in all locations, and three of the basement's four walls are almost entirely above grade. The fourth wall is about two feet above grade in one corner, and only about two feet of it is below grade at the other corner.

Unfortunately, the finished basement is always cold in the winter, but apparently not too cold for the rodents that were living in the ceiling. I tried unsuccessfully for a couple of years to figure out how the infernal creatures were accessing the ceiling, but was never able to completely solve the problem. Then I started using the basement as a home office, and the winter cold and occasional noise of rodents overhead (or smell of them decaying) really started getting to me, not to mention the footfalls of young children. I needed more warmth, less noise, and no rodents. So naturally, I tore out the ceiling and all the walls!

Actually, the plan wasn't to completely tear out the walls, until I realized that three of the basement's four walls were framed with the 2x4s turned sideways and nailed directly into the masonry (which helped explain why there were few or no power outlets). As a result, the R13 fiberglass batts were compressed into the space of 1.5". Despite the basement staying pretty dry (it has never flooded as far as I know), the batts had a fair amount of mold on them where they were crushed up against the block wall. I quickly decided I would prefer to build an insulated 2x4 wall, even if it meant losing a few inches of floor space. 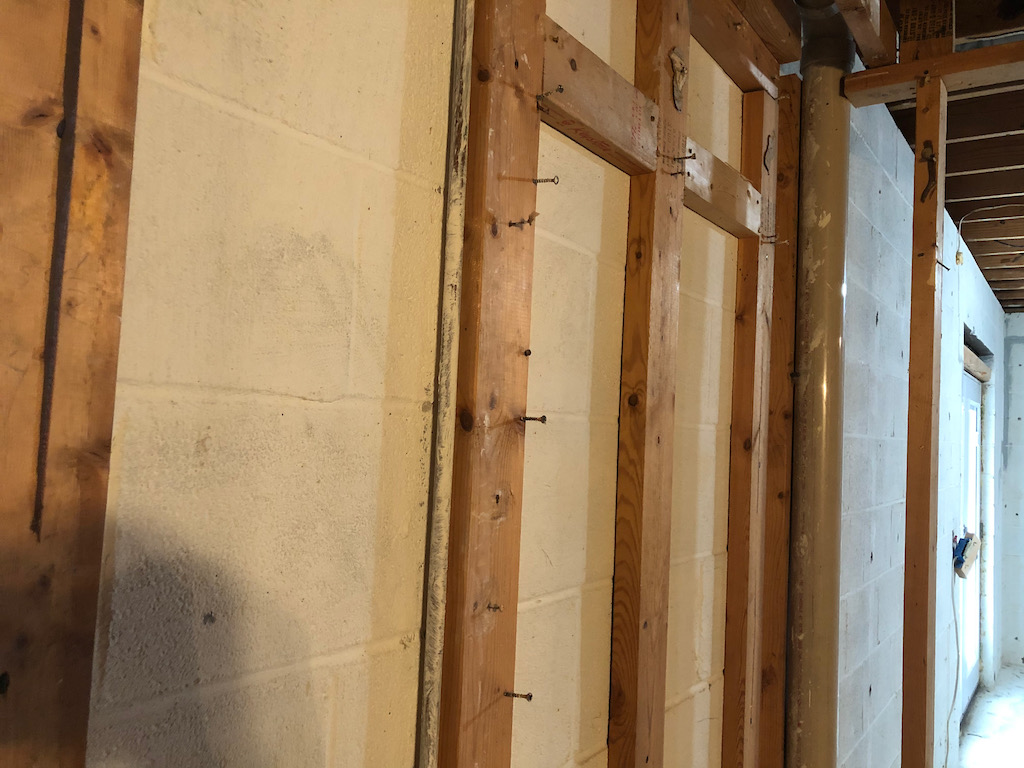 Sideways framing, no room for insulation

The real revelation came when I tore out the ceiling: The rim joist was barely insulated in many places, and where it was, mice had so thoroughly burrowed through the fiberglass batts that the "R" in "R-value" most assuredly stood for "rodent". Furthermore, it quickly became obvious why my previous abatement attempts had been for naught: The brick veneer over the CMU foundation wall meant that the floor joists had to "cantilever" the rim joist some distance beyond the sill plate. This created a veritable "rat run" where the brick and siding meet. For any rodent able to squeeze between the brick and siding, it was trivial to climb over the sill plate into the finished ceiling. 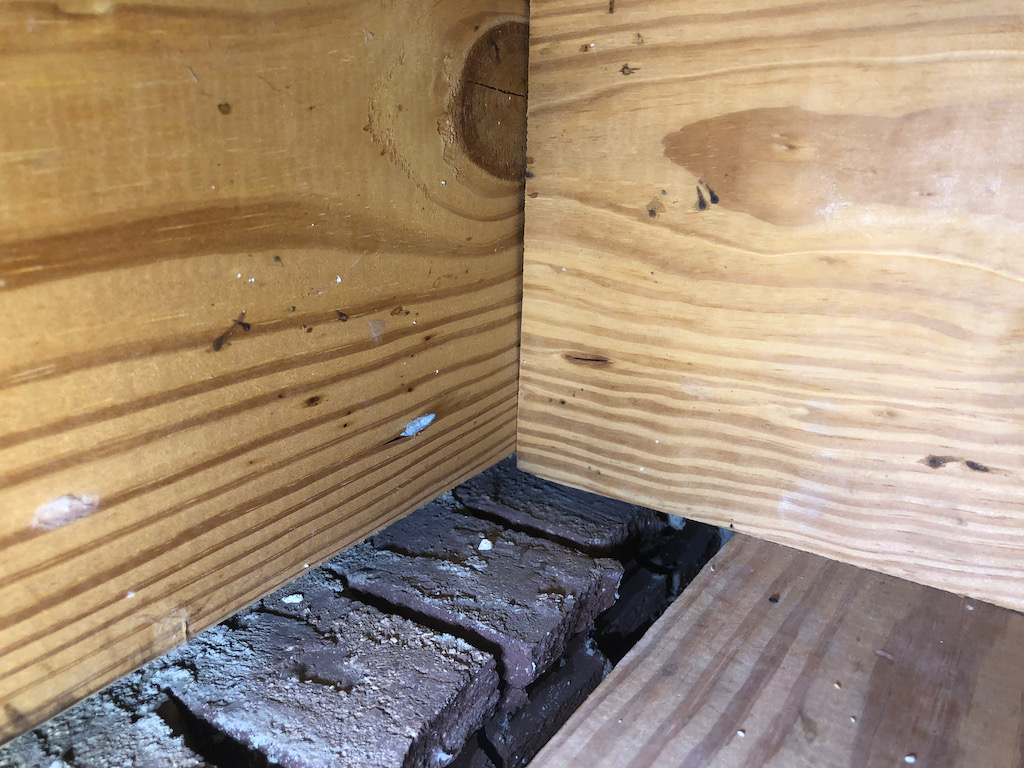 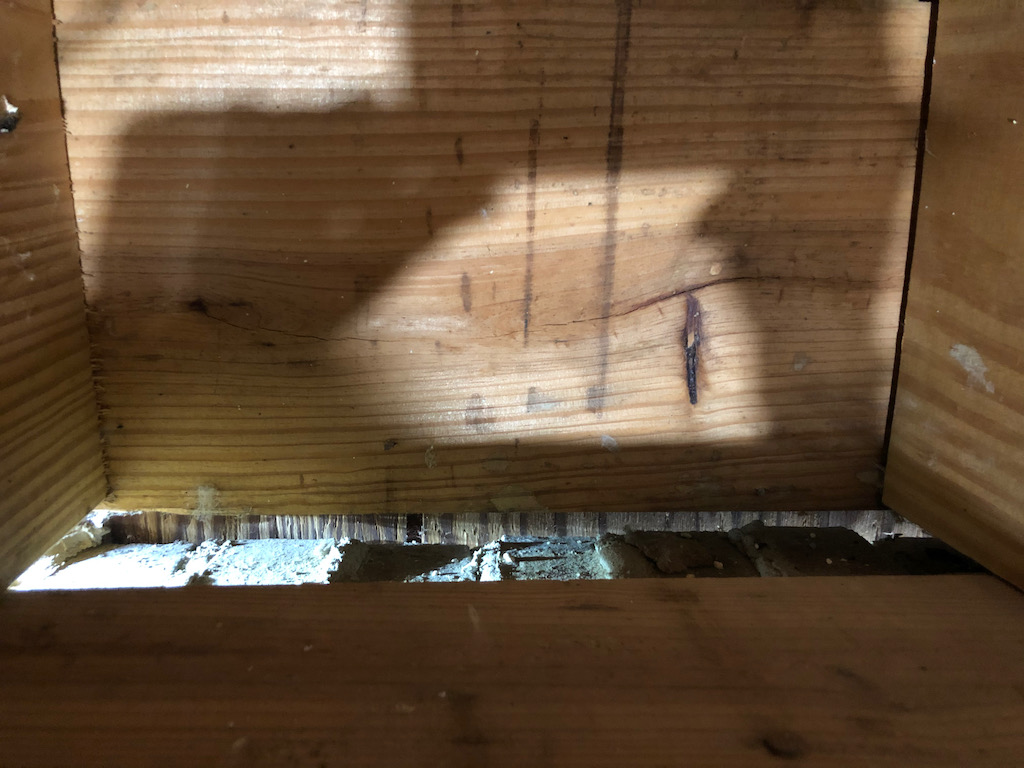 My first instinct was to shoot the rim joist bays full of closed cell foam, until I remembered that the drainage gap between the brick veneer and the CMU wall was there for a reason and should probably be preserved; and it was also likely that spray foam would expand into the gaps between the brick and siding, with some ending up outside the house (my wife would have something to say about that look). What's more, I have no confidence that rodents won't chew through foam, whether spray or rigid. After going to all the trouble of fixing this, the solution has to work for a long time. I'm not sure I would be able to cope with hearing rodents against next winter.

So now my idea is to build boxes in the rim joist bays using galvanized step flashing. I don't think any of the rats, mice, or shrews I've found could chew through it (even when they were alive!), and the box would prevent spray foam from filling the drainage gap between the brick veneer and foundation wall. Fastening the step flashing in tight spaces is manageable with a palm nailer. Then I want to spray the rim joist bay with closed-cell foam (I think?). But before going too far down this path, I wanted to inquire whether I should? Am I missing anything? What are the unintended consequences? Is there a better or easier way to both insulate the rim joist and banish the infernal intruders? 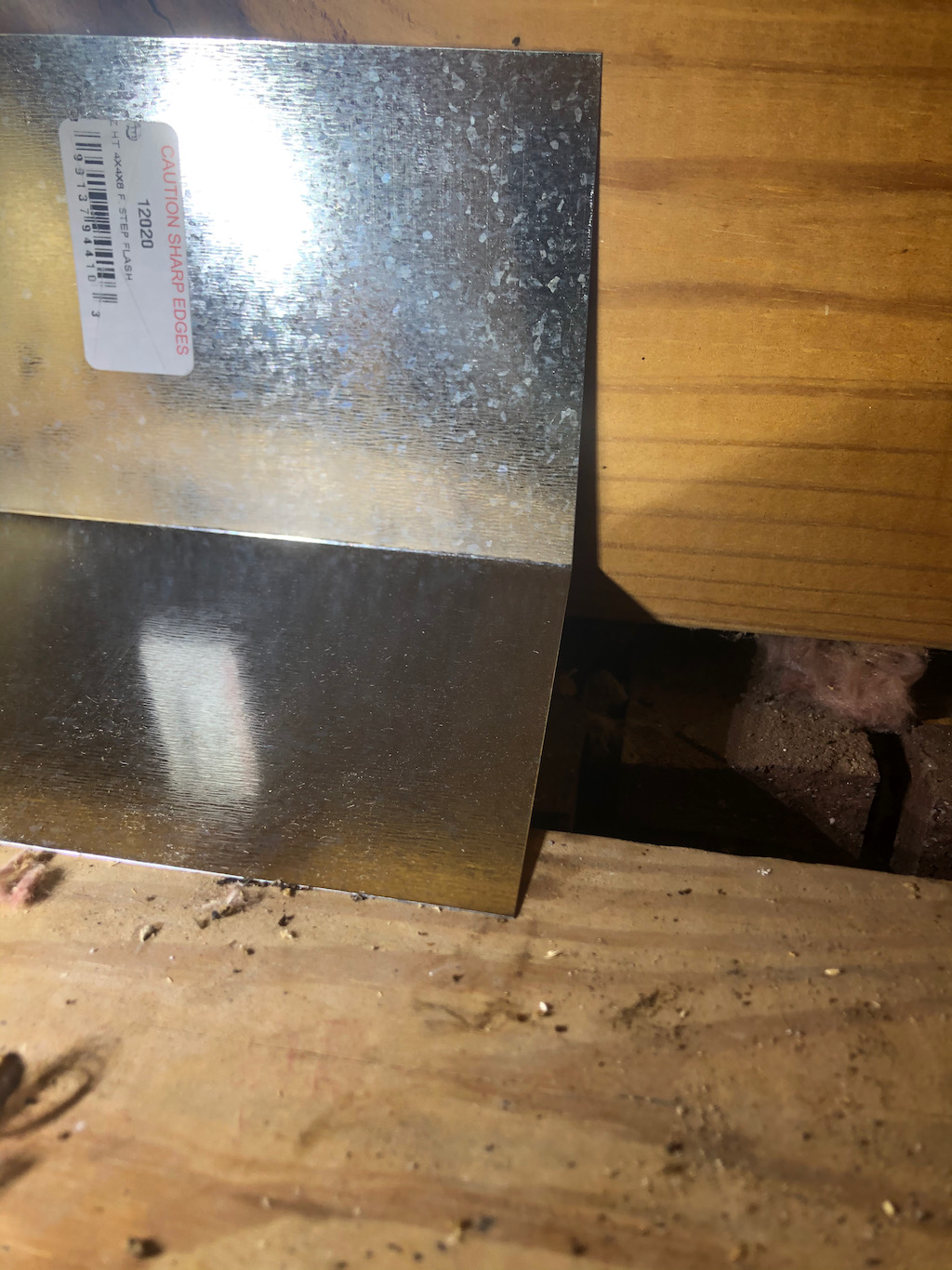 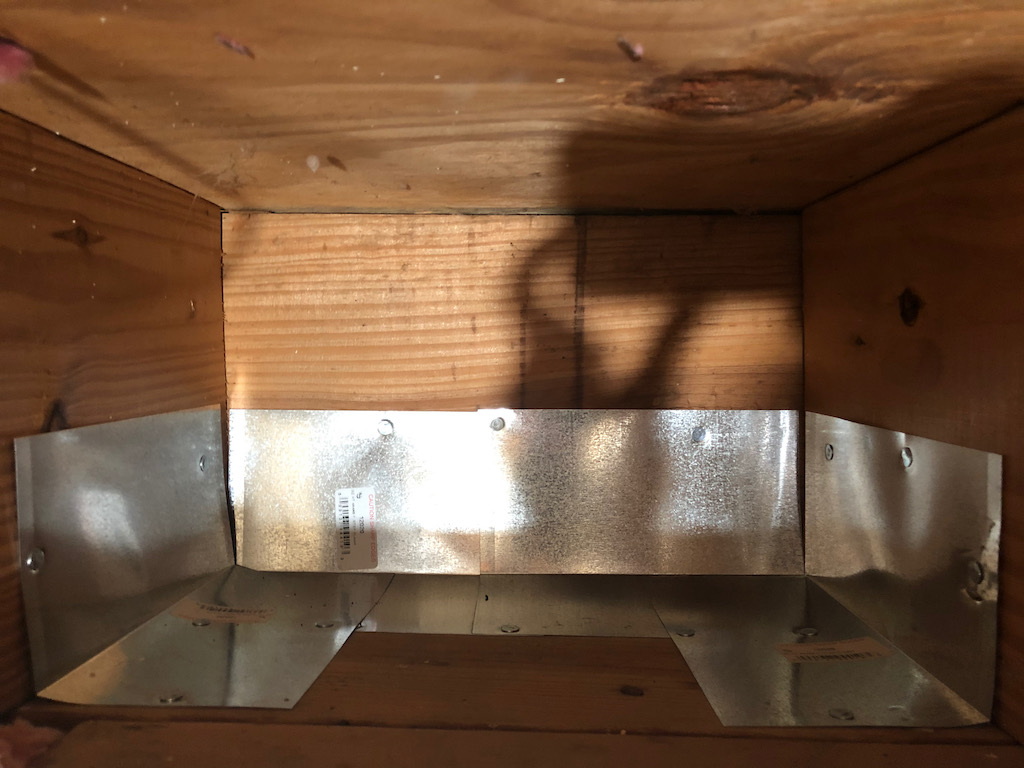 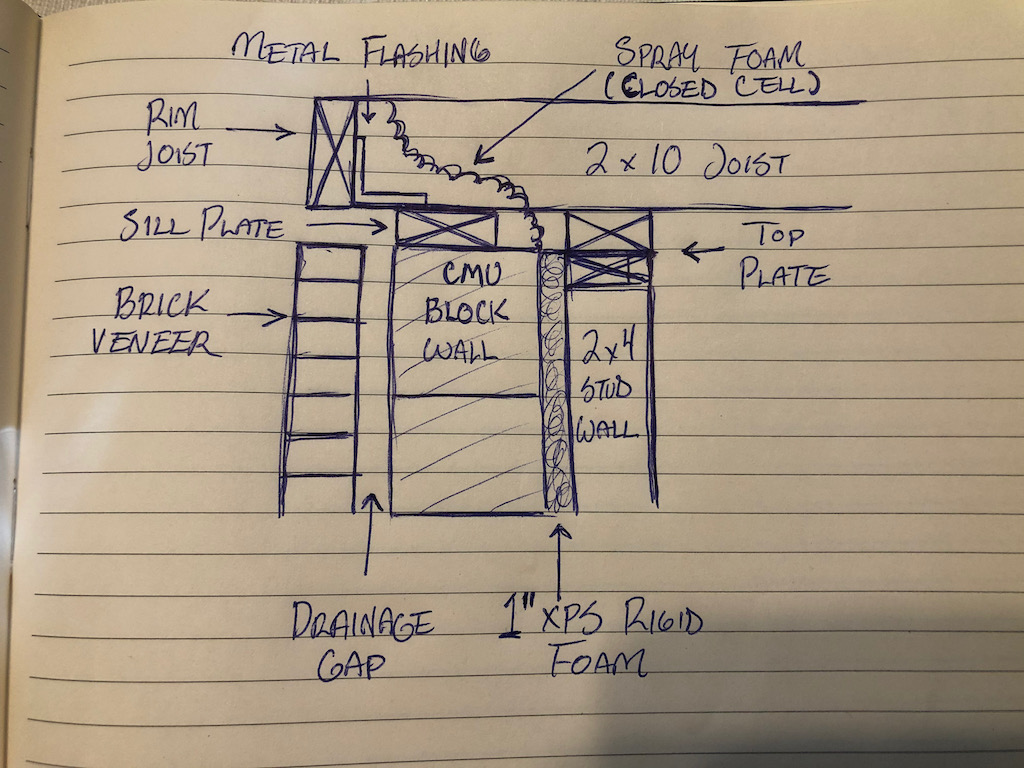 I flunked out of architecture school. Or would have, if I'd attended.

And a few other questions if by some miracle you've made it this far: 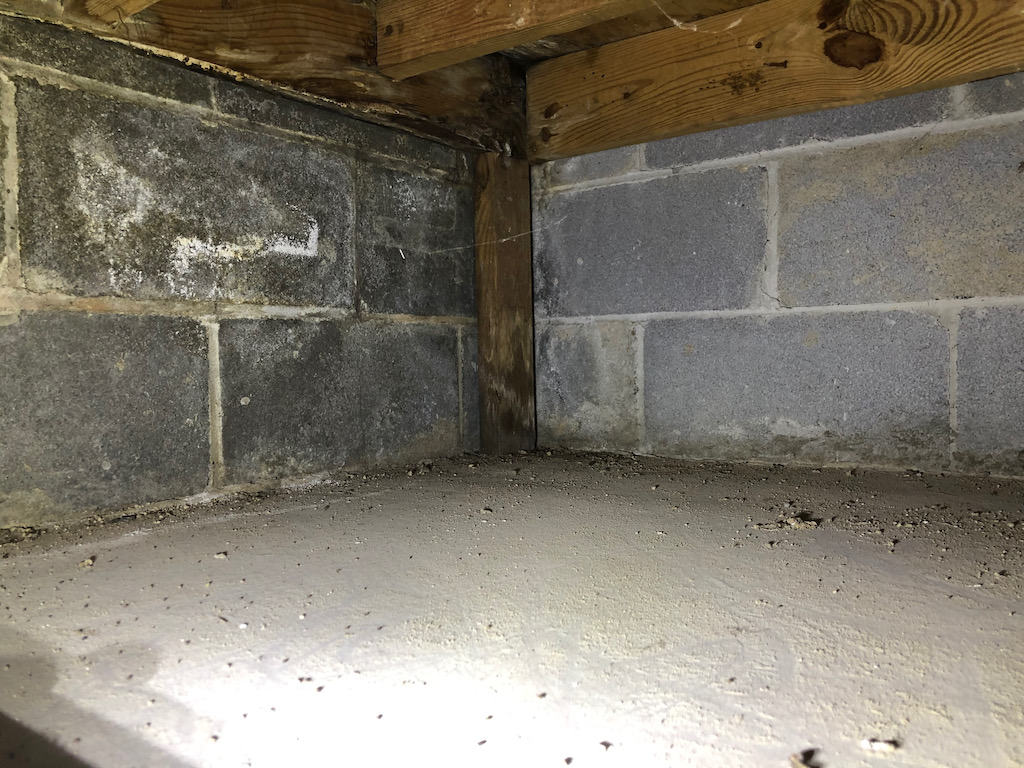 Some water infiltration under the stairs 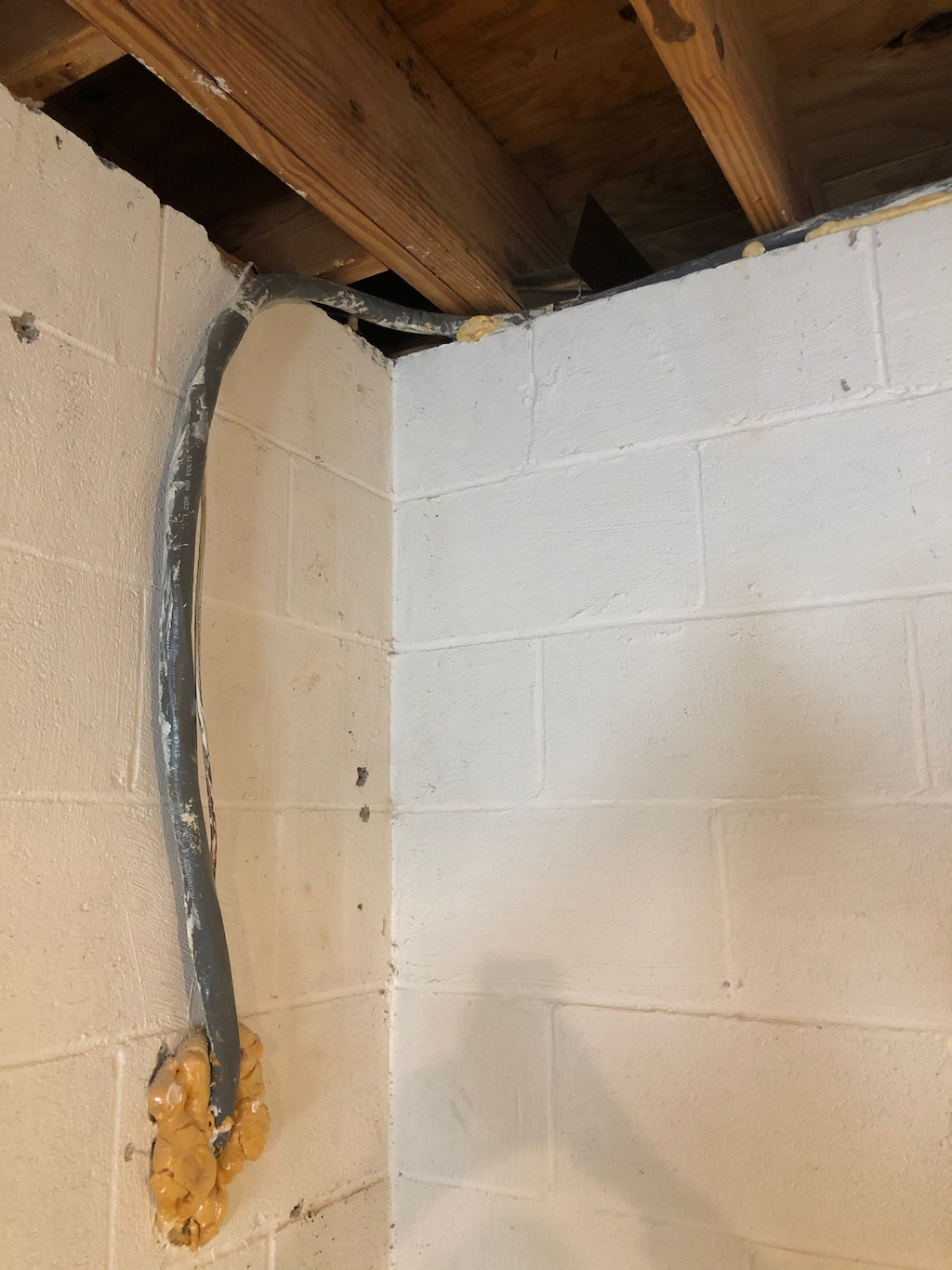 I won't be messing with this myself... 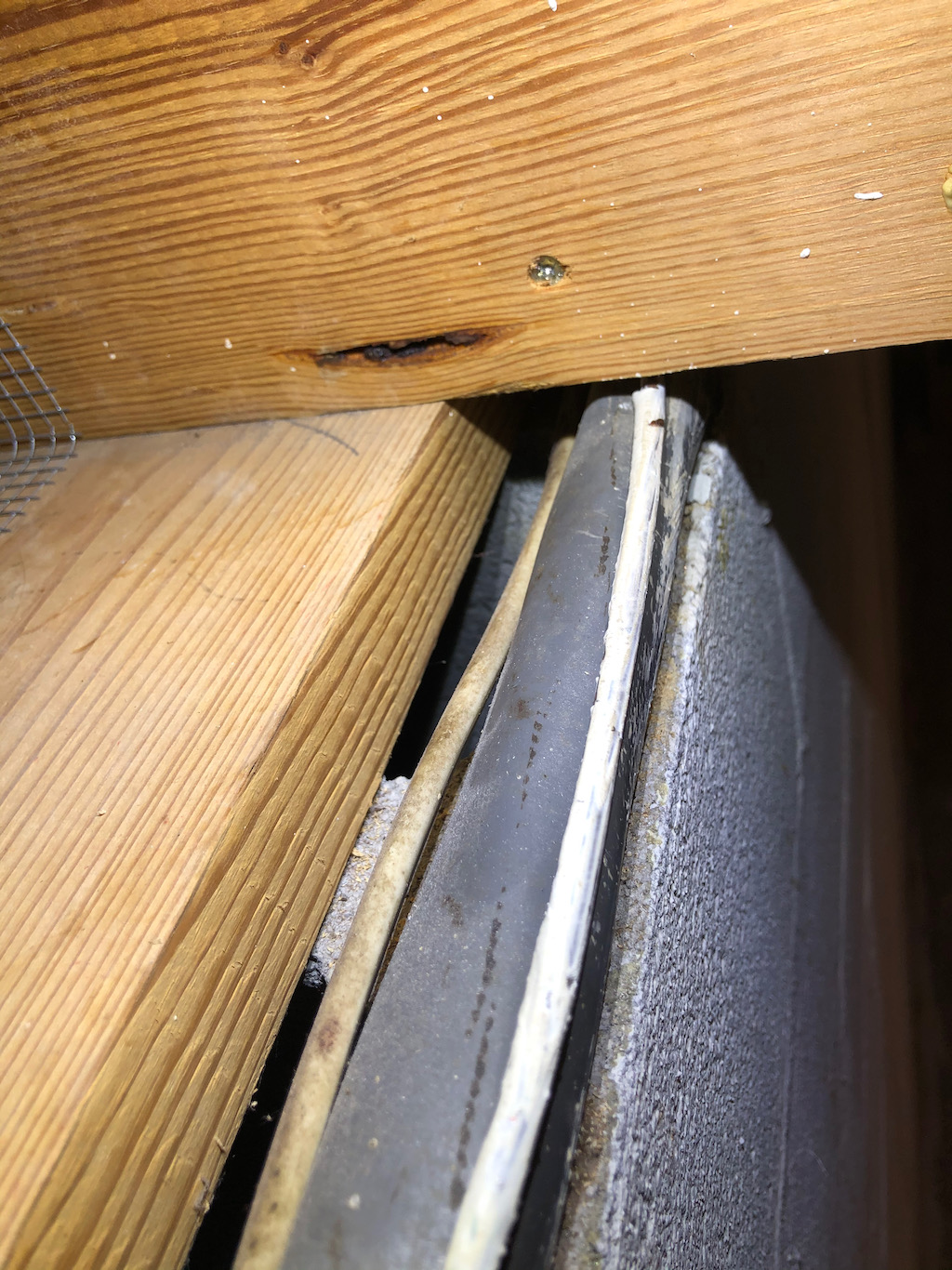 But the location of the house power cord alongside the sill plate might be inconvenient.

Thanks for reading my book! And double-thanks in advance for any insight born from experience.
You must log in or register to reply here.

I can't with this cantilever! Dana please help
2