I have an old well in the California Desert. It was drilled in 1960 and has an 8" steel casing. The pump was 3hp 220v 3 wire Franklin. The pump pumped a lot of water and air until it stopped pumping recently. The pump was still running but no water. It still pressurized the pipe with a little air pressure but no or very little water. I called out a well guy, told him the history and he thought the pipe probably had a hole in it. We pulled the pump. The pipe below the water was in bad shape and there was at least one hole in it. We sent a camera down and the casing above the water level looked ok, but not so good below. He advised replacing at least the below water line pipe and suggested replacing all of it with schd 120 ridged PVC. He also suggested a new smaller 1 1/2HP pump and thought putting a new 4 1/2" pvc schd 40 liner to protect the well from possible collapsing. I'm a retired pipefitter and figured do it all now, so we did. The new pump is pumping a lot of water but after a few minutes starts to pump air, THEN SHUTS OFF, then comes back on, runs a little then off again. He thought that maybe it was a capacitor going bad in the new control box and he switched the whole box for another. We checked all connections in the box, all good. We checked the power before and after the control box, it was all good. But the pump continues to turn off and on. He's guessing that the pump may have some kind of safety built in that trips it when it's not fully in the water. He wants to drop the pump down another 10 feet. Says he's never seen this before without a pump protector. He's going to contact the pump manufacturer. Static level of water is 150' bottom is 196'. 180 feet of down pipe now. If the 10 extra feet doesn't do it, they maybe a smaller pump? What do you guys think?

It could be the well is out of water. When that happens, the current drops. There are devices to detect that, and to shut off the pump for a programmable while.

If the safety device trips, the pump will not pump air. It will not draw current. 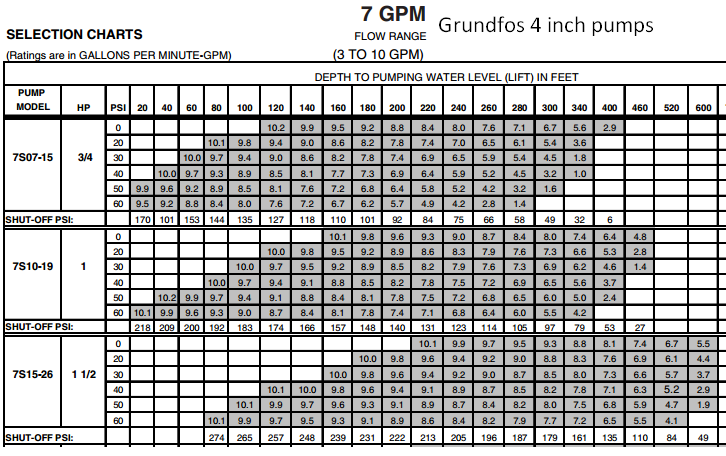 You don't need to switch to a smaller pump. Just use a ball valve to restrict the flow and make the big pump act like a smaller one. That water then no water scenario can be from just pumping the well dry. Takes a minute to pick up water again, and goes seems to go on and off but the pump is continuing to run all the time. There is an overload in the motor that will also reset itself after a few minutes and acts the same way. But it usually stays in the no water mode for a minute or two when that happens.

Yes lower the pump more and see if that helps. Use the ball valve to determine how much the well can make without pumping dry. If it makes more than 5 GPM you can make it work. Less than 5 GPM and you will need to store some water to make a good water system. Even if the well only makes 1 GPM that is 1440 gallons per day and you can use a cistern storage tank and a booster pump to supply as much water as you need. 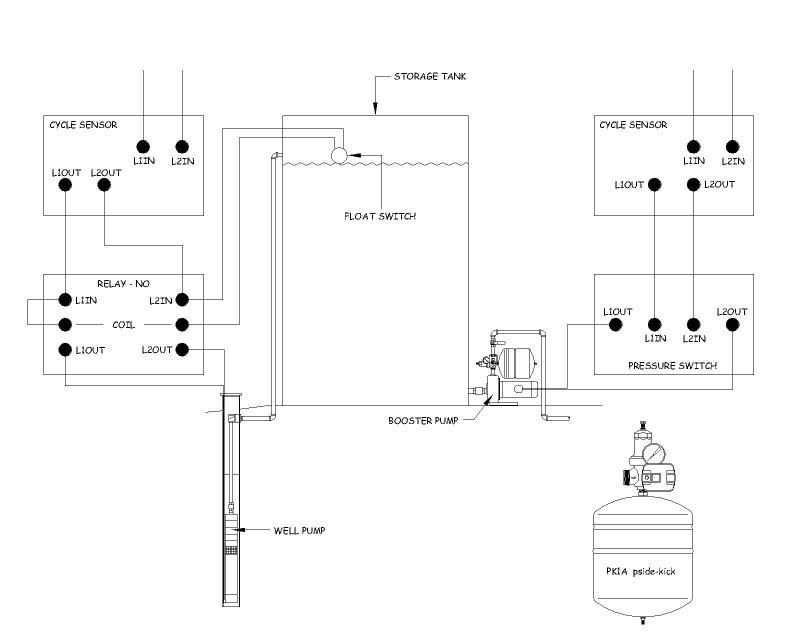 Just looked back and saw this is a 3HP. There is no auto overload in a 3HP. The red buttons under the control box are the only overloads. if it is pumping on and off again the well must be pumping dry. Amps going from max to 50% over and over in coordination with the water flow would prove this. Need some kind of dry well protection relay.
You must log in or register to reply here.

Are tree roots clogging my well?