I am in need of advice on how to go about changing the lavatory drain in my upstairs guest bathroom.

Previously the old lav drained though the vanity (which limits its functionality) through the back of the shower and into the wet vent for the shower. I'm trying to have the lav drain into the back wall, the problem is there is a joist running parallel a few inches in front of this wall and there is a a dry vent running parallel through the joist bay which limits where and how I can move the lav drain to connect. This horizontal vent ties into the waste stack and runs also vents the main floor powder room on the opposite side of the house.

The easiest solution would be to connect the lav and have it empty into the horizonal vent, but I'm not sure if this is safe or advisable. 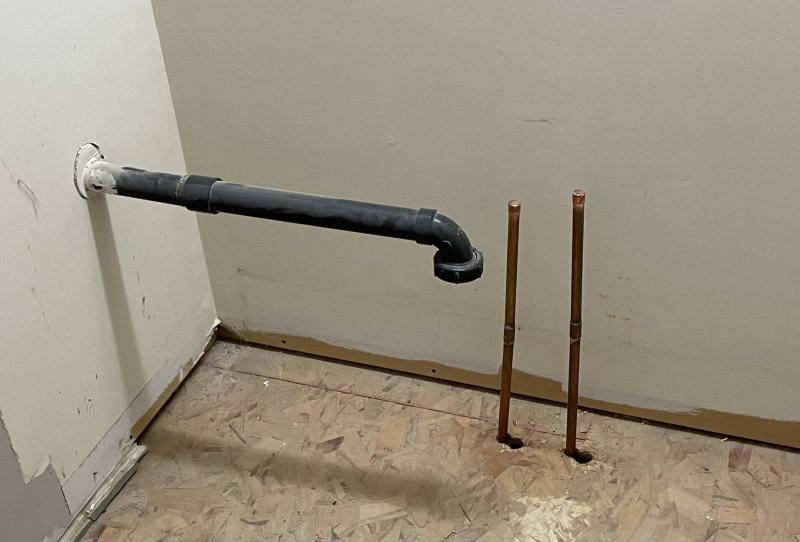 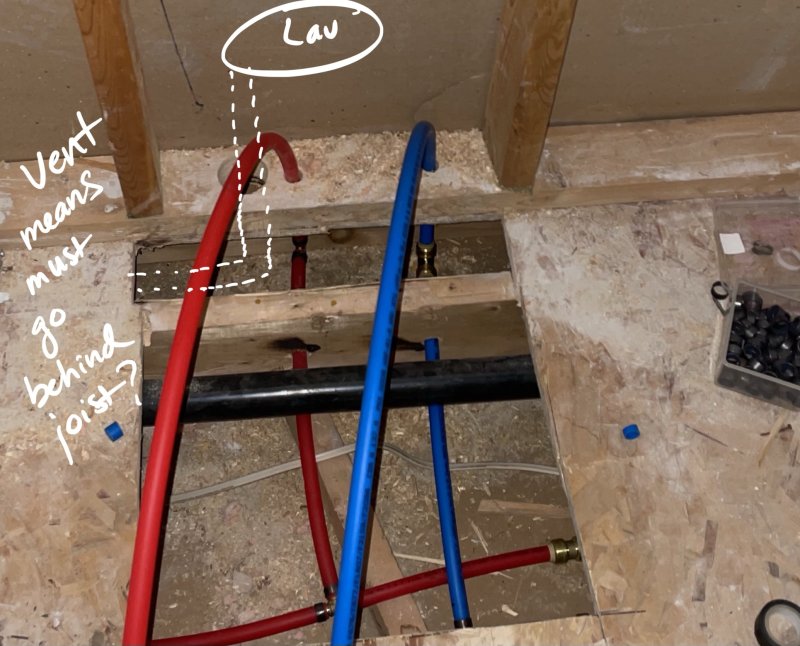 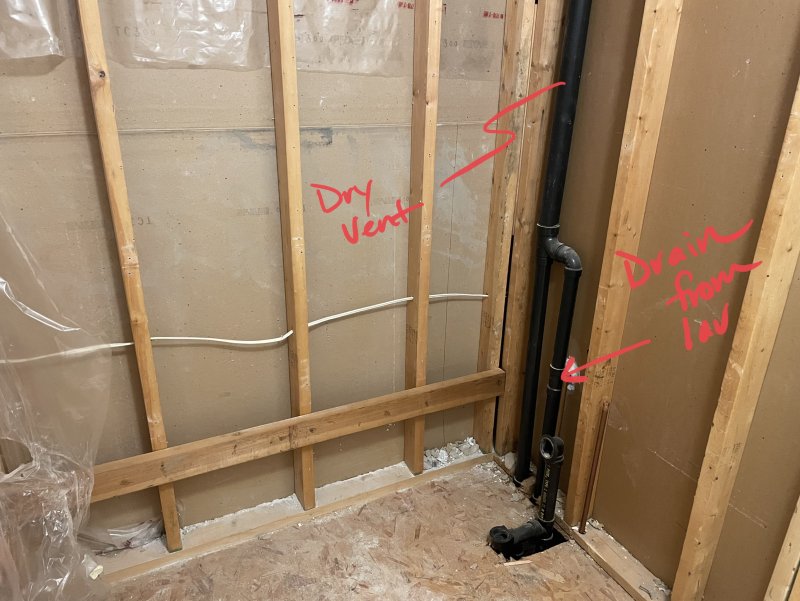 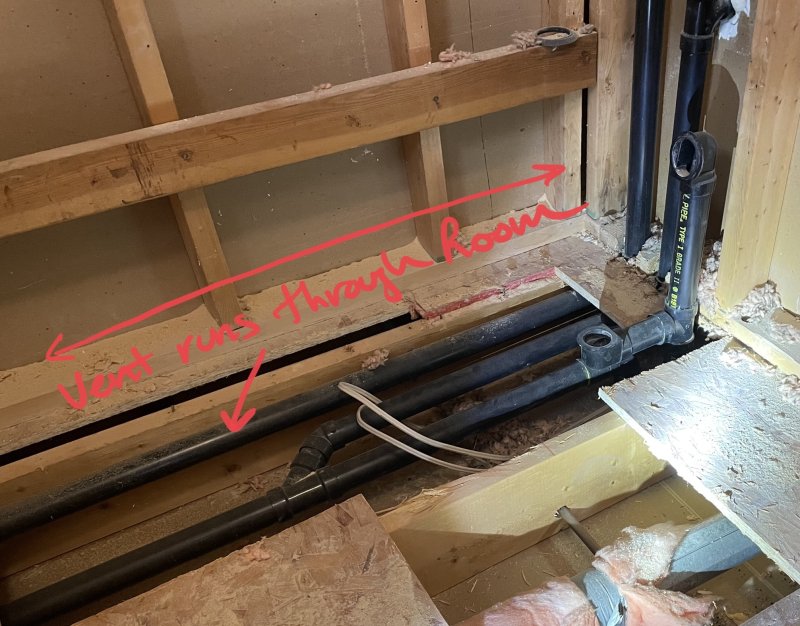 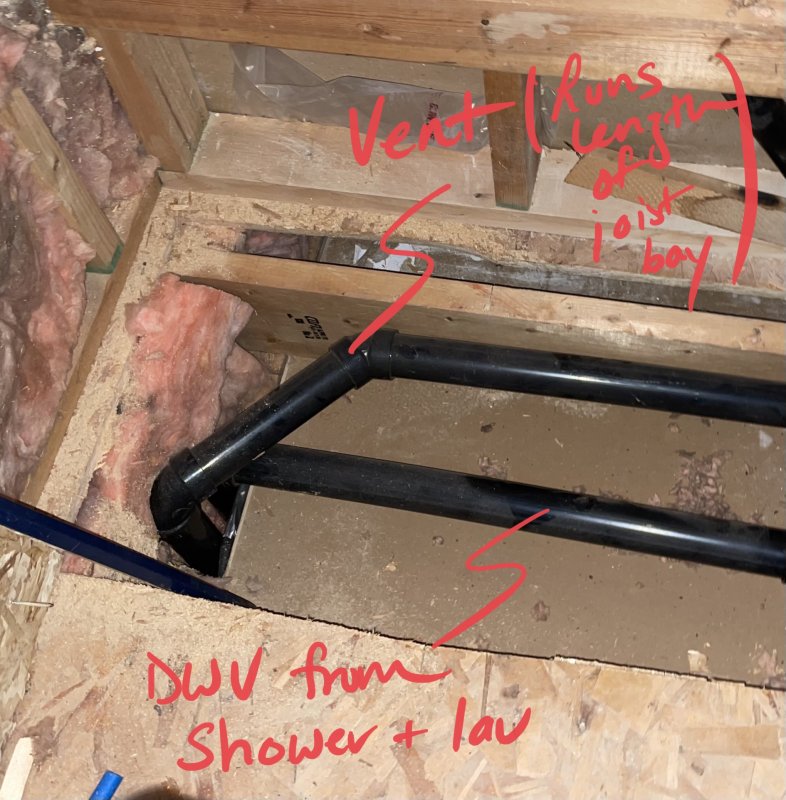 The dry vents from the story below need to stay dry, you can't turn them into wet vents. And right now the lav drain is wet venting the tub; if you divert the lav drain, your tub would end up with no vent.

If you put the lav's san-tee in the wall behind the vanity, then you'll still need to run a dry vent from there up and over through the wall framing to the existing vent stack, so you'll face the same difficulties. Plus then you'll also have to figure out how to run the drain down through that joist and over/under that power room dry vent, so it can still connect up with the tub drain to wet vent the tub.