Vertical wet vent on 45 degree for shower and tub

I'm looking to add a shower to an existing bathtub drain and have learned a lot from this forum so far. However I'm bit confused on horizontal vs vertical wet venting, especially when adding 45s to the mix. Would what I have pictured work? The shower would enter as a horizontal wet vent and the tub would come from 45 degrees (which is considered vertical). I've commonly seen horizontal wet vent scenarios where the lav is at the end and has the vent. I'm open to other solutions but I would still need the 2" vent and 3" main drain line in the same spots.

All horizontal drains will be sloped at 1/4" per foot. The main drain line is 3" and the rest are 2". I'm located in Oregon which follows the UPC code. Thanks! 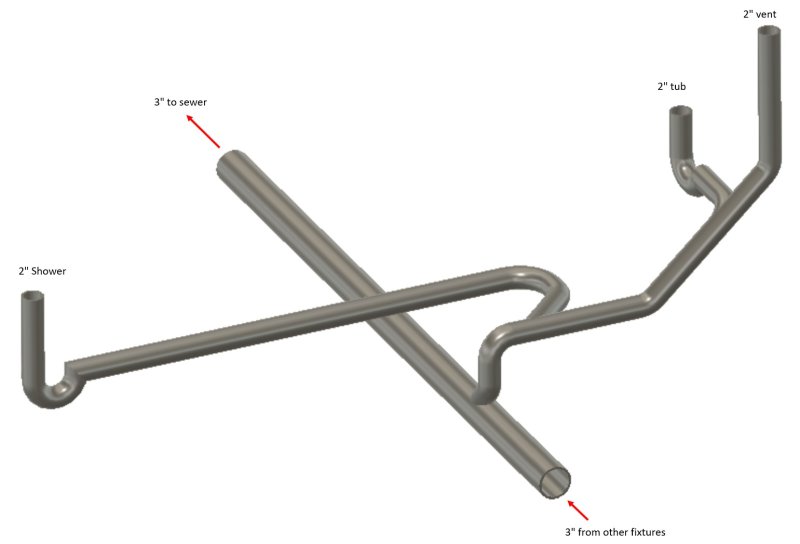 Can you drop the tub trap so it's at roughly the same elevation as the shower trap?

I think you can still use the horizontal wet venting rules with a vertical segment, since that is done all the time with a lavatory. And your dry vent only needs to be 1-1/2" if it's just dry venting the tub and wet venting the shower.

Lastly, are you wanting the tub and shower drains to be confined to joist bays that run perpendicular to the 3" branch drain below? As otherwise you could avoid some of the bends in the shower drain by pointing both the tub and the shower drains downstream (on the 3" drain) at a 45. Even so, I think there's a better configuration where everything comes together, if you are interested, although it might extend into another joist bay.

Yes I believe I can have the traps at the same elevation, the drawing isn't completely to scale.

The dry vent that is already there is actually 1-1/2" so I'm glad that can still work.

It's a crawlspace underneath so it doesn't necessarily need to be within a joist bay. There is already the 3x3x2 wye in the 3" line that I wanted to re-use although after researching it looks like it's easier just to cut it out and start over. Are you saying two 3x3x2 wyes next to each other and only the tub has the vent? For horizontal wet vents, shouldn't they enter horizontal in plane with the 3" branch drain?

Tub trap and shower trap are roughly the same elevation with their outlets above the elevation of the 3" branch. Both trap outlets point perpendicular to the 3" branch as seen from above. The trap arm hits an upright wye almost immediately for the dry vent takeoff. Then the vented tub drain proceeds to over the 3" drain, turning with a LT90 to be parallel to it (above or approximately above it).

The shower trap arm similar proceeds to over the 3" branch drain, turning via 45 and a separate wye, where the wye barrel is parallel to the 3" branch drain, and the shower comes in on the branch inlet. The straight inlet receives the tub drain. This wye horizontally wet vents the shower trap arm. The trap arm from trap to wye is limited to 5' in length and one pipe diameter in fall.

Once combined, the 2" branch drain hits a 45 pointed towards the 3" drain (in the same plane as the two drains), which hits the branch inlet of a 3x3x2 wye on the 3" drain. The details of this connection determine the feasible spacing between the 3" drain and the 2" drain--the closest spacing would be achieved with a 3x3x2 wye with a 2" street 45.

P.S. Depending on the available space as you go downstream on the 3" line, you could eliminate 45 degrees of bend on both the shower and tub trap arm by pointing the trap outlets at a 45 to the 3" line (as seen from above), downstream. That would complicate your dry vent takeoff on the tub trap arm, and lengthen the shower trap arm, so might not work. 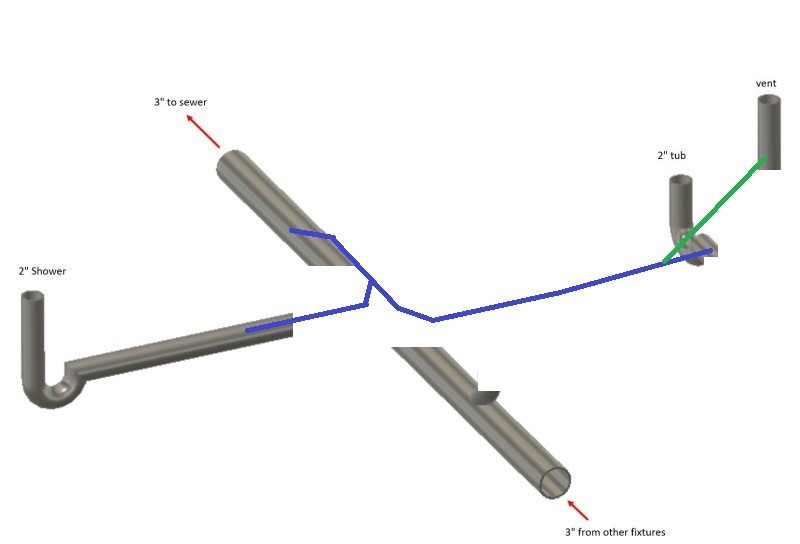 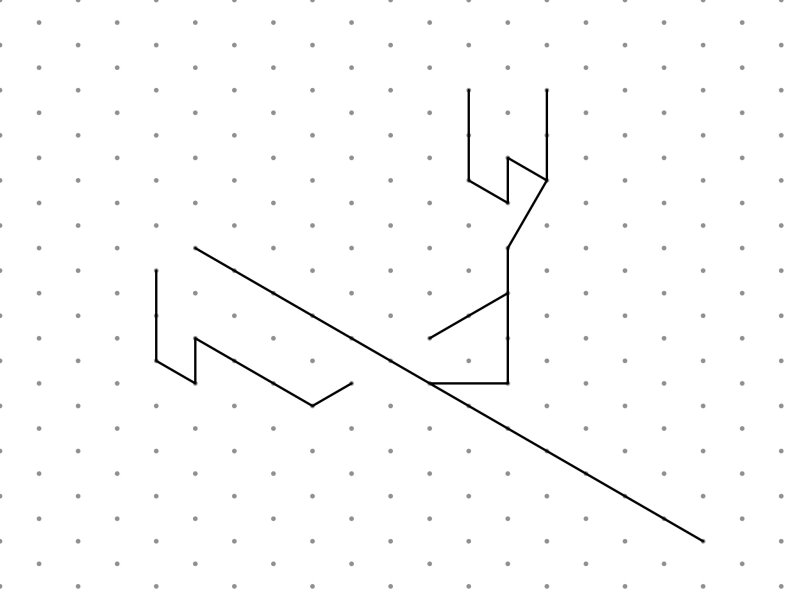 Thanks for the reply John but I don't think I have enough vertical space for that configuration.

Wayne, I like this idea a lot, simpler to understand and execute than my idea. I'll have to go with your 1st idea since I'm close to the 5' trap arm on on the shower drain. For the tub vent, can I use a 2x2x2 sanitary tee with 1-1/2" bushing? The 45 degree vent is going over the foundation block so I would like to bring the tub vent out further instead of being "under" the vent 45 line.

How does my diagram look now? I modified the scale to more closely represent reality. The traps will be at approximately the same level with the shower being higher than shown due to the 1/4" per foot slope. 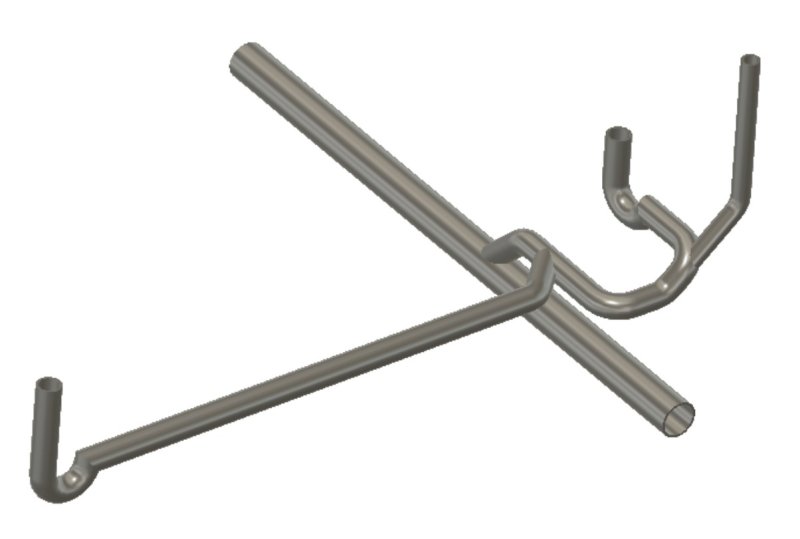 Yes, it's OK to have the san-tee with the barrel on a 45. I didn't follow your comment about the block wall:

If we call the direction the shower line is draining the +x axis and the direction the 3" line is draining the +y axis, then my original drawing compared to your latest drawing would move the vent takeoff +y (since I have the trap arm outlet elbow rotated 90 degrees to point in the -x direction), -x (because it needs to hit the branch of the wye for the takeoff) and -z (because it can be lower since you don't have the san-tee at a 45). Which one of those is less good? Because if the block wall is running parallel to the y-axis, I would think the -x and -z would make up for each other. But maybe the +y actually makes it harder to line up the vent to where you need to be?

Anyway your rendering is fine, just a slight extra complication with the san-tee at a 45, not a problem though.

Okay I get what you're saying. I keep forgetting the trap arm outlet doesn't have to be in line with the P-trap.

The block is indeed running parallel to the y-axis as shown in this drawing. It's actually slightly notched for the vent to make it to the wall. I'll have to try it with fittings to get the tub drain location to work with the vent location. It might be further offset in the +y direction that the width of a P-trap but either way it looks like I have a solution. Thanks Wayne!

Wet venting a toilet with vanity