First pic shows what I believe would be a standard install. P-Trap + P-Trap elbow, connected to a vent.

Second pic shows using a sanitary tee RATHER than the elbow that came with the P-Trap, functioning as both the P-Trap elbow and as the vent coming out the top.

Are there any issues with this plan?

I'm doing a retrofit of a washer/dryer hookup. Small 24" front-load washer/dryer. Due to the location I only have a single stud bay to work with, so I'm trying to be as horizontally tight as possible. I save a ton of space with the second pic but want to be sure I won't hit any issues due to the deep trap or direct vent. 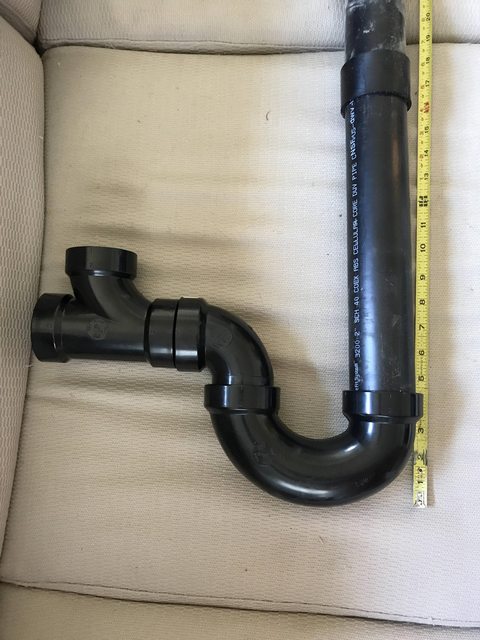 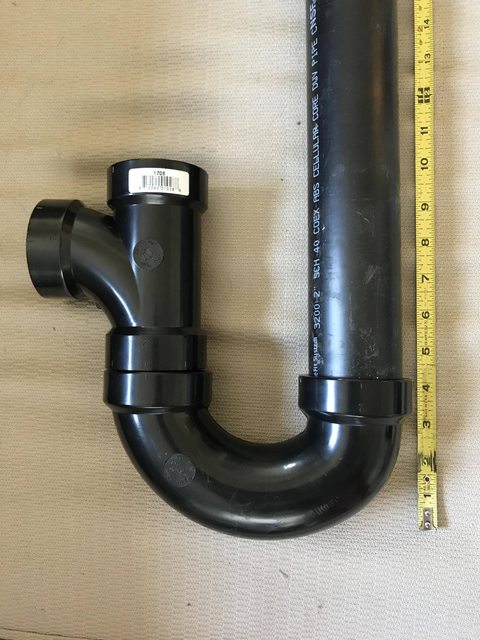 Both pictures are wrong

What's wrong with the first? Using that sanitary tee on it's back? That it's backwards? Thanks.
Last edited: May 27, 2017

Image of the two options if the original pictures are hard to understand: 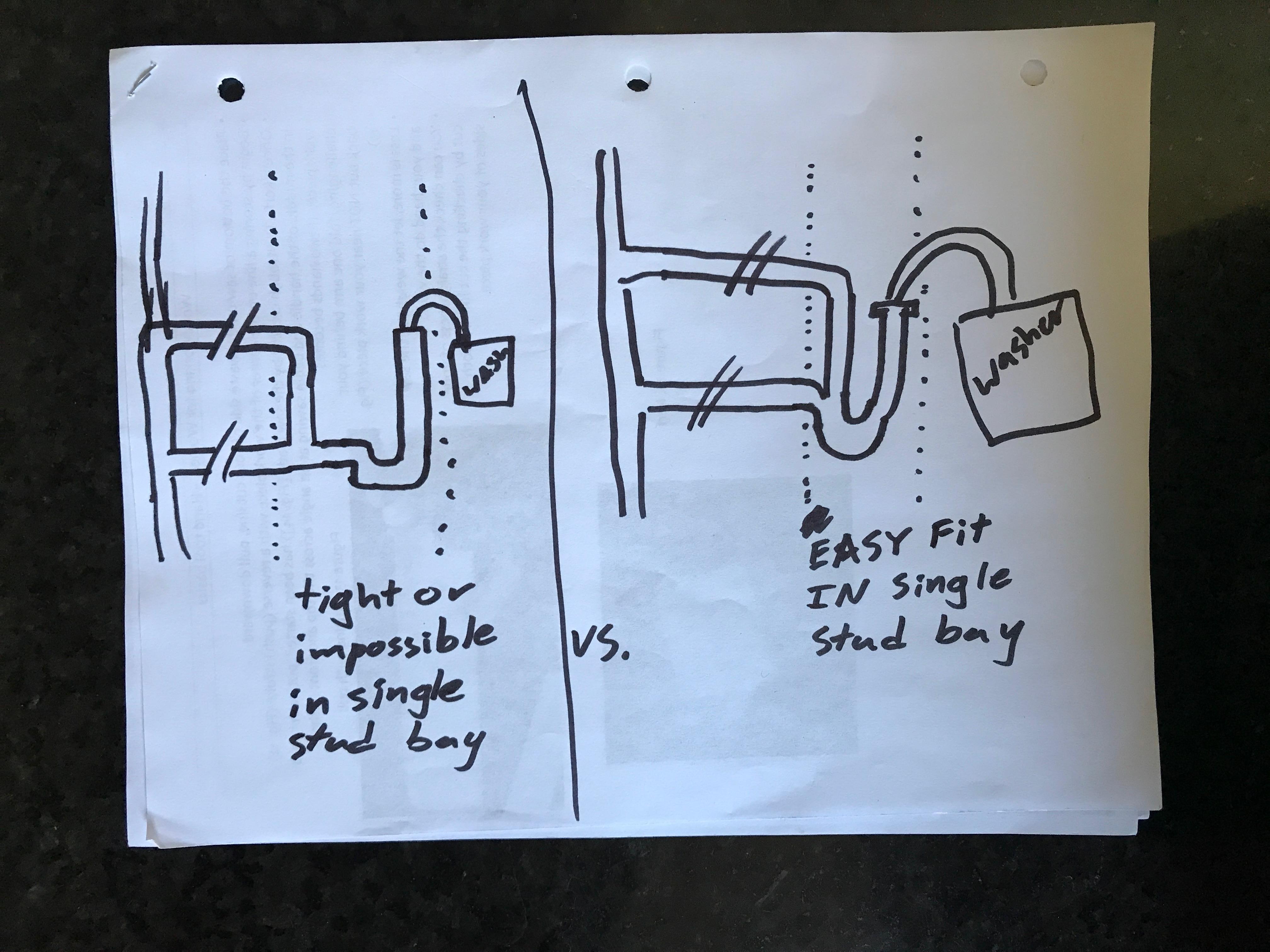 Did some more research and found the term, the second picture is a non-code "Crown Vent" Looks like I'll find another way.

I'd still be interested in hearing why that is not code, if anyone known. From my perspective the crown vent would prevent a syphon of the trap.

With 2" you can have a five foot trap arm. The venting can stay over to the left.

Not to scale unfortunately. I'm far more than 5' to the stack.

This single stud bay is really my only option for venting. The rest of the pipe's length it's running under an electrical conduit with no room to pass upwards as a vent inside the stud wall.

I can either vent it entirely with fixtures in the single stud bay.

Or, I can run a vent in the stud bay directly to the left of this one. I only have 2-3' before I hit the circuit breaker. So the vent would have to turn, go through the stud, and then go up in the original stud bay.

Maybe that is the best option, but it's also my understanding that a vent cannot go horizontal while it's still below the fixture's flood plain..? 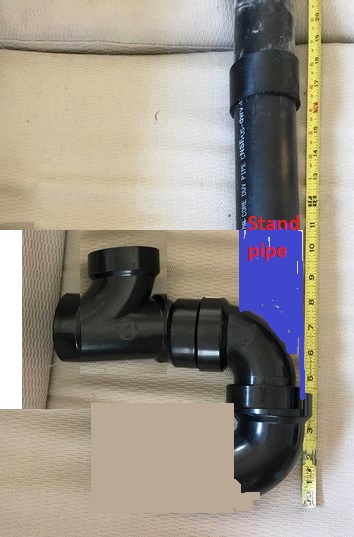 Don't have the p-trap in the same vertical plane as the vent and drain lines. Rotate the trap so that it fits between studs or other instructions. If the standpipe extends into the room rather than fitting a recessed box, it might be partially hidden behind the washer anyway.

Note that I turned your venting fitting around in the picture.

In Mass using TY on it's back is Legal for a vent only, I would change your direction of flow of the TY to drain condensate and help with air flow
You must log in or register to reply here.