We had new flooring installed the other day and the installer mentioned that there was an issue with the toilet flange. Before removing the toilet, I tried moving it and it there was very little movement side to side. I removed the toilet, removed the wax ring and noticed that a couple of the flange securing nails had popped up a bit allowing some movement (not too much) of the flange. It looks like some of the sub floor where the flange was sitting was rotten and allowed a couple of the nails to come up. It is not currently wet so I assume it's been like this for awhile. pounding the nails in didn't change anything.

Is there any issue with leaving the flange like this? I was hoping to not remove the new flooring to repair this.

You really need to secure the closet bolts somehow. They make repair flanges that allow screwing them down outside of the normal round ring. 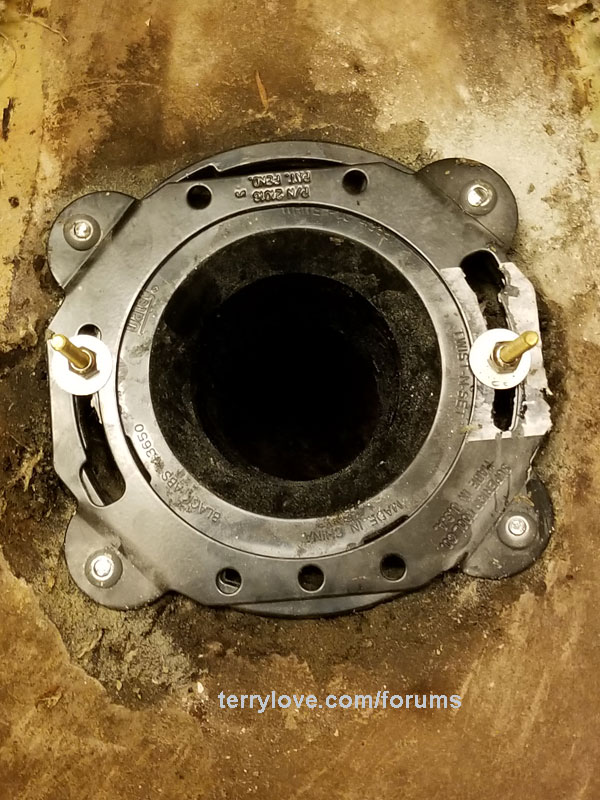 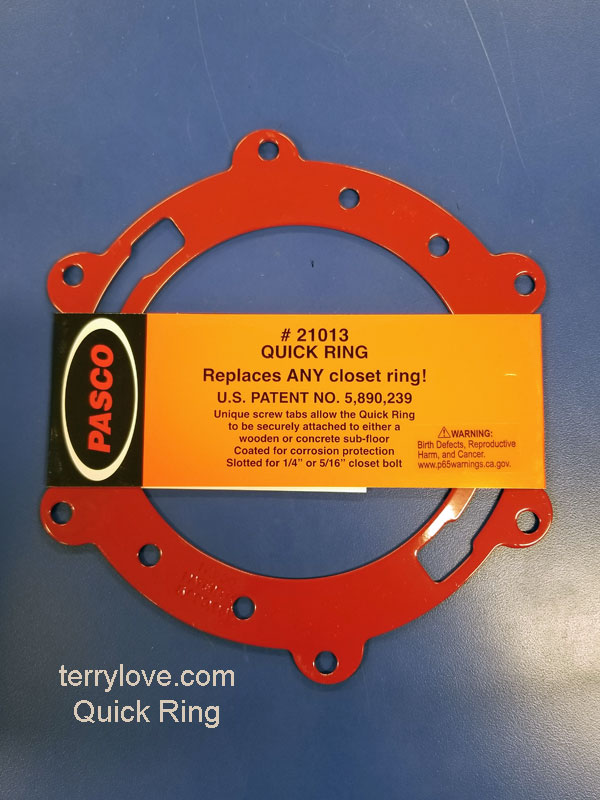 Terry said:
You really need to secure the closet bolts somehow. They make repair flanges that allow screwing them down outside of the normal round ring.

Thanks for the reply. I'll have a look at my local hardware store for this. barring that, would Lepage PL400 be an option to cement the existing flange in place and keep the nails down?

What is that photo? If you wanted to show your flange and floor, you missed.
What kind of floor are the nails into? How about replacing the nails with long screws? Or through-bolts using your access in the crawl space to provide something substantial under there?
You must log in or register to reply here.

Toto toilet leak at wax base

Toilet flange out of level front to back

Do I need to lower my Toilet Flange? Toto resting on the flange
2