Since we moved into our townhouse 3 months ago, we have had a bad chemical smell underneath the kitchen island.

Our pre-purchase home inspector said the dishwasher hose didn't have a high enough loop so we had that corrected.

The former owners said they had a problem with the garburator in the kitchen island where the gasket broke (but they had it repaired). Once we moved in, we didn't use the garburator for a couple of months and then had it removed. The dishwasher also smelled strongly of chemical, so we replaced it with a new dishwasher.

Last month, a plumber said that one of the pipes (air trap) under the kitchen island wasn't sealed properly and had been releasing toxic sewer gas into our air. He sealed the pipe and we thought it was resolved. But the chemical smell has persisted.

Last week end we had a strong smell of rotten eggs around the kitchen when we came home. The fire department confirmed it wasn't natural gas. They said it may be sewer gas.

So on Monday we had another plumber come, and he confirmed it wasn't a problem with the air vent under the kitchen island. On Friday, plumbers came back to do a smoke test. The only place where smoke appeared was in the garage, but the plumber said that was because the balloon they had used to block the drain had deflated a bit, and then he reinflated it. Other than that, we didn't see smoke anywhere. And now no one knows what else to suggest.

We have two little kids living in the house so we are eager to get this resolved.

Any suggestions would be much appreciated!
Sam 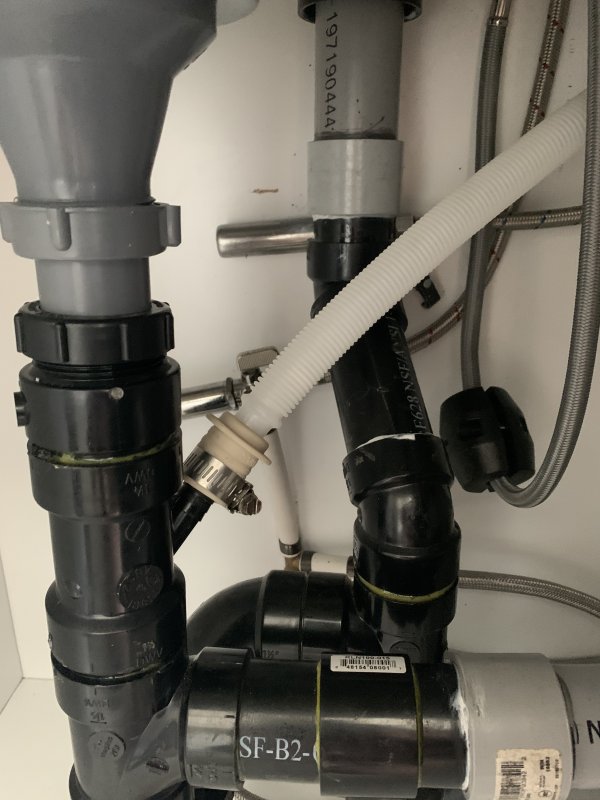 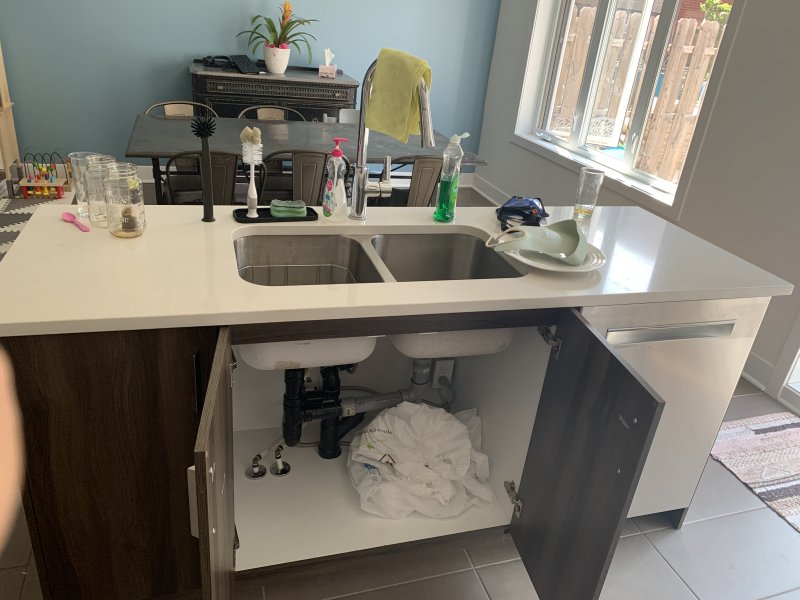 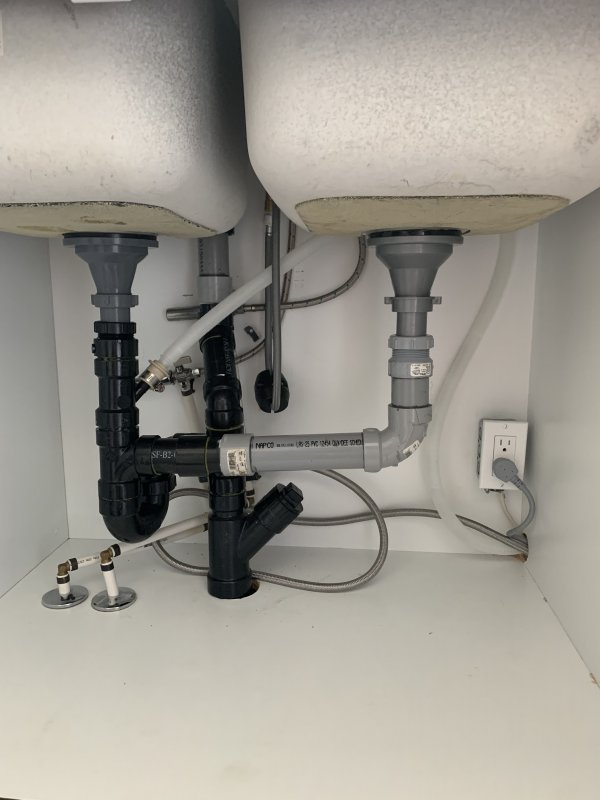 I wonder if the smoke test was effective.... in other words can you confirm that smoke made its way in to the kitchen area? Having the AAV cheater vent would likely not allow smoke to come in kitchen.
I recommend removing the AAV installing some sort of temporary hose to the place where AAV was route hose to out side of house.
If smoke comes out hose and no smoke in kitchen I will be stumped.
At this point that's my only idea
In other words I suspect the test wasn't properly done but can't be sure

Jeff H Young said:
i wonder if the smoke test was effective.... in other words can you confirm that smoke made its way in to the kitchen area? Having the AAV cheater vent would likely not allow smike to come in kitchen.
I recomend removing the aav installing some sort of temporary hose to the place where aav was rout hose to out side of house.
If smoke comes out hose and no smoke in kitchen I will be stumped.
At this point thats my only Idea
In other words I suspect the test wasent properly done but cant be sure
Click to expand...

Thank you! They opened part of the pipe under the sink (see pic) during the air test and we saw smoke coming out so I think it did reach the kitchen.

This may be completely unrelated but I keep seeing these tiny black dots under the counter (even after I removed them a month ago), maybe it's shedding off the bottom of the sink though? (See pic). My husband thinks this is from when the plumber cut the pipe earlier in the week.

well if it passed smoke test then you don't have a vent leak. but I still have doubts run that hose outside and you see smoke bellowing outside kind of close it off so some smoke continues and if there is still no smoke in the house .... we are barking up the wrong tree.
maybe you got a soaked floor on a slab with mold underneath I don't know

Sewer gas is a byproduct of the breakdown of natural human waste. ... The hydrogen sulfide in sewer gas is what gives it its signature rotten egg smell. Sewer gas isn't necessarily toxic at low levels. However, chronic exposure, or higher levels of exposure, can cause symptoms of sewer gas poisoning.

While sewer gas isn't dangerous in small amounts, these compounds contribute to sewer gas toxicity at high levels. ... At higher levels, ammonia is toxic to humans. It can cause organ damage or death. Methane and carbon dioxide are both relatively nontoxic greenhouse gases

Or invest in one of these

Great idea the meter at 100 bucks practically disposable. buy the tool, sell on eBay later ,
Somethings not mentioned ... Is house on concrete slab
If smell is from kitchen sink and its an island leak not likely to be in wall. but smell is often hard to pinpoint by nose.
If not on slab get underneath and do visual inspection
Last edited by a moderator: Aug 8, 2021
You must log in or register to reply here.

Water softener guys placed drain into my Ceiling sewer vent and disaster happended?!!!What are my rights and what would you guys do?

Is this a slab leak?