If the flange is lower, two wax rings?

Hello, I refer to this statement below:

I am just wondering why I would install two wax rings if the flange is lower? The toilet was not designed fort his dual ring setup, the is simply no space for this second ring!

Would it be much simple to install the flange extender with the help of the glue and use single wax ring?

The reason I am asking about this is that my local plummer never heard about installing dual wax rings with all of his 30 years experience...

Also there is an option to install a thicker wax ring:

Another option is just to install WAX FREE TOILET SEAL:

Here is another video about commonly failed wax rings:

You're trying to ensure a wax seal of the distance between the bottom of the toilet and the top of the flange. To have enough wax to fill the gap if your flange is below the level of the finished floor, you can stack two wax rings (usually one with a funnel on top so it doesn't shift around, and one without the funnel underneath). Or you can use an extra-thick wax ring if that will fill the gap.

Any extra wax will smush around, so there isn't an issue of "not enough room".

The toilet is "designed" to have a gap between its underside and the top of the flange which must by law (plumbing code) be filled with an appropriate material, primarily to prevent the introduction of sewer gas into the home. Wax is one very good and traditional material to do this.

Also, most pros don't put the ring on the toilet and then set it, they put the ring(s) on the floor and put the toilet on top, regardless of what the toilet instructions say. So there is "room" if there needs to be.

If you're using a plumber to do the installation, then I'm sure he can do a perfectly-good install and I wouldn't second-guess him. If you're doing it yourself, then following the suggestions here will also lead to a very fine installation.

As Terry just noted in response to the post a few minutes ago, extenders on top of the flange are a significant potential source of leaks, and on this forum, they are not recommended. An extra wax ring is. If you ignore that advice, then one must caulk the spacer to death and let that dry before proceeding to do anything else.

Regarding your comment that your plumber "never heard of doing it that way": Most professionals learn their craft in significant part from apprenticing with another. Accordingly, there are always regional differences, and within regions differences of opinion, in how folks think to do certain things. One great thing about an international forum like this is that you have a very wide range of input from all over. There is more than one way to install a toilet, and all we can offer here is the collective wisdom of some very-experienced and highly-regarded professionals. The creator of this site probably sells and installs more toilets in his region of the United States than anyone, is someone who the regional inspection authorities widely-respect, and has been doing it for a long time. So if he tells me that's a good way to do it, I salute and follow.

I would also say that one can overthink this flange seal thing, perhaps egged on by the manufacturers of alternative methods and various devices like flange extenders. If the flange is properly installed on top of the finished floor, as it is supposed to be but often is not, then you just drop one (funnel-less) wax ring, mount the toilet, and you're good for 30 years unless you have something untoward happen with your waste plumbing or you move the toilet and break the seal. (Installing the toilet in a manner that does not preclude rocking is one way that it can "move" and break the seal.) If your flange is lower than optimal, then, depending upon how much lower than optimal it is, one wax ring may still do it, two wax rings may do it, or an extra-thick wax ring may do it. There really is no need to do it any other way, and this solution is practical and economical.

Thank you for your good advice wjcandee:

"...To have enough wax to fill the gap if your flange is below the level of the finished floor, you can stack two wax rings (usually one with a flange on top so it doesn't shift around, and one without the flange underneath). Or you can use an extra-thick wax ring if that will fill the gap..."

My pleasure. As I said in another thread earlier today, you can measure the distance that needs to be sealed by adding together the gap between the rim of the base and the bottom of the toilet, and add to that the distance that the flange sits below the floor (or subtract the distance that it rises above the floor). As long as the ring(s) fill that gap, plus some distance for smushing and making a nice seal, you're set.

Also remember that one you smush it down, if you move the toilet, the wax won't "snap back" to fill any gap created. So it's important to place it lightly down on the wax, and have any shims ready and in place from when you previously dry-fit it (i.e. put it in place without wax to see if you need to shim it to keep from rocking), and then give it a good slow, firm smush and then don't move it.

wjcandee said:
...and have any shims ready and in place from when you previously dry-fit it (i.e. put it in place without wax to see if you need to shim it to keep from rocking), and then give it a good slow, firm smush and then don't move it.

May I ask you what material would you recommend to be used for shims? What would be approximate shim length and width?

Also would you use silicon to seal the perimeter of the toilet between the tile and the toilet bottom or just have it unsealed?

We use plastic or composite door shims if the bowl needs shimming.

Polyseamseal for the bowl to floor contact; leaving a bit out at the back in case there is a seal leak.
Silicone there can be a bear to pull up if the bowl ever needs to be lifted off. 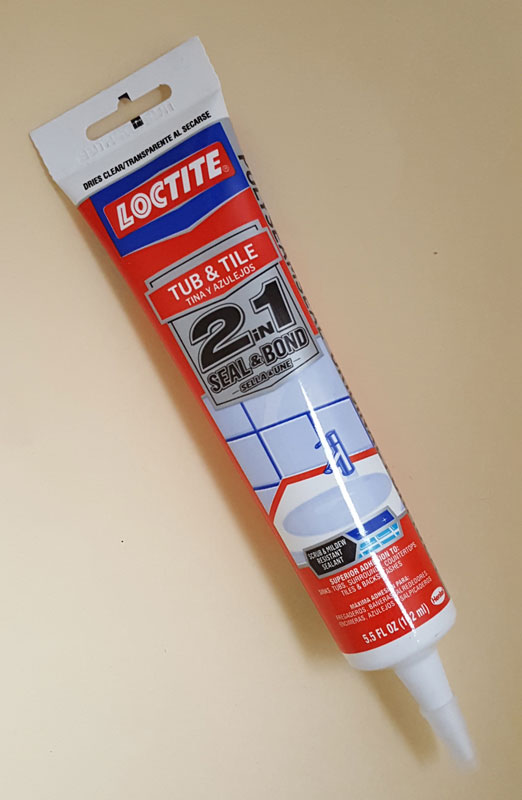 Toilet flange out of level front to back

Is my wax ring likely to fail?