I just purchased a new showerhead and wondering if I can remove or if this unit even has a flow restrictor. Model is a Euphoria 260 showerhead (not handheld). Can anyone tell from this picture? Thanks

That is a flow restricter in there. Sometimes they can be removed if more flow is the desire, or a small hole drilled through it.
What me? Would I ever do that?

Terry said:
That is a flow restricter in there. Sometimes they can be removed if more flow is the desire, or a small hole drilled through it.
What me? Would I ever do that?
Click to expand...

Thanks Terry. I didn’t understand that last sentence. You wouldn’t do it you mean? If you would do it, how would I remove that reatrictor?

Shower heads are restricted as to how much flow they are allowed. I'm not supposed to mess with that.
You might see if the restrictor pops out, or if not and you want more gallons per minute, you can drill a small hole there.
I have sometimes done that with shower heads that squeal when using to change the vibration and sound they make. 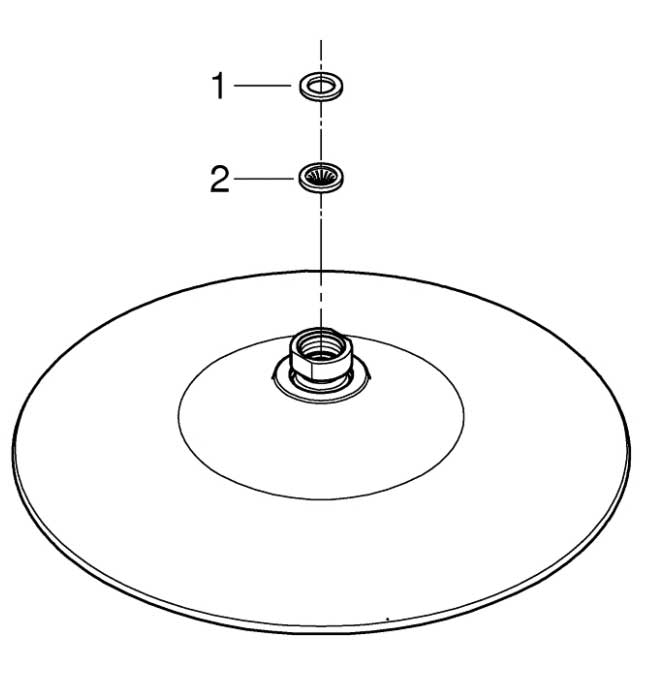 While removing restriction generally will increase the volume, it might lower the ultimate delivered pressure. Having a restriction causes the water to speed up through that restriction...removing it too much, means that while you may have more volume, the velocity or force of the jets could decrease. Think of it like having a hose without a nozzle...max volume, but trying to get the stream to go very far often doesn't work...add some restriction (say, put your thumb over the end), and now the spray goes further, while it might reduce the volume.

FWIW, more volume out of the showerhead will generally mean a shorter time in a shower since you'll empty the tank faster.
You must log in or register to reply here.

Question about Hansgrohe rough out for tub faucet