This is a gas conversion on a Very old boiler that happened decades ago. Started out as coal. I've noticed that the flame, when the boiler is on is blue at bottom, but mostly orange. It has been like this ever since I can remember. In the past a professional heating company had done yearly maintenance calls.

Today I vacuumed out the soot from inside. This didn't change the orange flame. Just for kicks I took the cover off the valve assembly (Roberts-Gordon Appliance Corp. burner no. 302-21X, min/max input btu/hr: 45k, 300k) . There was an air adjustment, large nut to back off, with large flange to back off, allowing more air into burner. this seemed to turn the flame from orange to blue (mostly, a few orange tips). Great!

Shall i just leave the cover off? Is there some reason that it is designed to operate with very incomplete combustion- blue flame at bottom but mostly orange? Will it be creating too much heat now and damaging the boiler? 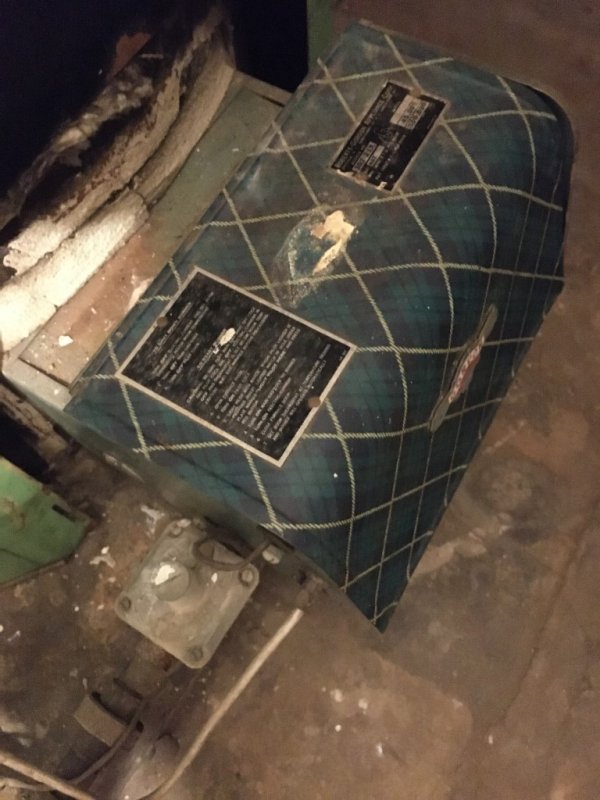 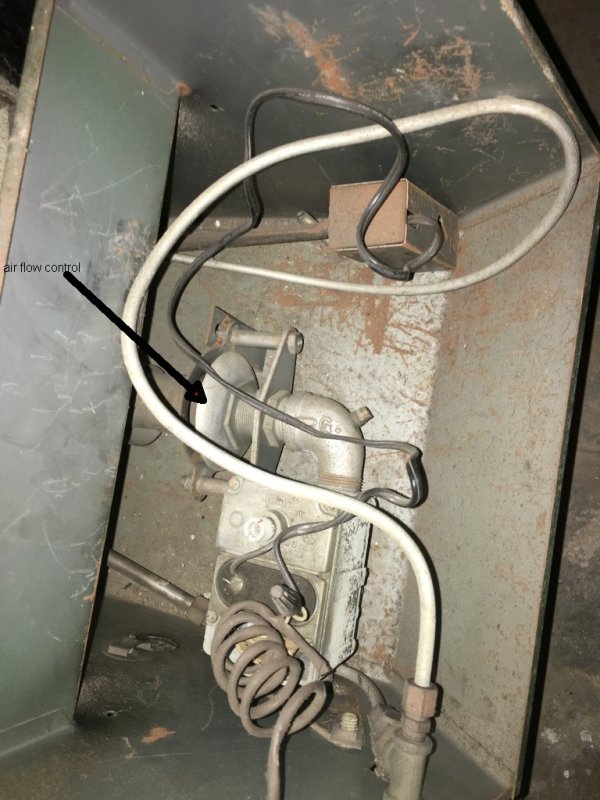 There is a lot more to set up a burner properly. First having a boiler that started with coal the firebox has to be remade with refractory ( fire brick) for the flame design. The draft of the flue because is way oversize.Have Then comes set up of the burner can only be done accurately with a analyzer. Boiler has to be as old or older than 70 old me. If the boiler isn't all full of soot wouldn't worry about it. Your wasting so much gas even if boiler was set up correctly i doubt it would be 60% efficient. Can't tell if its steam or hot water but it doesn't look very big by the gas valve and pipe size. If you don't know the btu rating can clock the gas meter for cubic foot of gas used.

How to Clock a Gas Meter — HVAC Tech Hangout

fitter30, thanks for responding. i don't know for sure, but the boiler could be as old as the building, from 1926. it is hot water radiators, sized for 2 apartments, 2 story building. ap 2600 sq ft living space. I say it started with coal because I seem to remember finding bits of coal, and coal dust behind the oil tanks, which have since been removed. Of course, i was much younger then, so fantasy about coal isn't impossible. But I am certain about the oil part.

from your comment about firebox being remade, does this mean that letting more air get in, so a bluer, hotter flame may be a bad idea. the walls of the firebox are an iron material, magnet sticks to it. top is iron fin assembly. bottom has a clay like material (refractory brick?), disks, that flame comes out around.
I wouldn't argue with the 60% efficiency guess. a number of years ago I looked at getting a new boiler. I assumed 50% efficiency, used bills to estimate gas usage, and calculated that the gas cost savings from a more efficient new boiler (not highest efficiency, maybe 90%) wouldn't return the cost of new boiler within the stated lifetime of the new furnace (20? yrs). I decided not to do it. at the moment gas cost is higher, so it may be different at the moment, but still...

previously the firebox had a swirl of orange flame. after letting more air in, the flames have a more normal flame shape, mostly blue, with orange at the tips.
am i likely to be doing some damage by running it with what seems to be a more complete hotter flame?

I think if it has run fine for many years you should just leave it. When she dies start to look into more effeciancy. A combustion analyzer would tell you if your getting complete combustion but it won't tell you if that helps or hurts your reconfiguration as a whole. When you start to mess with the combustion without guidance from the manufacturer (which I know isn't likley available in this case) you are switching all legal risk onto yourself.
You must log in or register to reply here.