Hi so I have some plastic pipes running off my water heater. Am thinking rather than deal with the installer it might be a simple fix to just buy the appropriate length metal hose and run them myself. i see some 18in kits that will probably work, looks about 16in straight from the blue pex to the expansion connection, so 2inch to loop it back is probably enough.

I assume it’s a straight forward deal though I don’t know how to connect to the blue pen pipe yet, is there something important I should know that may mess me up? 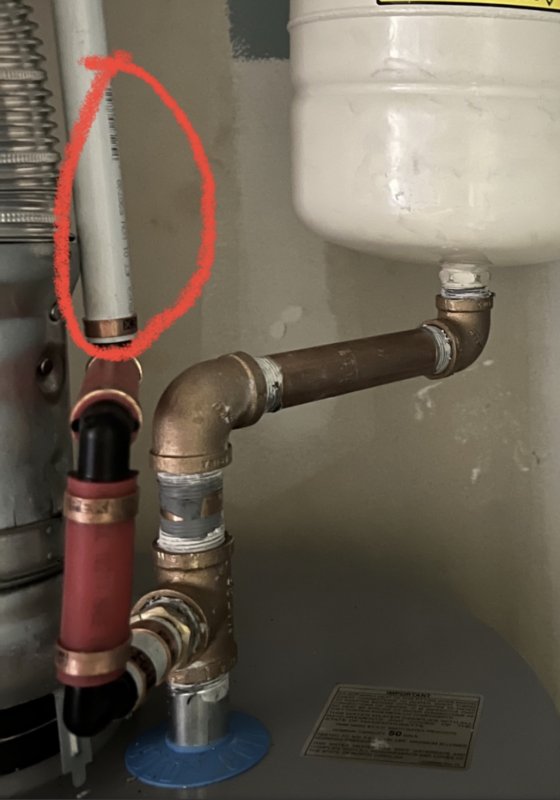 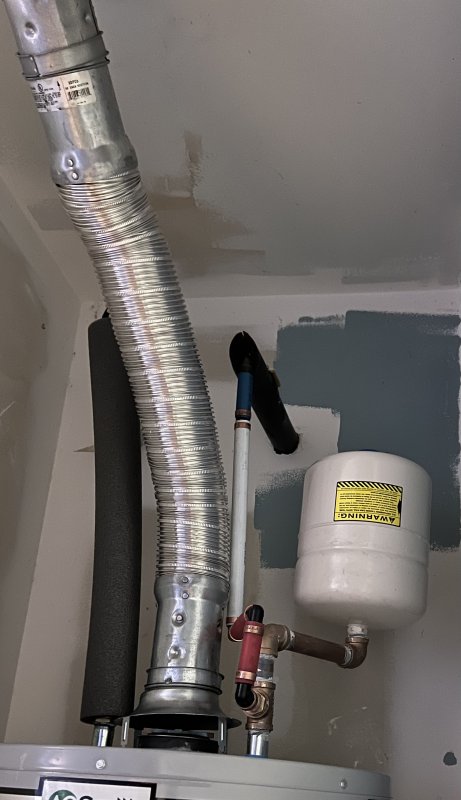 If your going to change the piping change the cold line brass tee and expansion tank piping. Turn the tee where the run ( straight through) feeds the heater and the bull ( side outlet) of tee is going to the expansion tank.

You can't have PEX to the gas water heater within 18"
You can use stainless or copper supplies. 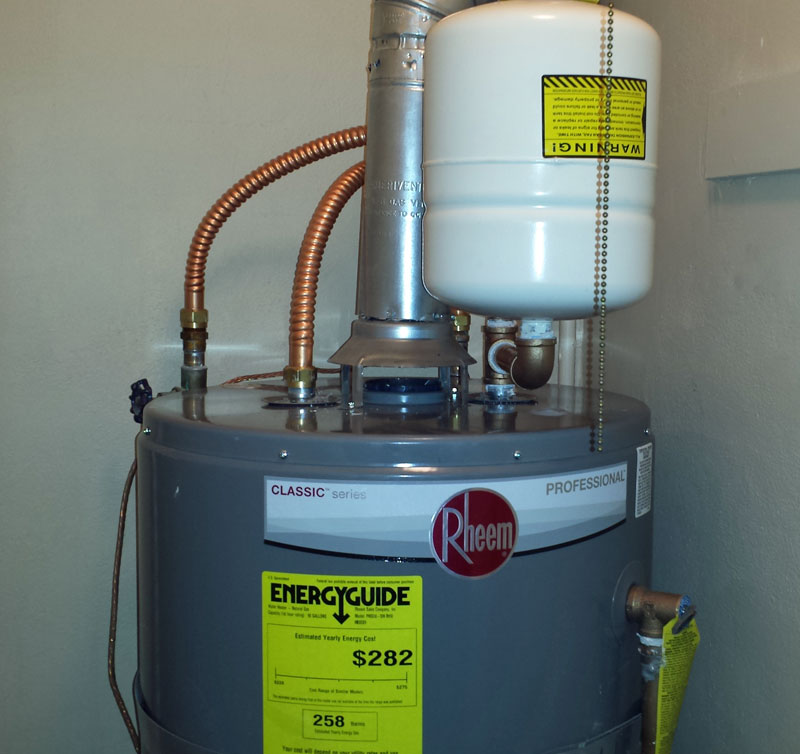 Probably going to tackle this this weekend. I am assuming I will remove the first two extensions he added to the expansion tank, and just run the main pipe and the little 90 degree for it to sit on, coming toward me as in your example. Now, when he sealed it he used a silver tape-I assume this is pretty much the same as the white--and then he used some white putty he put all over everything. Just want to make sure there isnt something i should be worried about when breaking these apart, given that I don't actually know what he was using.

My oly other question is up on the top end of the main water lines. Where the water heater attaches to the cold and hot side, the pex has litle copper circles that wrap around it. Would I need to cut the pex itself above that, then use the shark bite end and then find some little copper circle things as well? Or can those be pulled back with some pliers and reclamped down or something like that? (you can see an example of one of these on the bottom of the white hose that is circled in red.)
You must log in or register to reply here.

Replace or repipe a water heater that was piped incorrectly?
2 3

New water heater - Vent pipe seems not to be plumb ?