Can't build a plumber's box because of HVAC duct - other solutions?

Still early in the reno process and can play with the layout a bit. My space is 11'3" x 5. Formerly 1.5 baths, merging to a single full bath. Took up the subfloor and quickly realized that my planned layout wasn't going to work. 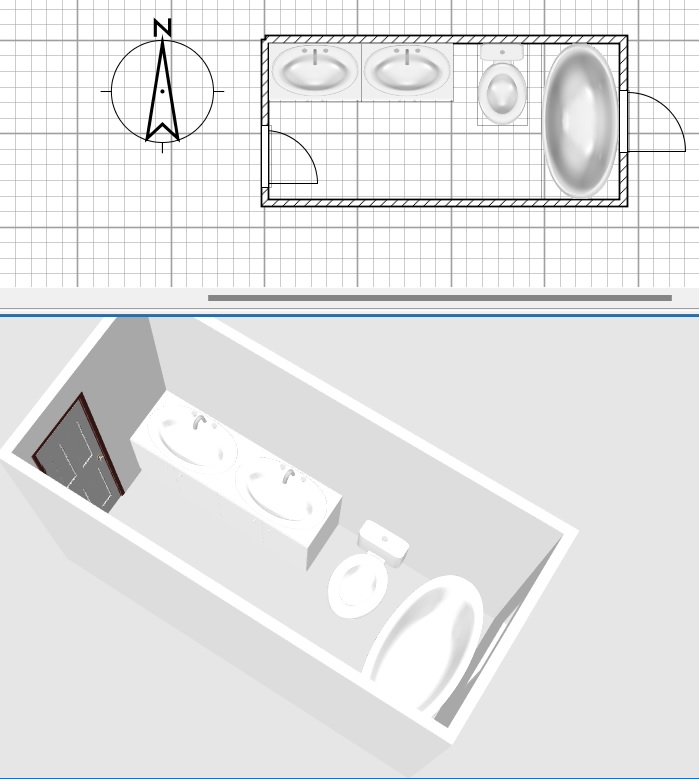 Below is where I planned to put the 30" tub/shower (despite tub in the picture, I'm thinking a standard alcove tub and shower), but of course the first stud next to the left of the old toilet flange is at exactly 16", to the left of that is a 5.5" x 8" HVAC duct, which prevents me from doing a plumber's box. (I am not responsible for any existing plumbing/framing-- I'm guessing a handyman special). You can see just in front of my feet there's a "step down" to accommodate the original plumbing. But closer to my feet, the ceiling returns to normal height. The joists are 2x8.

Here's the whole space (before I pulled up the subfloor). That's a 3" stack dividing the rooms-- I'm going to cut it off below and run it up to the attic in the wall to the left.

After realizing I couldn't do a plumber's box, I considered this layout: 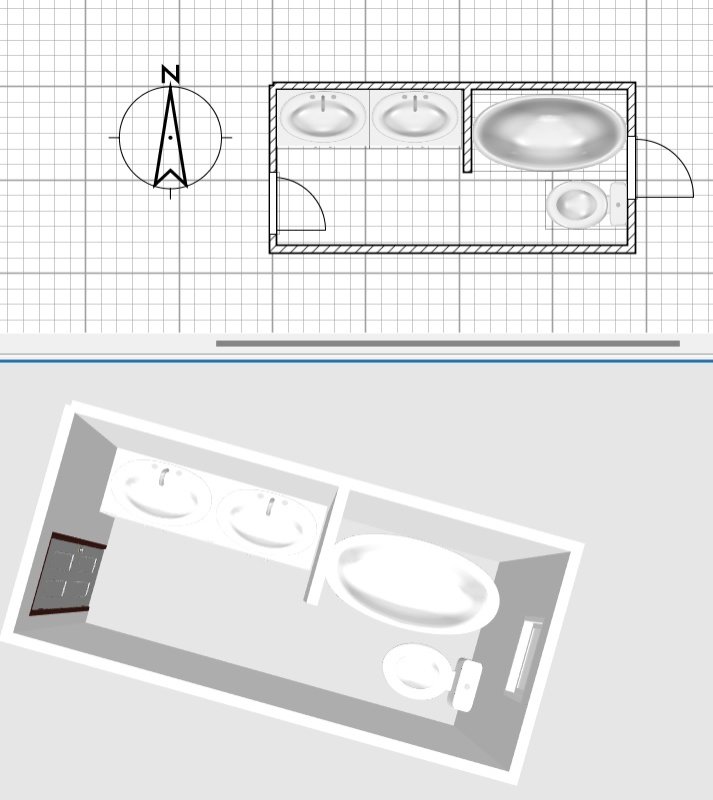 Perfect, except, as you can see, there's a window straddling the tub (there's 18" on either side of the window).

What are my options here? So far, the only thing I can think of is putting the tub on a small platform to accommodate the plumbing. I could also move the duct over one joist and make a plumbers box, but that would mean 1) finding 5.5" x 8" duct/connectors and 2) installing a new register in the master bedroom in a less than ideal location (behind a bed).

A couple options for the original layout:

There are all different ways to heat a room. I don't think a vent would stop me. Its just a matter of what YOU want to do.

Thanks Wayne-- I was just about to add that I could go with a narrower tub. The above floor drain is exactly the kind of solution I was looking for, and that one you posted the link for is actually pretty good looking-- thanks!

Well if anyone else runs into this problem, it turns out Oceania makes standard size tubs that have off-center drains. Their Pure 6030 drain is 13 7/8" o.c., which should just work in my situation. https://www.oceania-attitude.com/data/baths/alcove/pure/1186

It's about $300 more than the Kohler I wanted to buy, and it has an integrated apron, which I'm not crazy about, but it beats the alternatives.

Edited to add: Kohler makes a version of the 30" Underscore with a drain 14" o.c. as well for much less than the Oceania tub. But I ended up going with a standard 32" tub, bumping the wall out 2" such that the drain falls exactly in the narrow gap between the joist and the vent duct.
Last edited: Mar 5, 2022

md9918 said:
Well if anyone else runs into this problem, it turns out Oceania makes standard size tubs that have off-center drains. Their Pure 6030 drain is 13 7/8" o.c., which should just work in my situation. https://www.oceania-attitude.com/data/baths/alcove/pure/1186
Click to expand...

FWIW, that drain is centered in the bathing well. The tub just has a wide deck on the outer side.