I am redoing my bathroom shower. The original shower from 1987 was a two handled shower. I didn’t realize that was no longer legal in California. So I purchased a very expensive showerhead and two handled set. Unfortunately there was no notification on the website about compliance. My contractor said he cannot use it. The manufacturer insists that it’s fine if I install a remote pressure balancing valve. The contractor says the building inspector won’t pass it even if we do that.

The manufacturer is charging me a 25% restocking fee. I believe they should have known it is not compliant and at least alerted me that this would be an issue. They are a California company, by the way.

They are still insisting that I should not have any problem.

I’m not willing to tile in a valve that won’t pass inspection but I am curious if they’re right, that I could just get the valve at Home Depot. (They don’t make such a valve).

thanks for any help you can offer.

Looks like CPC 408.3 is the relevant piece of the California Plumbing Code:

Explore a searchable database of US construction and building code. Code regulations are consolidated by state and city for easier navigation.

I included the full text below, but the important part is "These valves shall be installed at the point of use." So a remote pressure balancing valve is not a compliant option for an individual shower.

Showers and tub-shower combinations shall be provided with individual control valves of the pressure balance, thermostatic, or combination pressure balance/thermostatic mixing valve type that provide scald and thermal shock protection for the rated flow rate of the installed showerhead. These valves shall be installed at the point of use and comply with ASSE 1016/ASME A112.1016/CSA B125.16 or ASME A112.18.1/CSA B125.1.

Gang showers, where supplied with a single temperature-controlled water supply pipe, shall be controlled by a mixing valve that complies with ASSE 1069. Handle position stops shall be provided on such valves and shall be adjusted per the manufacturer's instructions to deliver maximum mixed water setting of 120°F (49°C). Water heater thermostats shall not be considered a suitable control for meeting this provision.
Click to expand...

Places like Home Depot sell lots of plumbing parts that aren't code compliant. They know that too, but figure they're so big that they should get their way. Inspectors don't see it that way though.

It used to bother the Bellevue plumbing inspector, making it his job to tell homeowners that what they installed wasn't compliant. He would have loved the hardware stores to comply with with they were selling to stop the waste of time and materials. Big waste of time to call an inspection just to find out the job wasn't done right.
Or I guess you can say, at least they found out before using it and having issues.

At my mothers place, I was showering in the 36" shower stall, while someone was in the kitchen working the kitchen faucet.
It was not a good thing. After the shower trying to dodge the changing temperatures, I made up my mind that I was going to change out all three shower valves to ones that had balancing. It was way better for everyone after that.

And it's not just a California thing, it's the entire America's. Being scalded or suffering with too cold, then too hot, well............we're way beyond that now with the plumbing codes. It isn't 1920 anymore. 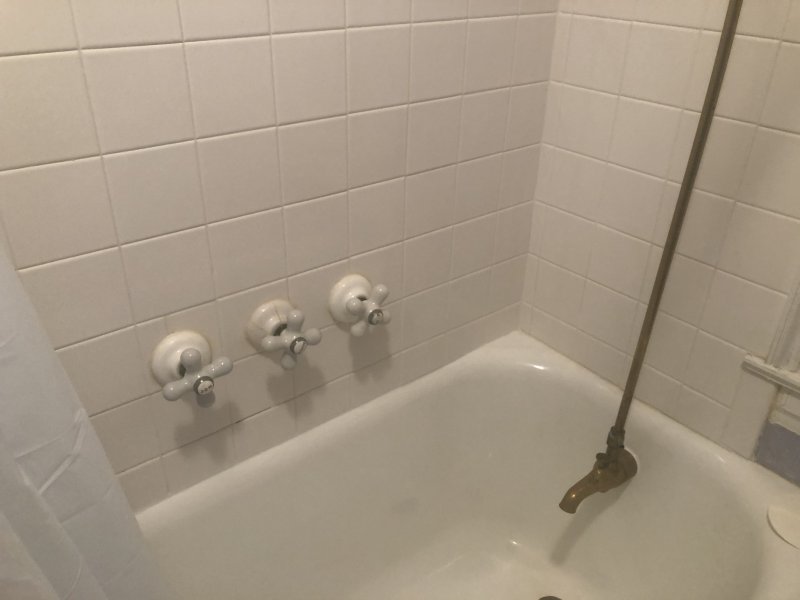 Anti-scald technology for showers has been part of the NATIONAL plumbing code for many decades (since the 1980's). States can make those rules more stringent, but not less, so IMHO, a reputable company, should have at least had a statement on their website discussing that.

A two-handle, hot/cold supply simple mixing valve is not anti-scald without additional items external to it, and it appears that CA does not allow an external device to accomplish that function.

wwhitney said:
Looks like CPC 408.3 is the relevant piece of the California Plumbing Code:

Explore a searchable database of US construction and building code. Code regulations are consolidated by state and city for easier navigation.

I included the full text below, but the important part is "These valves shall be installed at the point of use." So a remote pressure balancing valve is not a compliant option an individual shower.

We have used the Tempera Pressure Balancing Valve where dumb homeowners want to use a non-pressure balancing shower valve.
Costs them a lot, but we don't have to care.
It can be installed behind a panel close by (not in the shower) or oriented so that the access part is accessed from a S.S. trim plate. Adds about $600 labor plus the part.
https://www.pppinc.net/products/the...re-balancing-valve-12-fpt-trb-2-tcp-2hls.html 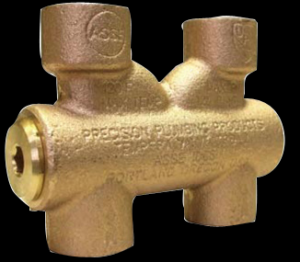 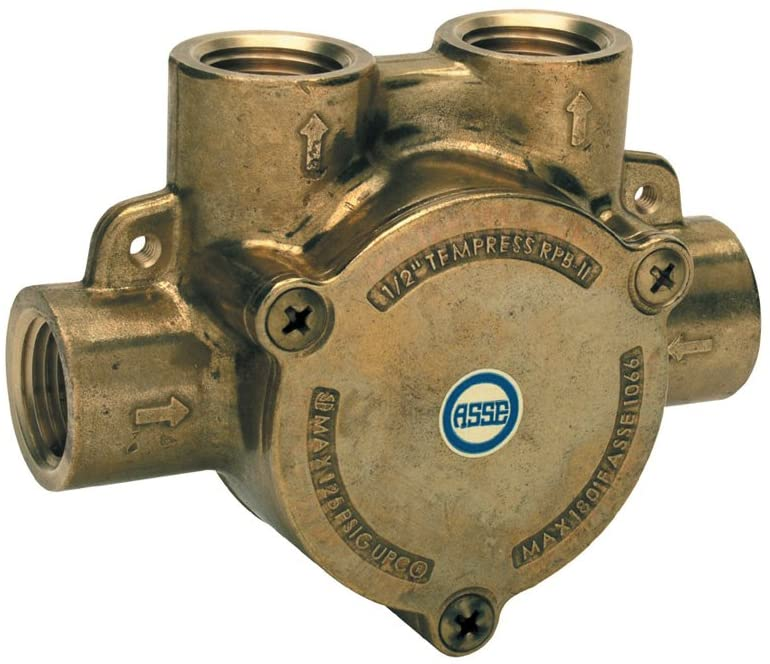 Grohe makes one too

We normally add two or four lever handle shutoffs to make servicing even easier.
You must log in or register to reply here.

Is there any requirement for structural support for a rough-in shower valve housing?